Take a look at the screenshot below. 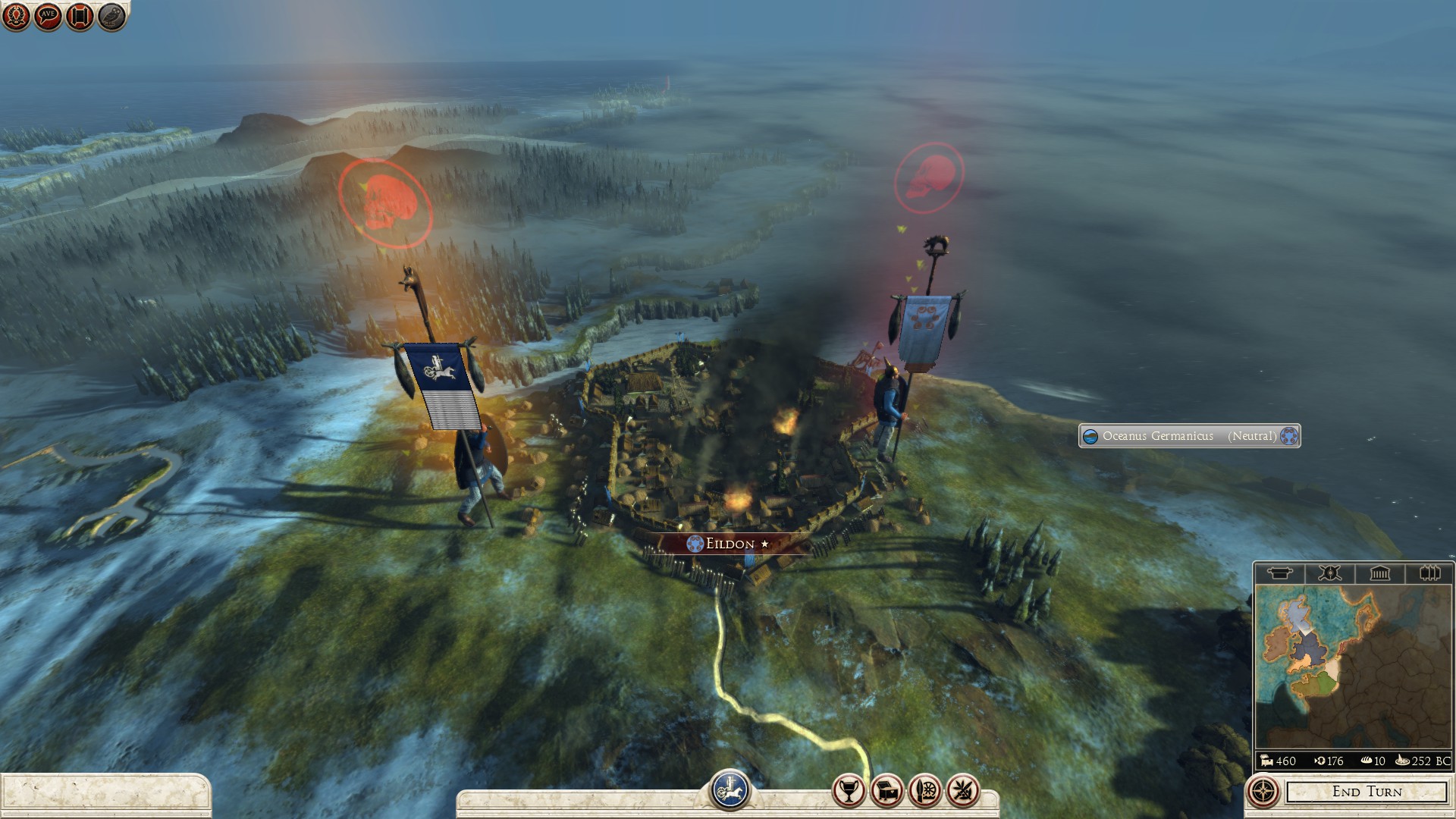 The left army is mine, sieging an enemy city. The right army is an enemy's army (same faction as the city I'm sieging) that I just defeated in a battle before laying siege.

At first I thought the red skull means that it (the army) contains the last leader of a faction, but this can't be true because I have other generals as well.

As mentioned by @5pike, the red skull symbolises attrition.

There are several reasons why an army or a fleet can suffer from attrition, here are some:

The red skull means that they are suffering from attrition.

Aside: Yeah, I know the sources are weak. I try to find a better one :P

Not the answer you're looking for? Browse other questions tagged rome-2-total-war or ask your own question.

3
What does an aura of light around an army mean