What does an aura of light around an army mean

Take a look at the following screenshot. Full size here. 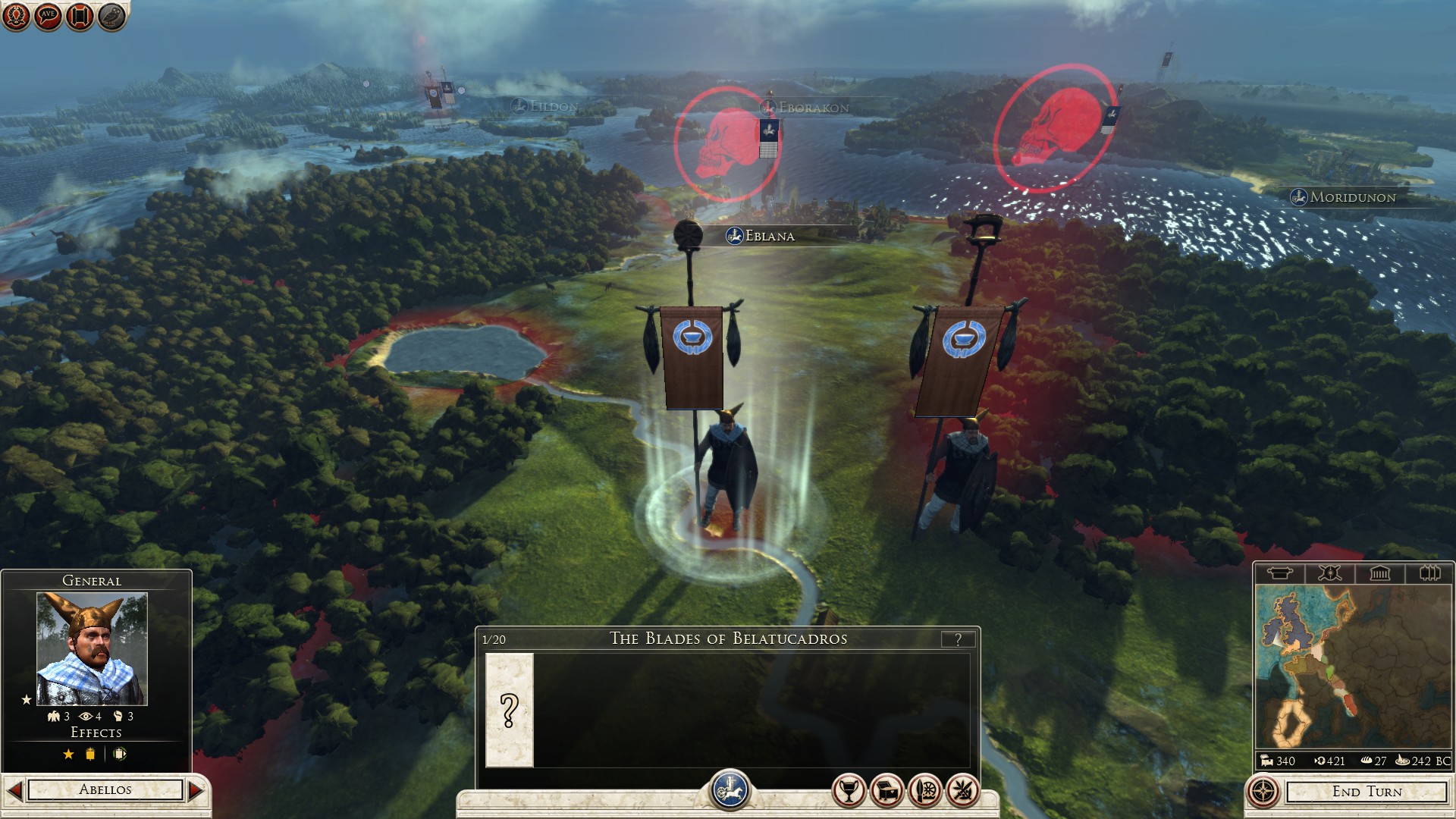 as you can see, only one of these enemy armies has an "aura of light" surrounding it. This faction doesn't have any settlements left, so maybe that's got something to do with it?

The screenshot shows 3 different auras, here is what each are and what they mean:

The character to the right only has one aura, which is red: the red aura only appears on characters that have the red skull above it, which represents attrition damage, see this answer.

The character to the left has three different auras, one of which is barely visible (notice the red aura at the unit's feet). The white aura replacing the red one, which is surrounded by Rays of God only appears on characters which you are currently inspecting by left clicking on it.

The last visible aura in the screenshot is the white circle of light at the unit's feet. It only appears on units that are currently in the "Forced March!" stance, allowing them to move twice the usual distance on the overworld map at the cost of not being able to attack (they can still defend, however), as well as penalties in field of view and morale during combat.
Fleet have the same aura for their own version of "Forced March!", which is called "Double Time!", as well as a similar aura for their "Patrol" stance, which is a white circle of vapor floating above the fleet.

Not the answer you're looking for? Browse other questions tagged rome-2-total-war or ask your own question.

7
What does a red skull above an army mean in Rome 2 Total War
4
What do the different colours of fumes over cities mean
4
What bonusses does a Roman Empire and a Roman Republic give?