In Fallout: New Vegas, is it possible to drop bottle caps?

I ask this because I'm playing the New Vegas Trade Center mod and I'd like to put my bottle caps in the bank there. Unfortunately, bottle caps don't appear in my inventory; they only appear in the bottle cap counter at the top right of my pipboy.

I notice that Alchestbreach (an online reviewer) doesn't have this problem. Could this be because of some patch?

Yeah, it's not here at all. Here I'm trying to transfer them to ED-E. 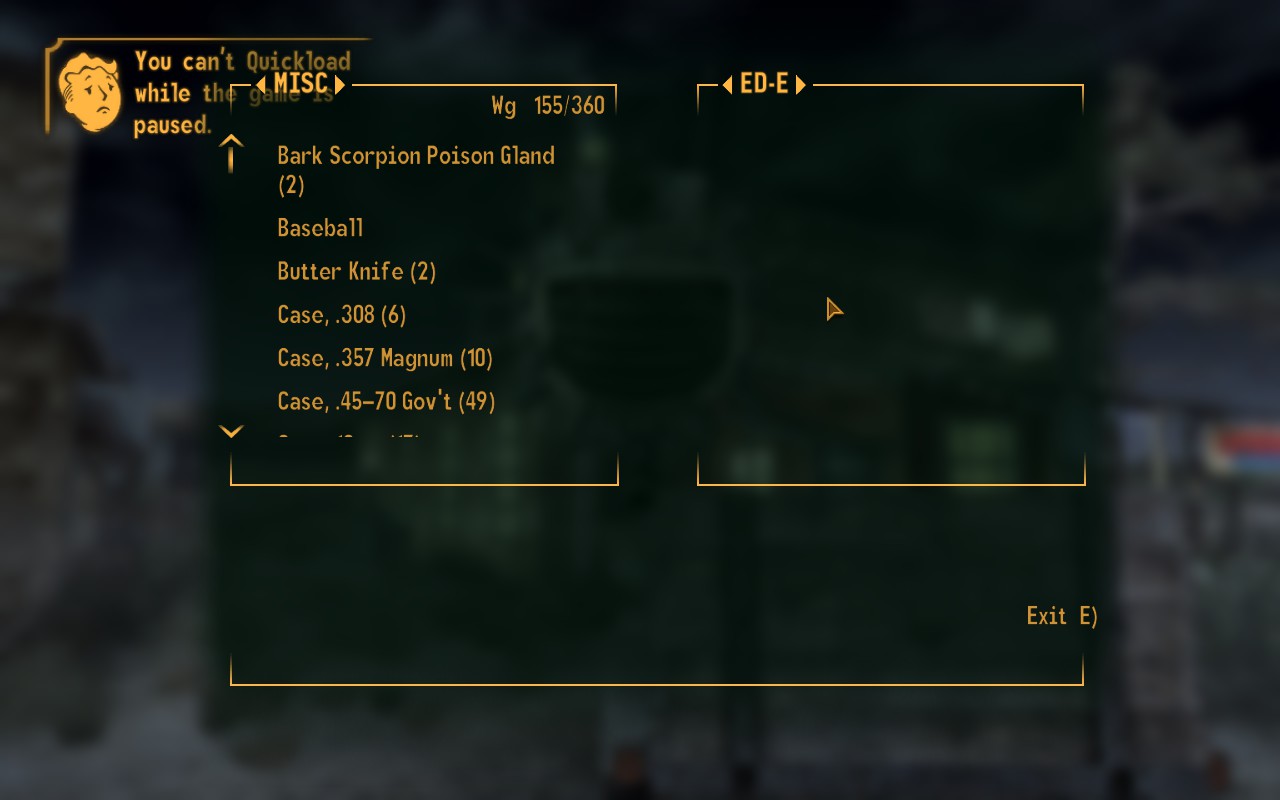 Over here, I'm trading with Chet (ridiculous amount of caps courtesy of not having a life) 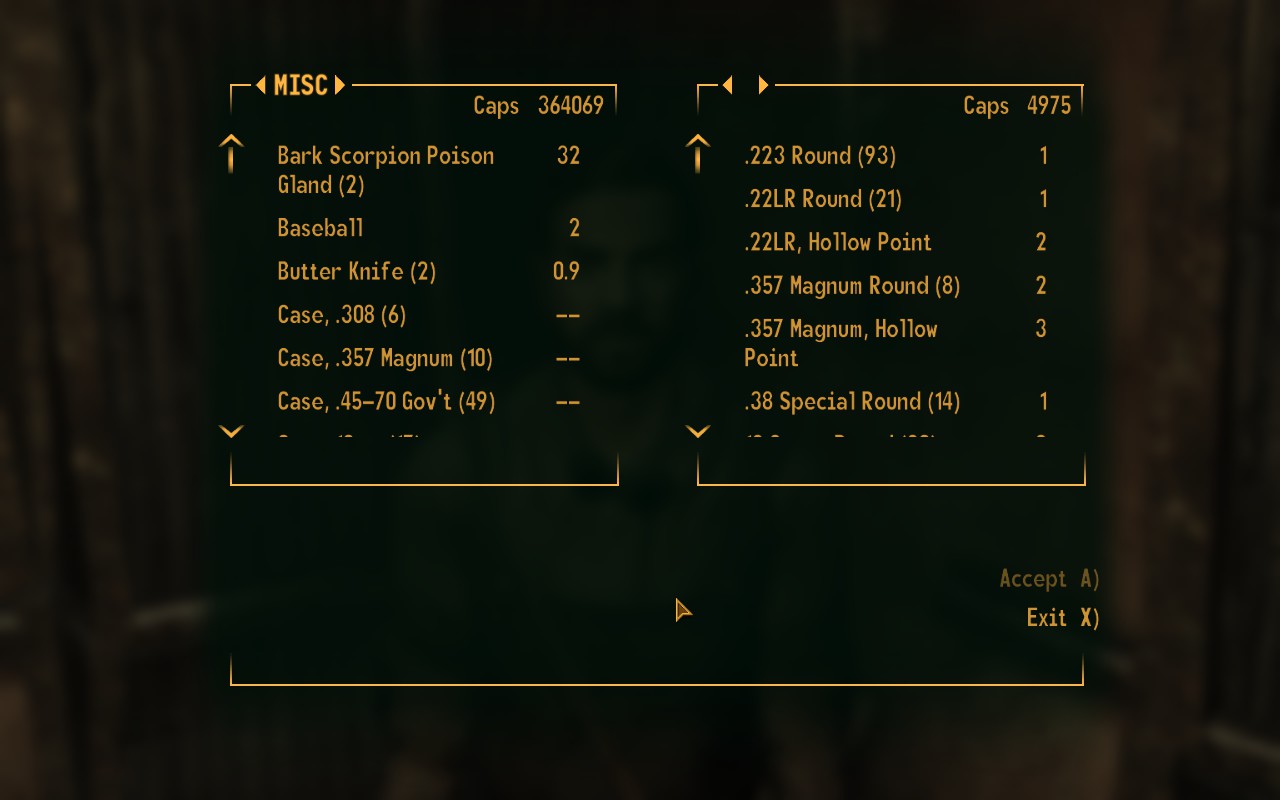 Unlike Gold in Skyrim, Caps are not considered a manipulable inventory item in the F:NV Engine. Your caps are kept in a separate counter at the top of the inventory window.

There isn't a way to outright drop caps. You have to either use mods, console commands, or find alternate ways to store money.

As for mods, you can use this Nexus mod to turn bottle caps from an entity into an item. As the mod advertises, this allows bottle caps to be dropped or stored in containers.

Likewise, you can use console commands to drop your caps. Just be careful, entering negative numbers can crash your game, and dropping too many at once may have the same effect. You can read a little more from this Reddit post. The actual command is: player.removeitem f <amount>

Lastly, while you cannot store bottle caps you can store legion money and NCR cash. Consider visiting a casino, investing all of your caps as casino chips and immediately ask the casino's cashier for payout in faction money. You should get a payout that is almost the same amount as caps (legion coins are worth a minimum of four caps, payouts of less than four chips are given in caps instead).

This faction money can be dropped, stored or even sold to vendors and can always be converted back into caps by reversing the process written above: convert faction money into casino chips, immediately turn in casino chips and request your payout as caps.

There are not many benefits to having your caps separated from your character - they weigh nothing and limit your ability to make purchases. But for the few occasions where all your caps are removed only losing three caps is preferable to losing thousands.

Not the answer you're looking for? Browse other questions tagged fallout-new-vegas .