What are the differences in maps between difficulty levels?

I noticed that Four Stores always has the door in the back alley (see the image) open on Normal difficulty, but it's always locked on hard and above. 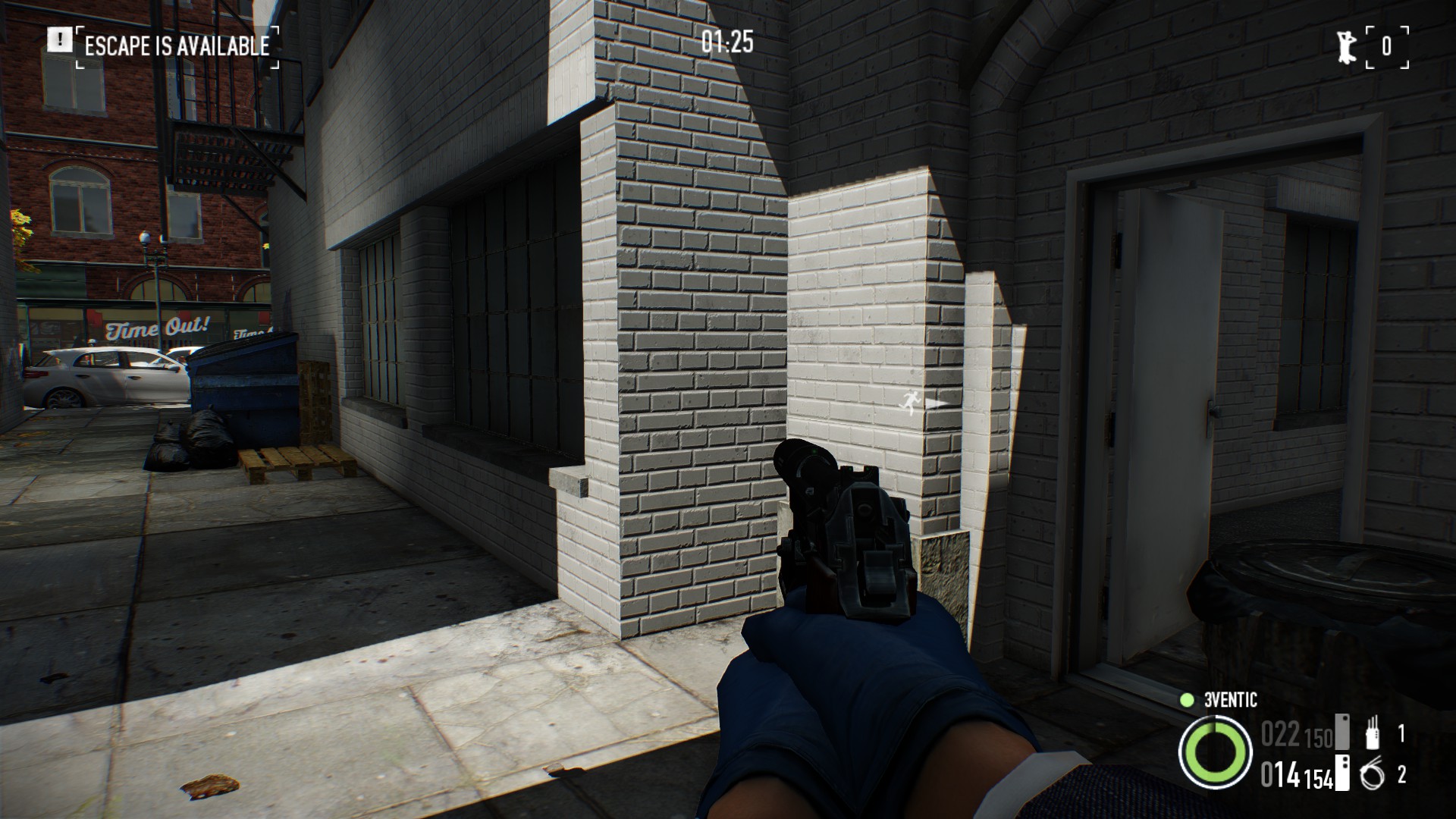 What maps are affected by difficulty and how are they affected?

All maps have different variation for each time you play it, and the difficulty will effect what appears in the map.

The things that change relating to the difficulty is things like ATM's, safe's, large safe, camera's, objectives, additional loot, etc.

For example on Four Store on difficulty normal - overkill there is normally atleast 1 ATM on the level, but in Deathwish the possibility of getting an ATM is extremely low if not impossible.

The same rule applies with security features. for example when playing the Ukrainian job on noraml - hard you will have normal safes where the tiara is store and when you go to play on overkil there will be Titan safes which cannot be blown up. and on Deathwish there will always be titan safes and potentially titan cameras which cannot be destroyed.

In the nightclub job, there's an extra entry on normal into the backroom from the bar. Otherwise you have to take a blind corner and maybe walk into a thug.

All maps are affected by difficulty. As stated above, anything in the map can change, most notably guard positions, how often they move about, and how well they will detect you. You'll find in DW and above that guards will come about areas you need the most critical access to, such as the cam room in Bank Heists, or objectives.

Differences also include some obvious ones, such as the amount of enemies that will spawn during an assault wave, the difficulty of the assault waves (From regular cops to tans, from dozers to black skulldozers), the increase in specialty units, the damage that they deal.

Also included are the position of items, such as where the crowbar is on Shadow Raid, or where certain cameras will be located. Cameras tend to be upgraded as you progress to DW, where you will most likely find unbreakable cameras (shown as white boxes). Some items become more critical to get in pre-planning, such as getting thermal paste and the amount of locked gates in the sewers on Shadow Raid.

Safes also change as well. In Death Wish you will most likely find Titan Safes, which are, compared to normal safes, unable to be blown up with C4 and lockpicked, only being able to be opened by drill.

Last and not least, money. Killing civilians in higher difficulty levels will take more out of your spending cash (penalty), where loot bags and instant cash rewards will also be bigger as well.

7
How does rewarded money work (pay grade, day rate, offshore account, ...)?
4
How does the level penalty in the postgame experience tally work?
7
What are the types of bag loot items and how much are they worth?
3
Will new civilians spawn mid-mission? (Or: I'm out of cable ties, can I just kill everyone?)
8
How exactly does suppressing enemies work?
2
What are the possible numbers of meth ingredients in Rats - Day 1?
2
Why does no one drop into my public Payday 2 game?
1
What are differences/perks of the different Ballistic Vests in Payday 2
11
Is it possible to tell if the Gangsters will backstab you on Day 2 of rats?
3
What missions are needed to earn the "Difficulty Masks?"