Which effects do not persist to a new game?

In the original Diablo, after defeating Diablo (or whenever you feel like it) you can start a new game with the same character retaining your character stats and items. Except that some things do not persist to the new game. The ones I know about are:

Note 1: Not sure if there would be differences between single-player and multi-player, but I'm playing single-player.

Note 2: Obviously, available quests, quest status, monsters, dungeon-layout, and whatnot all do not persist to a new game. I am asking specifically about items, item stats, and character stats/spells.

I've read completely through a couple of guides and tried many things out for myself. Here is what I have learned:

There is really nothing that changes for your character between games. The only one that does is that you lose any spell effects that you currently have, which you would anyway for simply entering town.

Not all item stats persist to a new game! 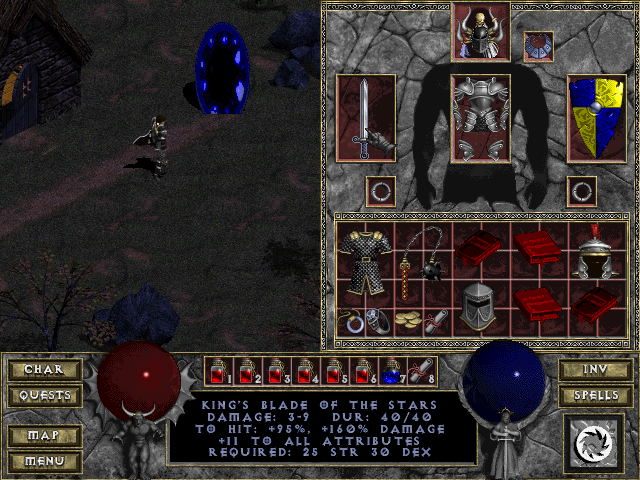 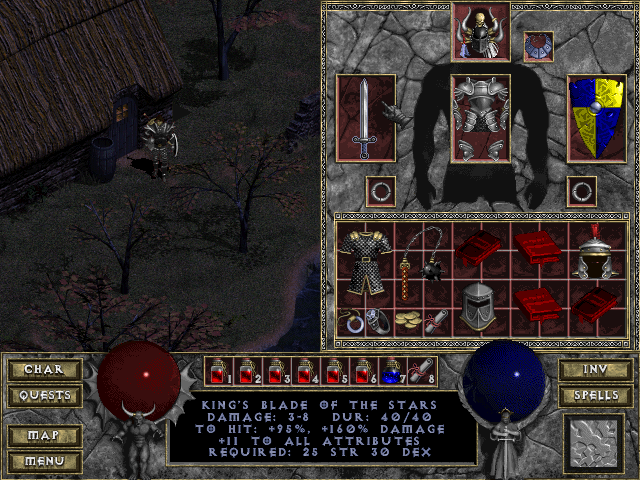 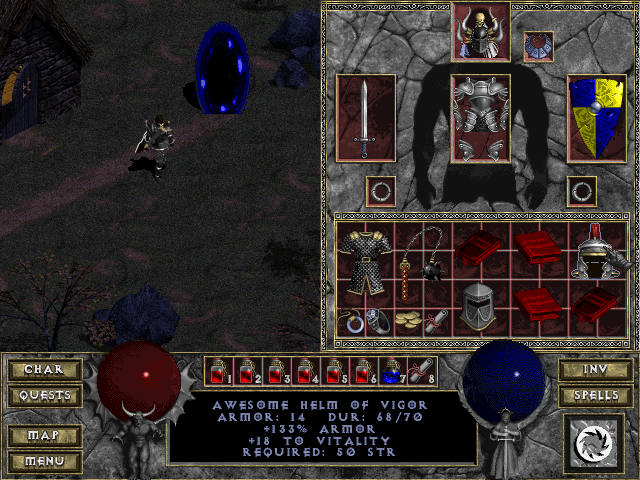 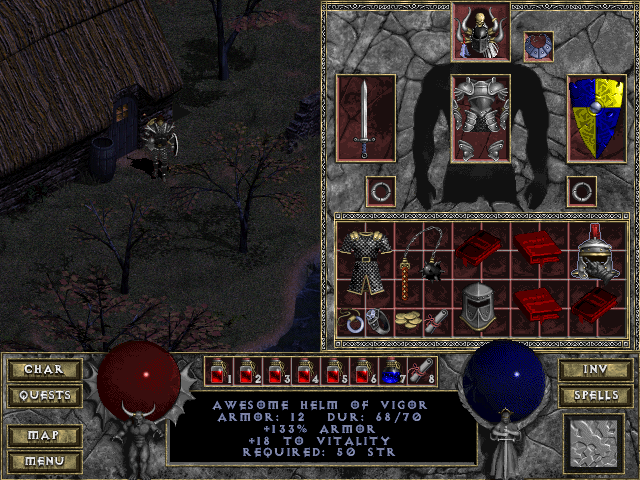 Note: Any effect received from a Goat Shrines or Cauldron will persist in the same manner as one from the named shrine.

And since Diablo may drop something juicy, here's advice. You cannot move when you kill Diablo, you are stuck while he is bleeding and then final animation starts. You can pick up item if it is next to you. What I did to get the Diablo's item is to spawn tons of guardians, then cast Telekinesis spell so pointer is changed and ready to fire the spell. Then wait and hope guardians will finish Diablo. When they do and your Telekinesis is ready, just fire it and get the item. Now you have to save to get this item in new game. And now you have Diablo's item in new game and you can identify it to see what it is.

Btw, I doubt I ever kept his item as I usualy already had something better, but they did sell for lot of gold.

Not the answer you're looking for? Browse other questions tagged diablo or ask your own question.

9
Can I digitally buy and download the first Diablo game?
3
How to join a LAN / IPX game on Diablo 1?
5
Diablo 1 / Hellfire Barbarian does not hit three targets at once