What affects the chance to get ambushed on Framing Frame Day 2?

On Framing Frame Day 2, there is a chance that SWAT is going to ambush you after your painting trade. What affects this chance? Is it certainly going to happen in some cases? Is it ever certain that it doesn't happen?

To clarify; I'm talking about the actual objective "Ambushed" that happens as soon as you enter the warehouse: 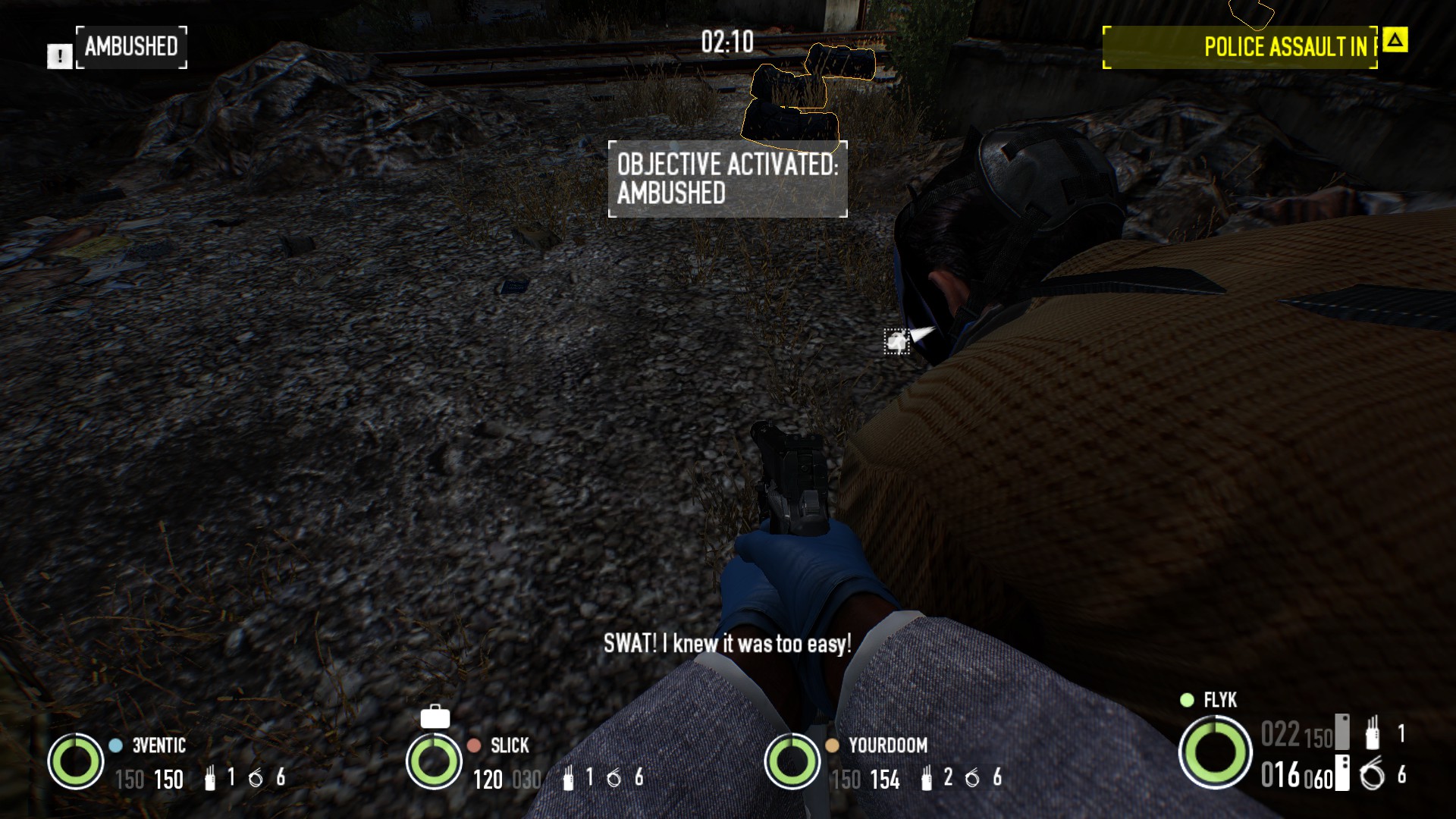 This is separate from the workers calling police. That might happen if you don't get ambushed.

I've seen and heard a lot about this ambush.

From my experience, finishing the day one without triggering the alarm will insure you to avoid it. The wiki seems to confirm it:

Note: If you have successfully completed Day 1 in stealth, you will not be ambushed on Day 2.

It also says that

If you have not successfully completed Day 1 in stealth, there is a chance you will be ambushed though it is random, it is possible to go loud on Day 1 and have no ambush on Day 2 if you escape during the hostage phase.

I've also seen a guy putting an ECM jammer on the cell phone instead of answering it, before the second phone call. He wasn't sure, but thought it would reduce the chances of an ambush.

Actually, you can still be ambushed after completing Day 1 stealthily, however there is a very small chance. I was pretty pissed because i was trying to solo the job and it was a pro job and then the ambush screwed me over.

Sometimes I haven't even left the train and the civilians spot something suspicious and call the police. I think you really need to run out the train as quickly as possible with no bag and run as fast as you can to the three civilians and tie them up. Good luck.

Apparently avoiding the ambush is never guaranteed. I used to believe that it was 0% chance of ambush if you stealthed day 1, but yesterday proved that assumption wrong.

As someone who enjoys stealth, I've probably played Framing Frame more than any other mission in the game as it's a fun mission and decent xp & cash. I usually solo it until I've got a lock on day 3, as playing with randoms online almost always results in nearly immediate failure of stealth. Last night, an assault happened to me two times in a row after stealthing day 1. Both were pro jobs with a 3 skull "Overkill" difficulty. First time it happened I was solo, then after failing that on day 2 when a cloaker kicked me in the face then downed the AI teammates who tried to come help (dun dun dun), I joined a group of 3 others doing FF. In both instances, I sprinted out of the doors of the train car as soon as they opened trying to get to the construction workers & get them down but an assault popped as soon as I made it through the doors of the large building you have to run through. I also planted a jammer in both instances (an old habit from one playthrough where one of the construction workers had run down to the end of the street and I didn't find him to tie him up before he had called the police), but I've done that many times before and never had it result in an assault.

Long story short, it is possible to get an assault on day 2 after stealthing day 1. Seems a very small chance, but it absolutely can happen. I'd advise bringing at least one of your "loud" guns just in case even if you stealthed 1. Just don't forget to switch back for day 3!

3
What does the asset Ace Pilot from Rats day 3 do?
4
What affects the chance to get an escape mission?
6
How do I stealth the 'Framing Frame' heist?
6
In Framing Frame, will the guards get alerted if they see a missing painting?
4
Can you disable the lasers in Framing Frame day 1?
5
Can you escape the vault in framing the frame while solo
6
How to determine the correct truck on Election Day: Day 1?
6
What is the highest dodge chance I can achieve in game?
1
How do the additional guards work in Framing Frame day 3?