In what year is the game occurring?

Found on one of the chairs of the Bank's lobby, this newspaper is dated but it's pretty hard to read. (2015?) Does anyone know when Payday 2 is occuring? Are there any other clues in other heists? 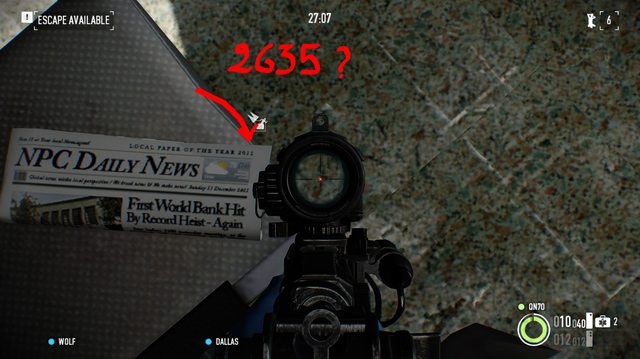 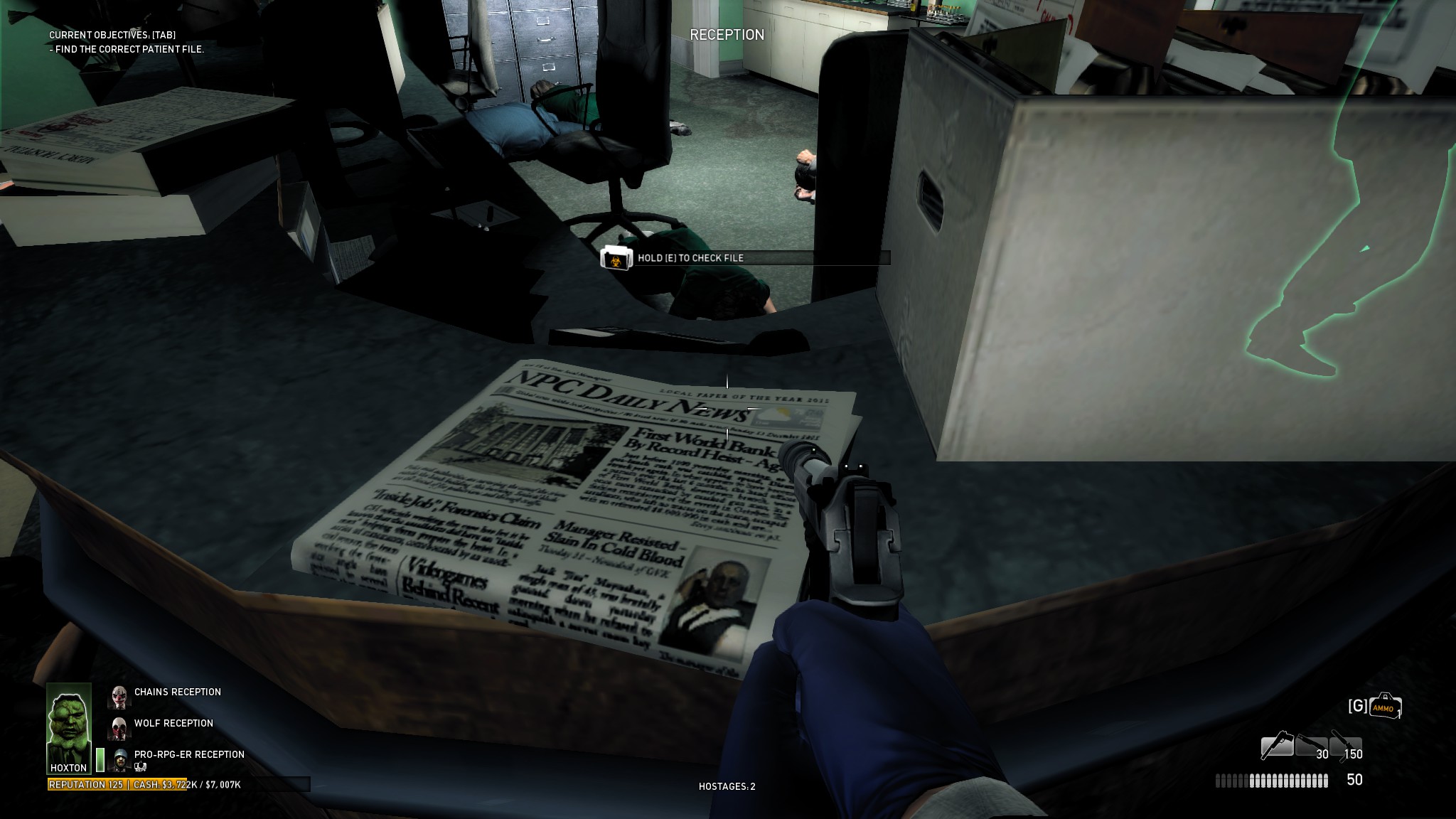 As you can see much clearer in this image, the date of the newspaper appears to be Sunday 13th December 2012. The line you're pointing at in your picture actually says LOCAL PAPER OF THE YEAR 2011*, with the date detailed below the paper title **NPC Daily News, which can be more clearly seen in this image; 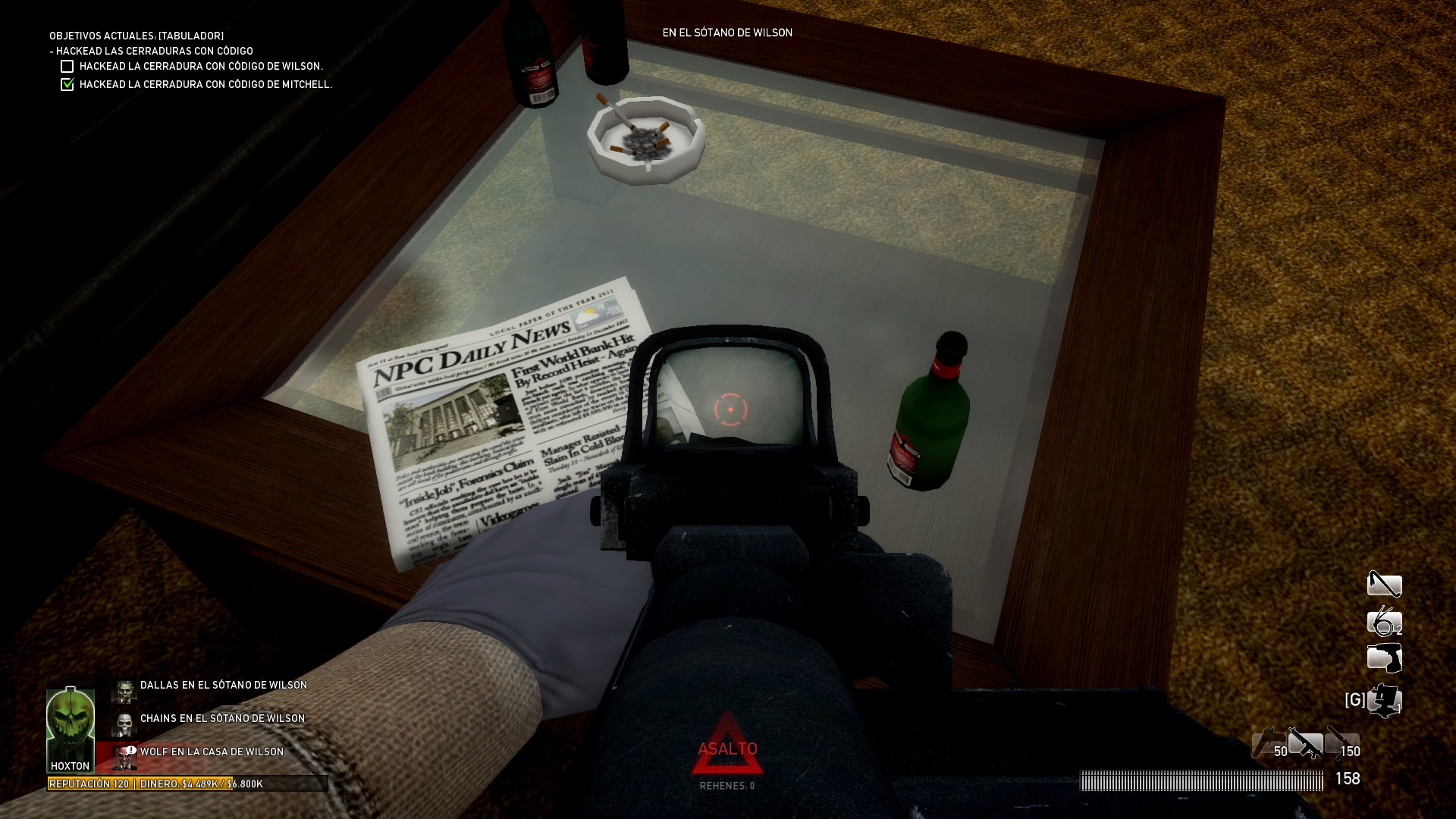 Payday 2 occurs at least partially in 2014. Several heists (e.g. Four Stores) have ads encouraging people to vote in the 2014 mayoral elections, and the Election Day heist has the crew mess with said election. 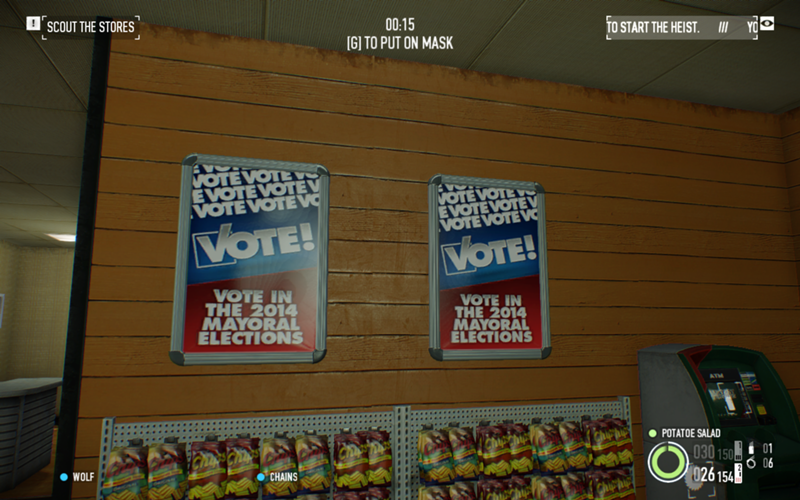 Of interest, there actually is a mayoral election in Washington D.C. in 2014, and unlike in Payday 2, there isn't any Republican candidate in the real world.

Though the game also takes place in the present day. When one views security cameras, for example, during any of the bank heists, it shows your actual system date and time, as seen in this screenshot from a few minutes ago. This bank is apparently open really late. Or early. One of the two. 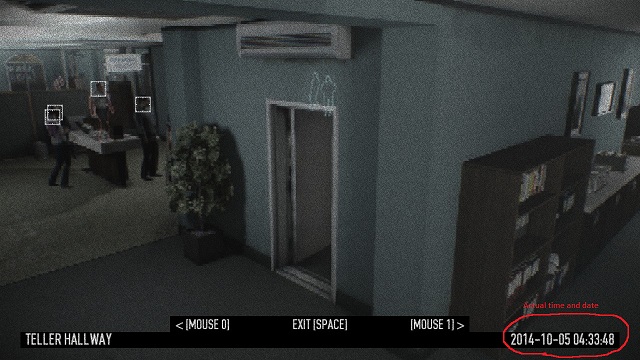 18
What counts towards the goal in Mallcrashers?
5
What is the maximum attainable level?
5
What does the "Threat" stat do?
3
What are the various map randomisations for the Charlie Santa heist?
2
What are all the infamy skills?
6
What is the difference between the paydays?
6
What is the highest dodge chance I can achieve in game?
2
Why does no one drop into my public Payday 2 game?
3
What is the purpose of the picture in the deposit boxes on Firestarter?
2
What mission gives the most money the fastest?