In SimCity Deluxe, why do my Sims constantly ask for water?

I'm having trouble keeping my cities water supply up. I can build some pumping-stations and water-towers which solves the problem, but only for a very short period of time.

I have now reached a point where almost the entire coastline is covered with pumping-stations and I also have truckloads of water-towers. I'm starting to think it is a bug but maybe somebody sees some obvious flaw with my water-pipe layout: 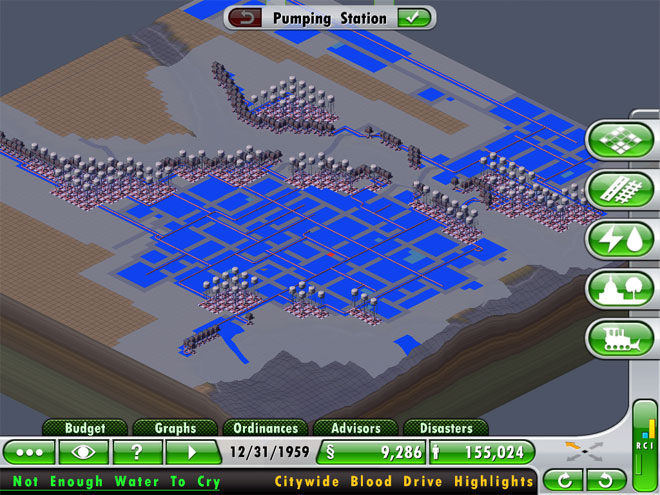 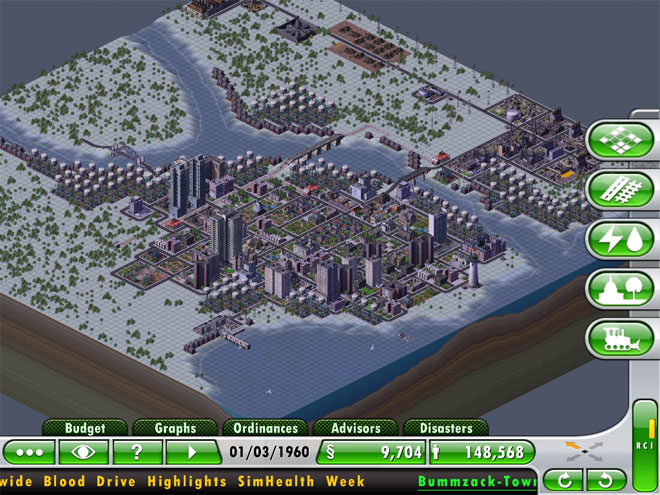 There are some high-density residential and industrial zones, but nothing that would require that amount of pumping-stations? There must be about 120-180 pumping-stations on that map.

Apparently there's nothing wrong with the water-supply and as comments to the question suggest, a city of this size should never require that many pumps and water-towers. So I'll try to answer this question myself and claim that it's a bug.

I did some searches and as it seems I'm not the only one with this problem. Here's a forum post and here's another one suggesting that there is indeed a bug regarding water supply. So I guess the only hope is waiting for an upcoming patch to fix this.

You need to renew the old pumping stations, the old ones get inefficient and lose capacity. Agree, it is hard to play with this bug or issue.

I'm not sure if this gameplay feature exists in the iPad version, but if you have road/water links to the outside and are trading water, you might just be pumping out too much.

Not the answer you're looking for? Browse other questions tagged simcity-deluxe or ask your own question.