How can I teleport one player to a random other player using a potion as the trigger?

I am making a MC map and need help. I want to make it that when someone uses a certain potion, that same person teleports to a random user on the map. I read another post like this, but I think it was unrelated. I can't use the @p thing because the other players might teleport instead. I know to use the /effect code on command blocks and some other commands.

This was a very interesting challenge for me to work out. There are many parts to this problem, which are a lot harder to accomplish than one might think. There's identifying the player with the status effect, and identifying a set of random players who are not them (since /tp Unionhawk Unionhawk is a valid result of /tp @p @r, and does nothing).

But, finally, here is my setup, which works for a bounded number of players on a server. Some of its flaws include only allowing one game to be played on a given server, and using experience level to identify players. As such, /gamerule doMobLoot false must be used, and /gamerule commandBlockOutput false is strongly advised. 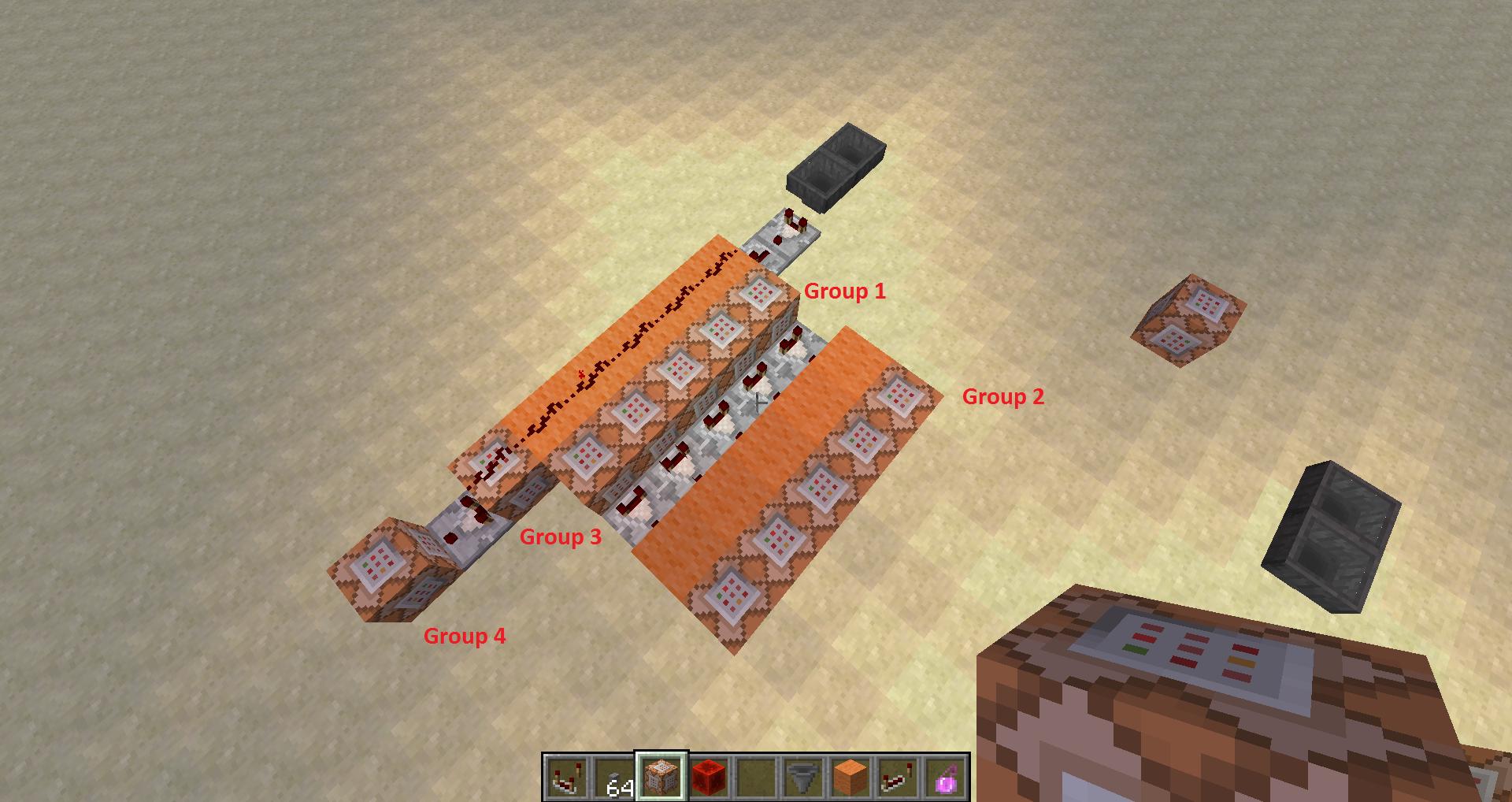 So there's quite a lot of things going on here, as you can see. But this is all accomplished using 4 commands and a hopper clock.

9
How can I teleport only certain people in Minecraft
6
Can command blocks teleport the a person closest to a set of coords instead of the command block itself?
0
Teleport Player
0
How to detect if anyone stepped on block and then execute command toward that play
4
How to detect if a mob has been hit in minecraft with command blocks?
2
How can I teleport only people within a specific area?
1
How do I trigger Command Blocks when a player walks in a certain area?
0
How do I make command blocks teleport players away from an area when they don't have a specific item?
0
Using execute command to teleport a player under a certain height