What would attract an Enderman into a pit?

I'm working on an Enderman farm that really hasn't been done before and I'm fairly excited about it, but I've run into a hitch. I've experimented around until I found a way to get Endermen to reliably teleport to a floating pad, which can be seen here: 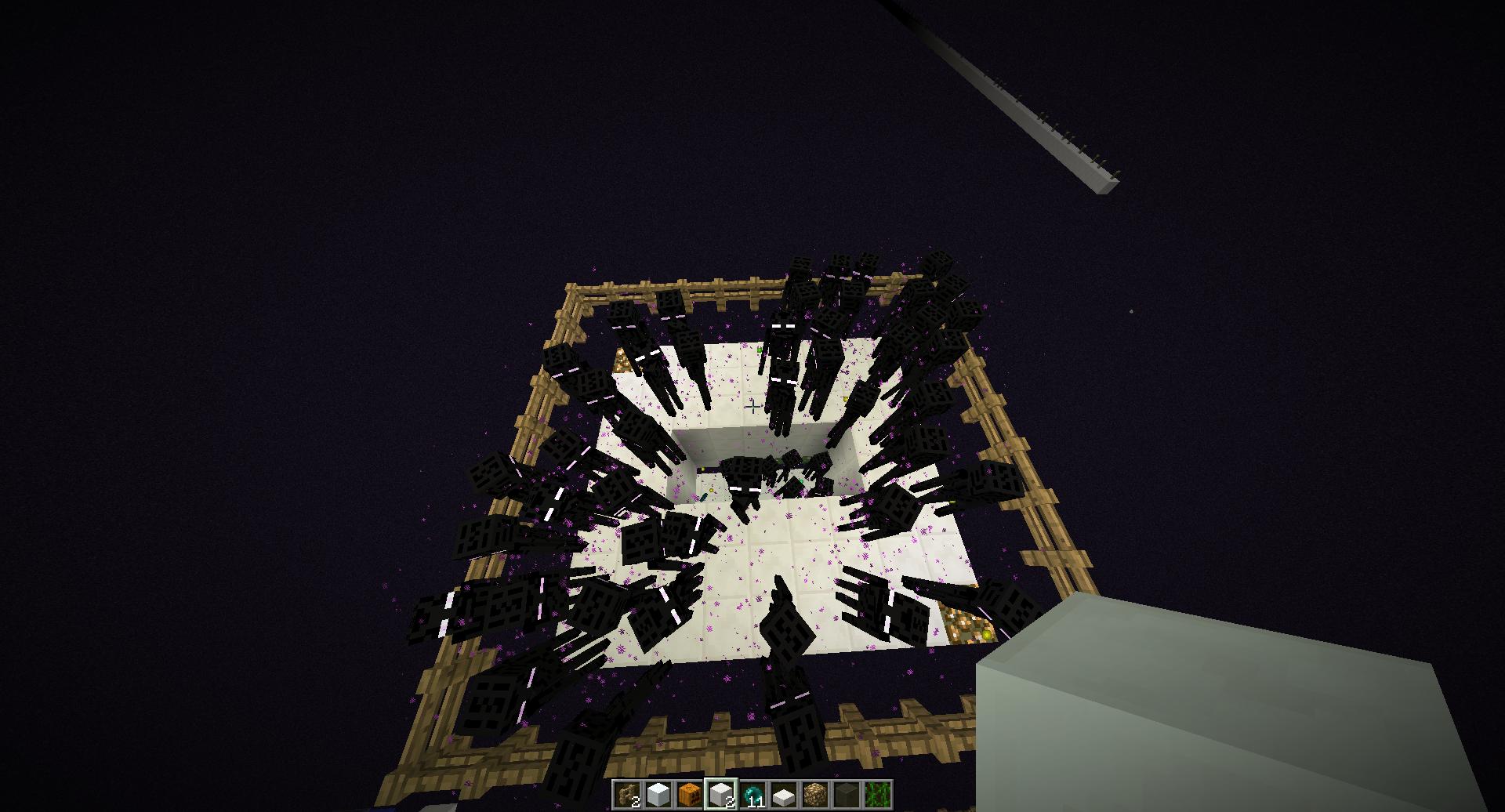 I'm now wanting these guys to go down into the hole you can see in the middle of the pad. Unfortunately they seem to be avoiding it as much as possible. What would be a good way to trick them into thinking the hole is a solid block so that they might be tempted to walk into it? I thought that perhaps trap doors or ladders could be used to some extend due to their hitboxes being unique, but I'm not entirely sure. Any ideas on this?

Edit: After experimenting with torches a bit, it seems like they slowly edge away from light sources, meaning if I place light around key areas on the edge they should be driven straight to the center. It seems to be helping so far, at least in some limited testing.

Edit 2: I have been looking at the decompiled version of the game code and I haven't found a great deal. From a quick glance it seems that Endermen simply behave as any other mob when they are not in the random teleportation state. And that means they should have a random path applied at random times, which means the light levels shouldn't matter. This doesn't match up with what I've observed though, so maybe I missed something in my quick pass thorough the code.

The usual way to do this (for any mob) is put open trap doors in the pit. Mobs avoid falls now, but will treat trap doors as walkable blocks regardless of whether they're open or closed, wander over them, and fall.

Endermen now attack Endermites, so if you put an Endermite in a Minecart the Enderman will attack it.

Make sure it is spawned in survival though.

Try using sticky pistons rigged to pull the floor out from underneath the endermen. This can be done if you are tricky enough with redstone contraptions. If you don't know how to use redstone in this way there are plenty of youtube videos, and the minecraft wiki can fill you in on the basics of redstone.

7
What is a good way to lure animals / mobs into big holes/traps?
10
Where are biomes saved in minecraft?
24
Is this balcony Endermen-proof?
6
Problems with Minecraft Spawn Trap Up In The Sky
8
Can slimes spawn in the sky of a swamp?
7
Are Endermen afraid of certain enchantments?
1
How to transfer items from Digital miner to ME Computers using tesseracts
3
How can I /execute a command on all Endermen on the outer End islands in Minecraft 1.13?
7
Is there any way in Minecraft to detect who deposited a diamond into a chest using command blocks?
2
How would I copy data from a chest to my inventory?