How Many Different Ways Can I Kill Raptors?

So I'm playing the web version of Raptor Safari, and it dawns on me that I've been slaughtering raptors in a large variety of different ways, all of which have been generating different amounts of score. Which brings me to the question:

Does anyone have a complete list of all of the different ways you can snuff out a raptor, and approximate score values that are generated for successful completion of each method?

Here is a taste of some of the different methods. 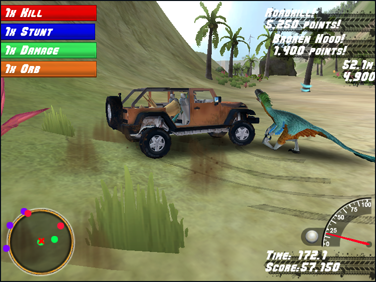 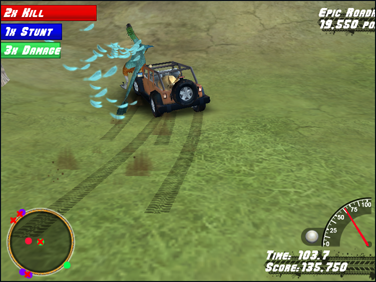 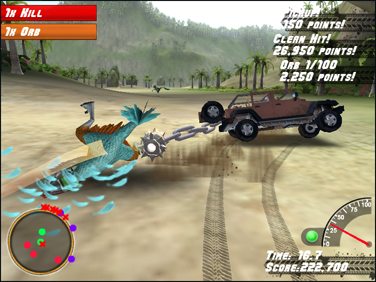 Clean Hit (Hitting a Raptor with just the Spikey-thing, without throwing it. 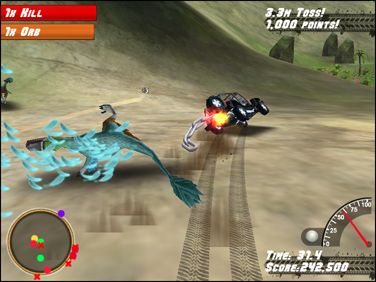 Toss (Hitting a Raptor with just the Spikey-thing after releasing it.) 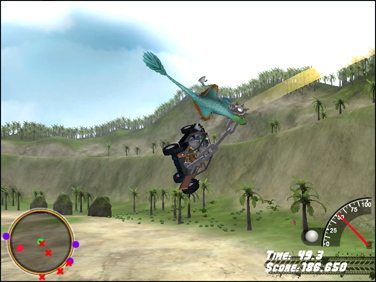 I'll post some kills you haven't mentioned, as well as acts that do not seem to count as special kills. This list gets updated as I find new ways to maim raptors. Pictures will be added if I remember to capture the moment. You can see the points for each kill in the pictures, so they approximate how much each kill is worth. Kills are sorted from being on average worth the least to the most.

Flying Raptor! (Launch a raptor into to air after killing them.) Boosting helps with these kills, notice the poor chap near the bottom left. Points are awarded based on distance (not pictured, this is before the Flying Raptor! finished). Because you can add this to any kill I recommend trying for it every time: 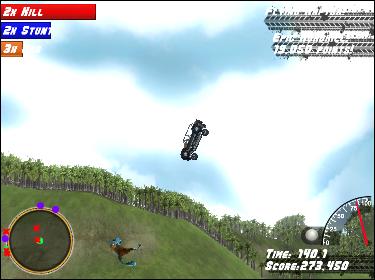 Killed! (Kill a raptor with an impact without hitting them with your car.) As Gnome Slice pointed out, driving a crate into a raptor will get this kill. 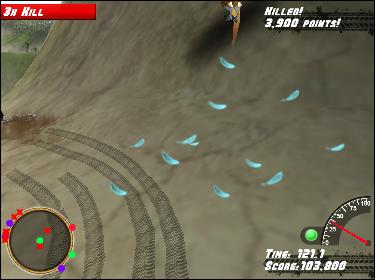 Clothesline! (Kill a raptor with your chain.) Not worth many points as it's very easy to do, even easier than tossing: 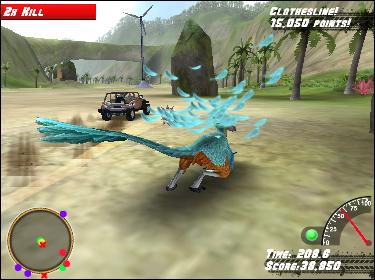 Raptor on Raptor! (Hit one raptor into another.) Fun fact, you can stick more than one raptor on your spiky ball then toss all of them. Bonus points for more throwing more than one (see below the picture for how to do this), but no new shiny text. You can see I hit one with three others in the picture, and it's worth a decent number of points. However, it's hard to drive with three raptors on your jeep: 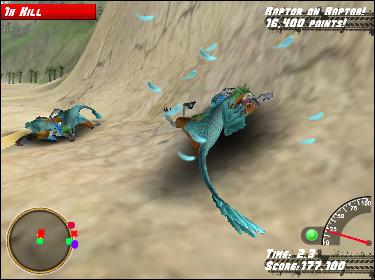 To chain raptors, kill how ever many raptors you want on your chain by tossing a new ball per raptor. Then drop one last ball out and roll over each of them collecting a longer and longer chain. You have to do this because each ball can only stick to two raptors at a time, so this uses a ball per raptor to get the job done. Then you can swing around a ridiculous chain of death to nail other raptors, but it's not worth as many points and it is fun.

Siamese Raptors! (Hit a raptor with the spiky ball when another raptor is stuck on your spiky ball). Worth slightly more points than Raptor on Raptor!, but also difficult to do. Raptors omitted from the picture to save their dignity: 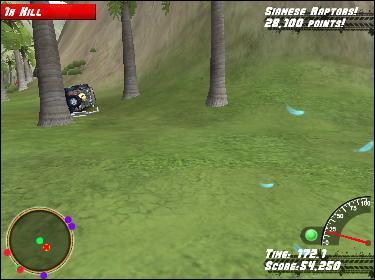 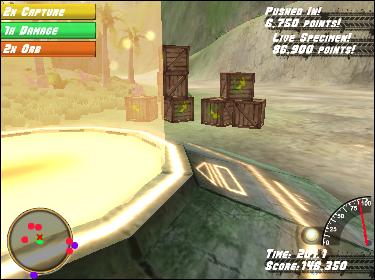 Jumpkill! (Jump and land on top of a raptor.) Points are proportional to the distance you traveled and are well worth the effort: 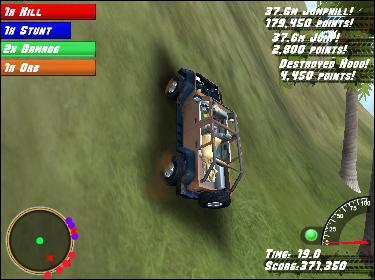 Holy Pterosaur! (Kill one of the three flying Pterosaurs.) This is allegedly difficult to do. This video shows a great way of getting all three. If you're awesome, you kill them with your spiky ball: 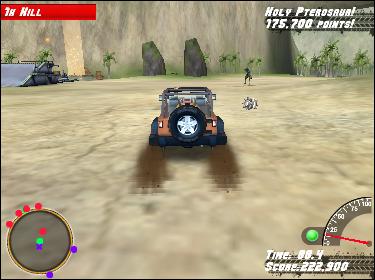 Figure that one out.

Now, for kills that don't seem to count:

Not the answer you're looking for? Browse other questions tagged raptor-safari .