Do amplified worlds have any flat areas?

My friends and I would like to use a world on 'amplified' world type, which increases something or other by doing this and that... I really dont understand how it works, but I would like to know if amplified worlds actually have flat areas that are common/ large enough to build on, because when I looked at them in a snapshot a while back (I forget which), the mountains were so ridiculously huge and crowded together that I could not find a suitable place to build for my life.

Are areas where y values change by less than 5 in a radius of 8 blocks in every direction (I say this only to lay down a definition for "build able") possible in amplified type worlds, and are they common enough that I could find one in less than 10 minutes of searching? (we generally spend about this long finding an area anyways)

Hilltops, plains, valley floors, and plateaus are relatively common also, and make good spots to build. When I did it, I had no trouble finding several nice places within a quick walk.

Yes, there are flat spots. Amplified only appears to significantly alter biomes that are already hilly; swamplands and oceans are two confirmed biomes that are still relatively flat.

I can speak from experience: 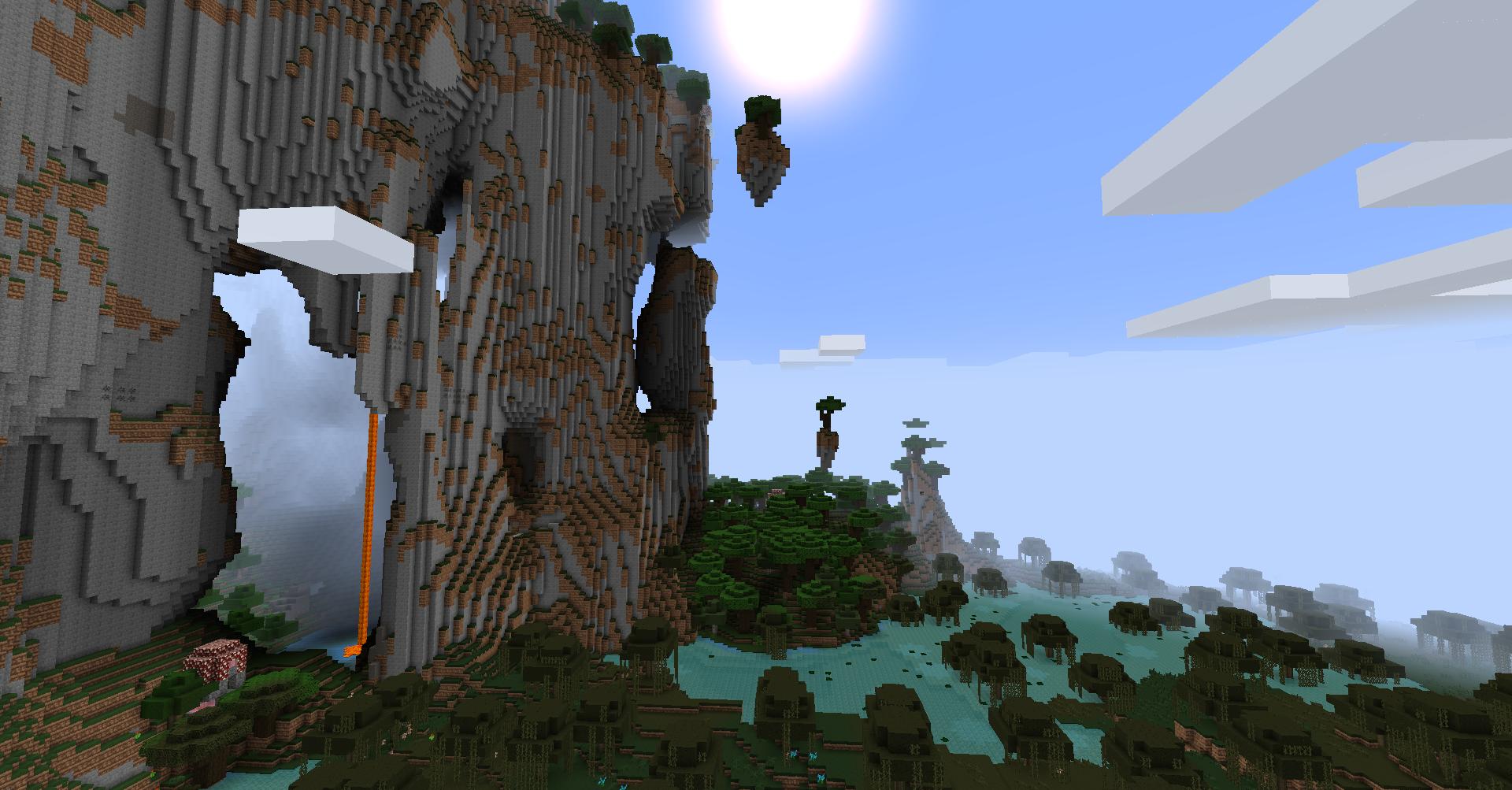 Before anyone asks, the resource pack is Gerudoku Faithful 32x32.

You can see the amplified extreme hills are really quite extreme, while the swampland on the right is still flattish. Notice the roofed forest in the middle too: it's also relatively flat, though only relatively as it's still a significant hill in a normal Minecraft world.

Notice that even the swampland is ever so slightly amplified: 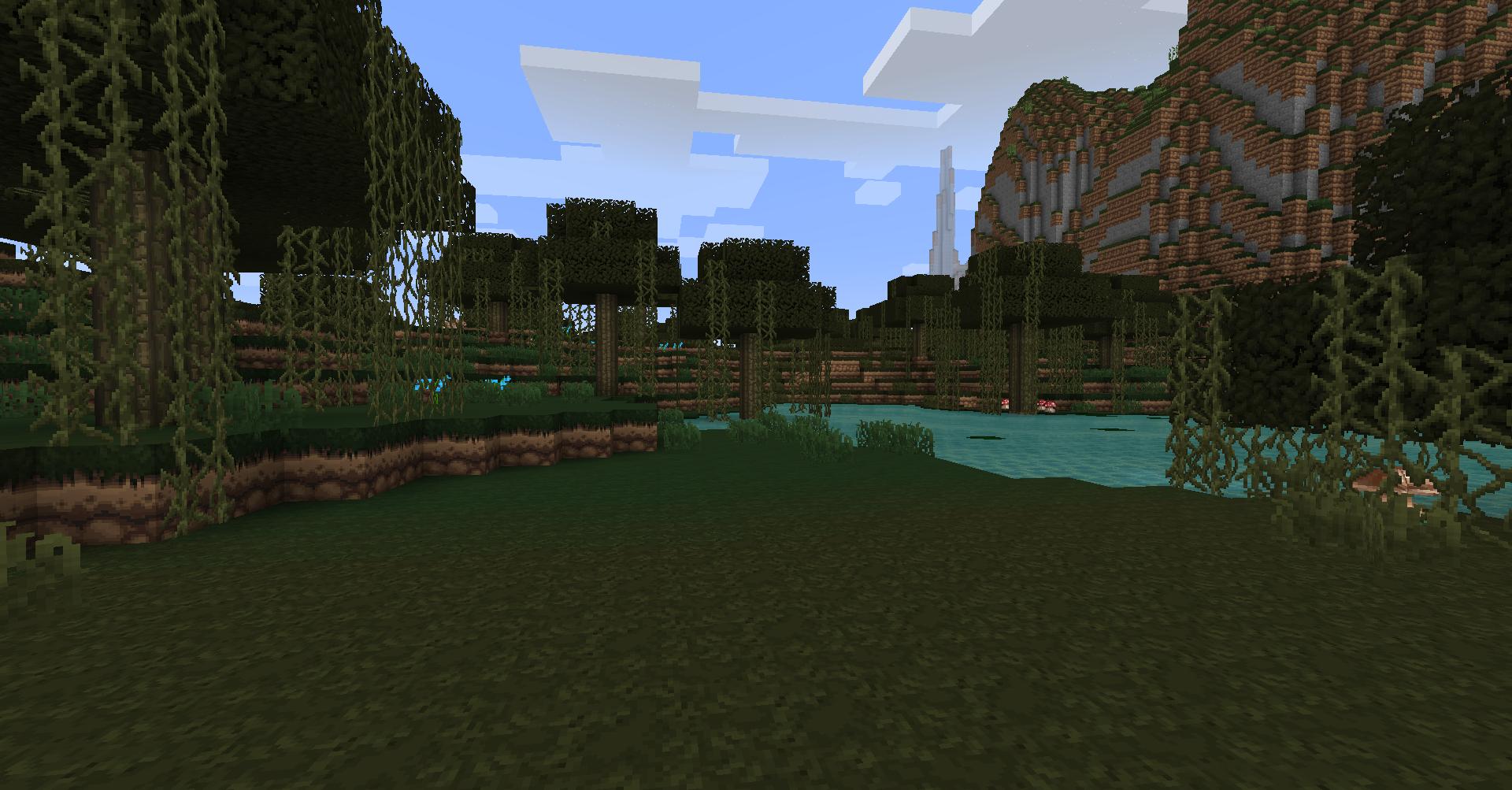 So if you can find a swamp, you'll have plenty of room to build. Whether you can find one in as brief a time as 10 minutes isn't something we can answer; even in a normal Minecraft world, it usually takes longer than that to explore just the biome you spawn in and its neighbours, let alone any farther. Though it's entirely random how long it will take (since it depends on your world's seed, where you spawn, and which direction you walk in), swamps are not especially uncommon and you should be able to find one in a reasonable amount of time, for some definition of "reasonable" – and as a bonus, a house built there will have spectacular scenery.

9
I keep hearing this “thwap” noise that I think is a spawner. How can I best locate it?
2
Witch spawn areas for already generated worlds in Minecraft?
1
Minecraft Bandwidth Usage - What and Why
6
Determining Minecraft mod abilities/effects
0
How can I get rid of Elder Guardian?
8
Is there a relatively easy and efficient way to spawnproof large areas in the Nether?
9
How do I prevent villager children from disappearing?
10
Generate an almost flat world in Minecraft
5
How can I find the cause of lag in my singleplayer world in Minecraft?
4
In minecraft, how do I construct a 4-bit comparator?