What item did I just collect in the water southeast of Los Santos?

After one of the story missions there is a forced switch to Trevor, when he wakes up on an island off the southeast coast of Los Santos, in his underwear, with several dead bodies around him.

I was messing around with the boats nearby, dove into the water, and spotted an item lying among some rusted underwater structures. When I swam over the item, nothing happened except the sound effect that plays whenever you pick up something of interest. No collection counter appeared, no money was earned, no other visible changes occurred.

The approximate location of this mysterious item is indicated by the red dot: 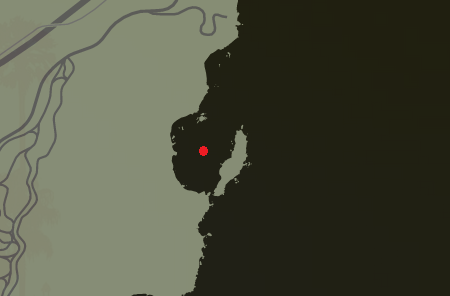 The map shown here is from the progress tracker on Rockstar's Social Club site. According to that map, there is no trackable item located there. Since nuclear waste isn't tracked on this map, I thought it could be one of those. However, according to this other map, there is nuclear waste located nearby, but not where I found this item. Also I think you need to be in the sub to collect waste... I haven't explored that yet so I'm not sure.

What did I pick up?

I'm gonna recommend you this map is much better and have more collectibles, IGN GTA 5 interactive map. According to the map you may have found a Epsilon Tract or a Hidden Package. Also there's a chance that you may have found just bullets, or maybe a bulletproof vest.

6
Grand Theft Auto 5 - Los Santos Civilian Population?
5
How do I make a pick-up for Smoke on the Water?
5
What vehicles offer more than the standard set of controls?
10
What does the blue radius mean?
11
What affects the Psychiatric Report
1
What is the reward for returning robbery money?
1
Are there any stunt jumps IN the water?
1
Is there a way that just the host can invite a player
1
What is the fastest Bus?
2
Does one need to complete the GTA Online achievements to receive “The Los Santos Legend” platinum trophy?