I just saw a video, in ETS2, and the person who was filming it had this truck but he didn't put a link, and I decided to search for that mod. I know one just like that, but without a 6X4 chassis, just with a 4x2, and I don't like 4x2.

I've tried the GTS version on ETS2 but this didn't work. I've been searching for 5 months, can't find. I have seen that guy having that same Scania on ETS2!

The truck you're looking for is a fictatious one called Scania Evo. You'll find various versions of it from different sites. Here's one. 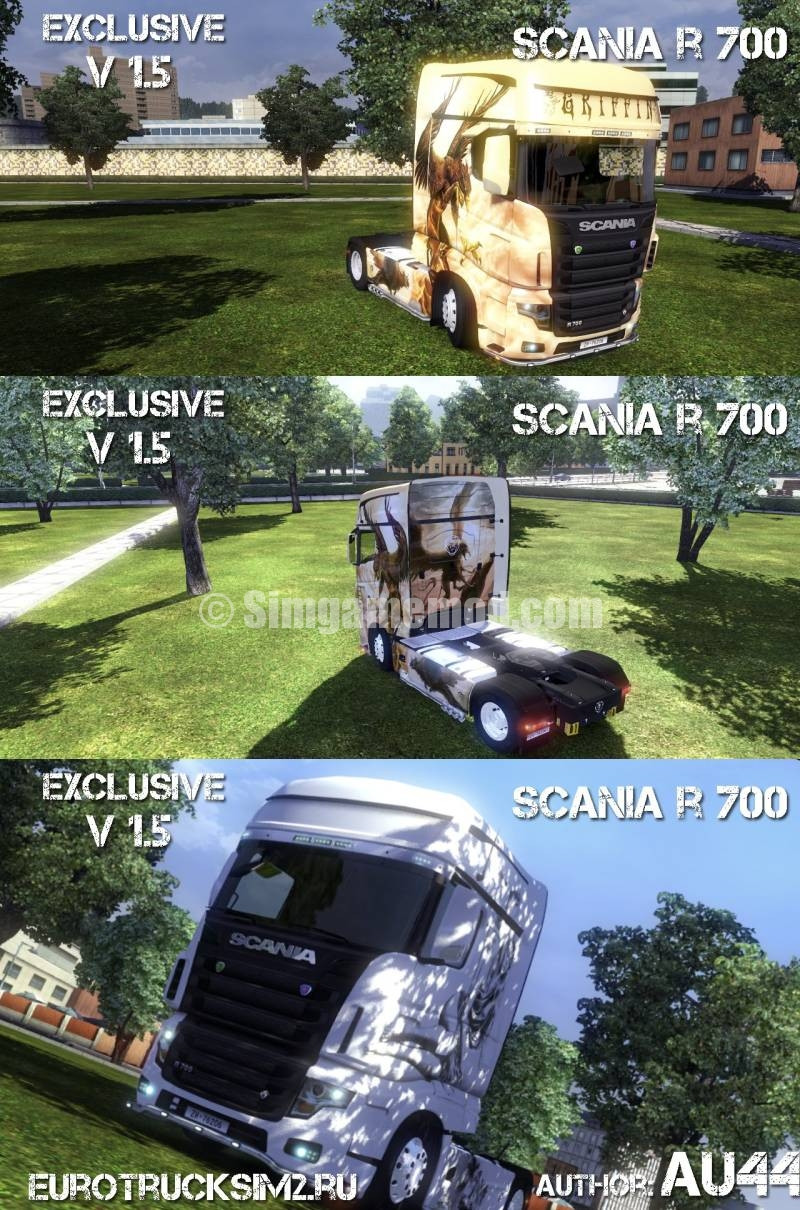 As for the wheels you can download tuning mods that will add such wheels to the modding shop, like this one

Not the answer you're looking for? Browse other questions tagged euro-truck-simulator-2 or ask your own question.