Why does my AE Crafting System lose its jobs when I'm no longer present?

Sometimes, uncommonly, my AE Crafting System, if loaded with a job that takes a long time, stops working, for seemingly no reason, but only when I'm not around. I've triple checked my chunk loaders, and everything neccesary for the network to run is chunk loaded. (I have a 100 chunk square area chunkloaded around my base) I have plenty of mats for everything, and the mats that are not stored in my AE network are also chunk loaded. All the machines the MAC uses to craft with are chunk loaded. My power supply is chunk loaded. When I return to the interface after such a failed job, the Crafting Monitor is empty, showing no current jobs or missing mats.

What am I missing that might be causing this? 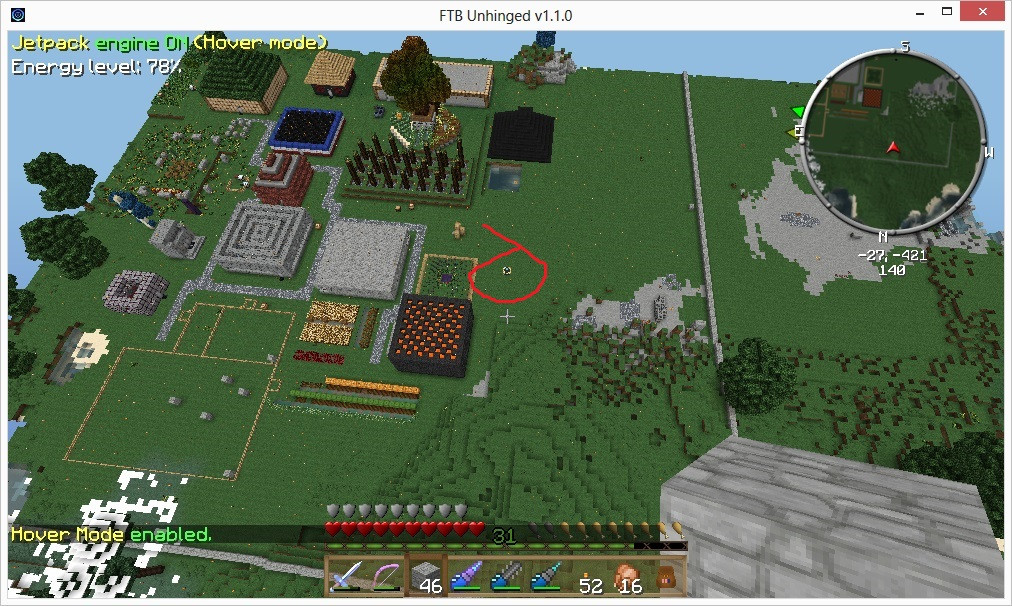 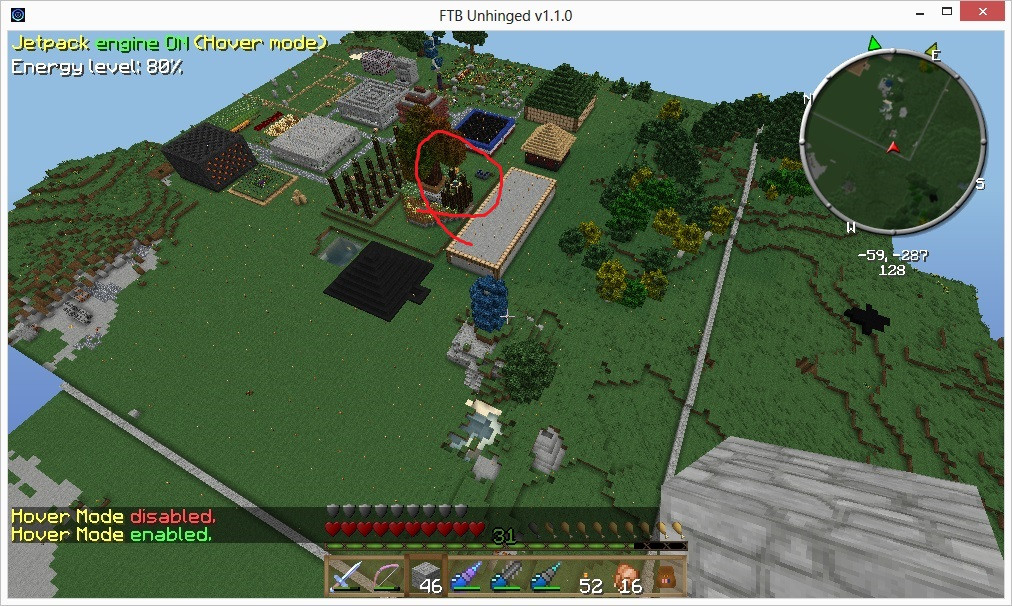 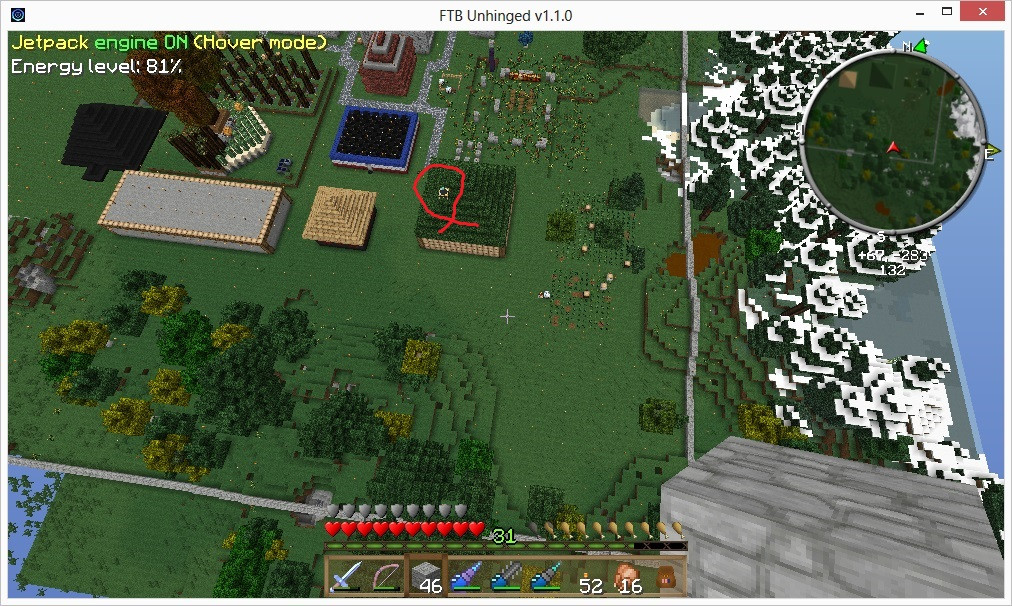 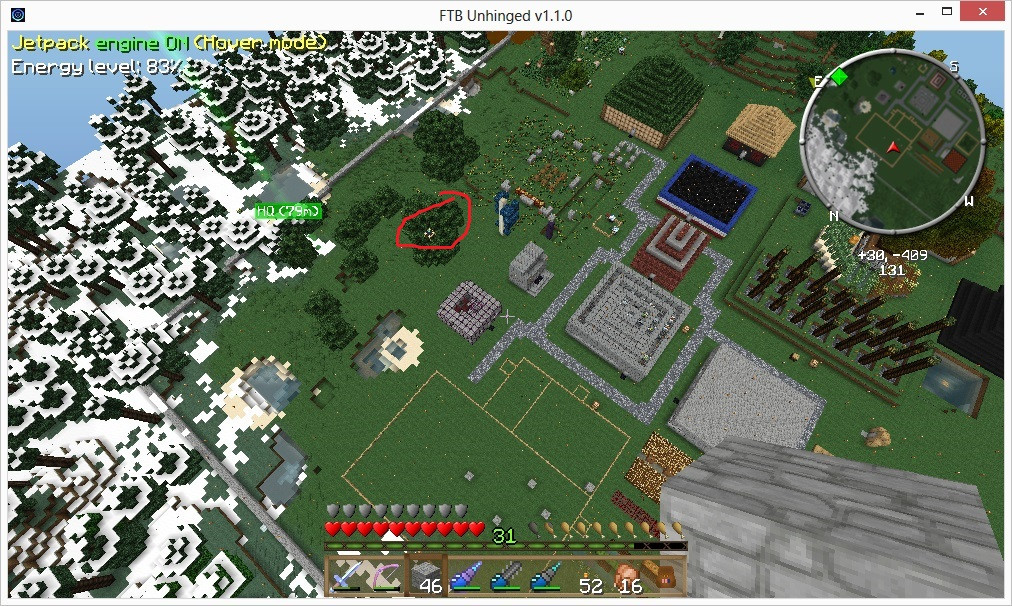 You can see in each of these photo's my floating chunkloader. If streaming was an option I could show a video of me walking the chunk lines and confirming that each of my chunk loaders is in the proper place to keep the entire area loaded. Each Chunkloader manages a 25 chunk quarter section of a 100 chunk square. (as I've already said)

You may have noticed the cobblestone border around my area, that marks where the chunkloading ends, and I'm 100% sure I have no ME-anything that crosses any of the borders. 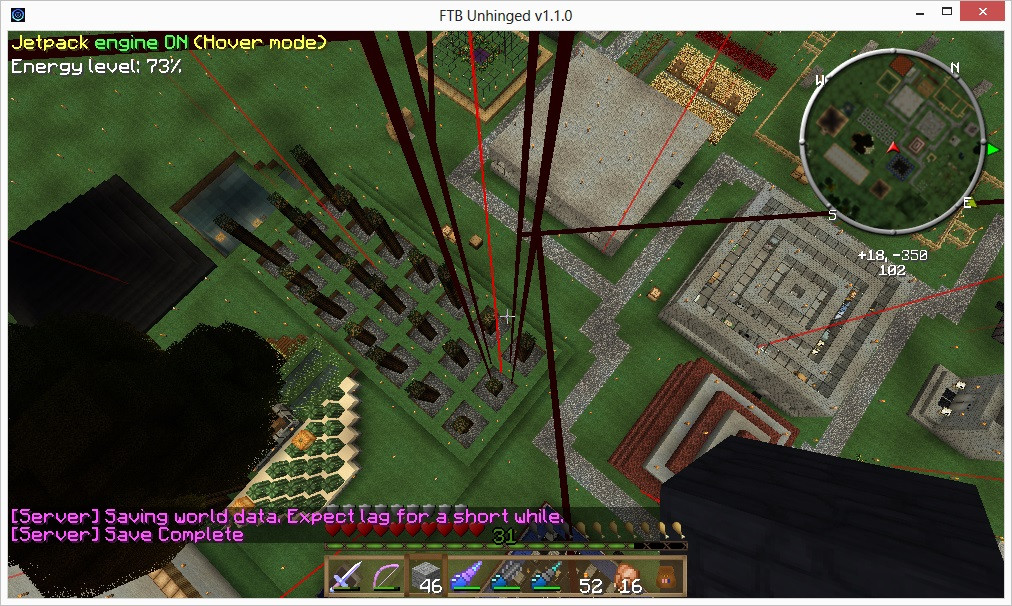 Here I have turned on all 4 chunkloader's 'show lasers option', and took a screenshot of the CENTER of the square of my chunkloaded area, you can see the 4 lasers from each chunkloader converging on the center chunk borderline, this proves there are no 'gaps' in the chunkloading.

Edit: I have determined that this is almost certainly a chunkloading issue, as the other night before I logged off, I bred my cows, but when I logged back in, over 8 hours later, some cows were still baby cows. I have since broken and replaced all my chunkloaders, thinking perhaps they were bugged and not working even though they were properly placed. The issue remains however.

Edit2: I have come as close to being sure as I can be, reduplicating the issue just to prove I fixed it isn't worth it.(I've since wiped the server) But, for what it's worth, it seems chicken-chunks-chunk-loaders are partially bugged. (we knew this but not to the exact extent.) Some of the chunks were not always properly loaded despite being chunkloaded causing the system to reset when I left the area. Using many spotloaders rather than few chunkloaders seems to fix the chunkloading bug issue. If at all possible also attempt to load the chunks using a chunk loading device that isn't from Chicken chunks, such as a World Anchor or Dimensional Anchor.

I've had this bug before in FTB Unleashed. Be sure to update AE as recent as you can without changing to 1.6 (Unhinged is 1.5) from the author's download site; the mod author is very good about releasing frequent updates and bugfixes. I think this has to do with the crafting monitor itself. I don't believe I found a permanent solution when I had this, but I did find a workaround. Try hooking up all parts of your ME network to go through a single ME Cable. When it decides to stop building, just break and replace the cable. All build progress will be lost, but the materials used and created so far are kept.

I had the same problem: I just removed a part of my assembler chamber and replaced it. This was a good easy fix for me and I hope this helps anyone in the future, if all of the above doesn't work.

Not the answer you're looking for? Browse other questions tagged minecraft-java-edition minecraft-feed-the-beast minecraft-applied-energistics or ask your own question.

3
How many chunks do I need to keep loaded to keep quarries working in Buildcraft?
4
Can AIR BLOCKS be part of your ME network?
6
SMP Vanilla Chunk Loaders?
2
How can I build a vanilla chunk loader without access to spawn chunks?
0
Does chunk (0,0) have an increased spawn rate as claimed in this old post?
1
Redstone engines stopped working, due to chunk onload and right on the boundary?
4
Keeping chunks loaded in minecraft
4
Resume redstone signal transfer as chunks load
4
What are the rules/range for chunk loading in single player?
5
How do I make a continuous loop of minecart rails without the carts merging into one another?