None of my MJ production is working as expected, what am I doing wrong?

I have 38, yes 38, Industrial Steam engines. These engines are fed by 3 different 36HP Steam Boilers. Each of these engines is hooked up first to a Redstone Energy Conduit line, that then connects to an Energy Tesseract to be transmitted where I need it to be. 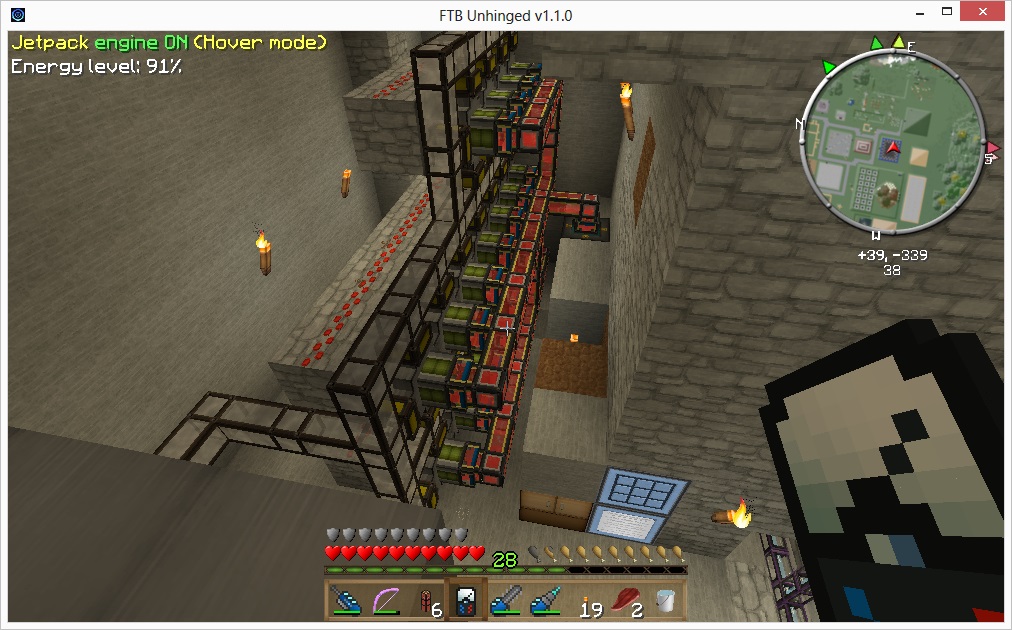 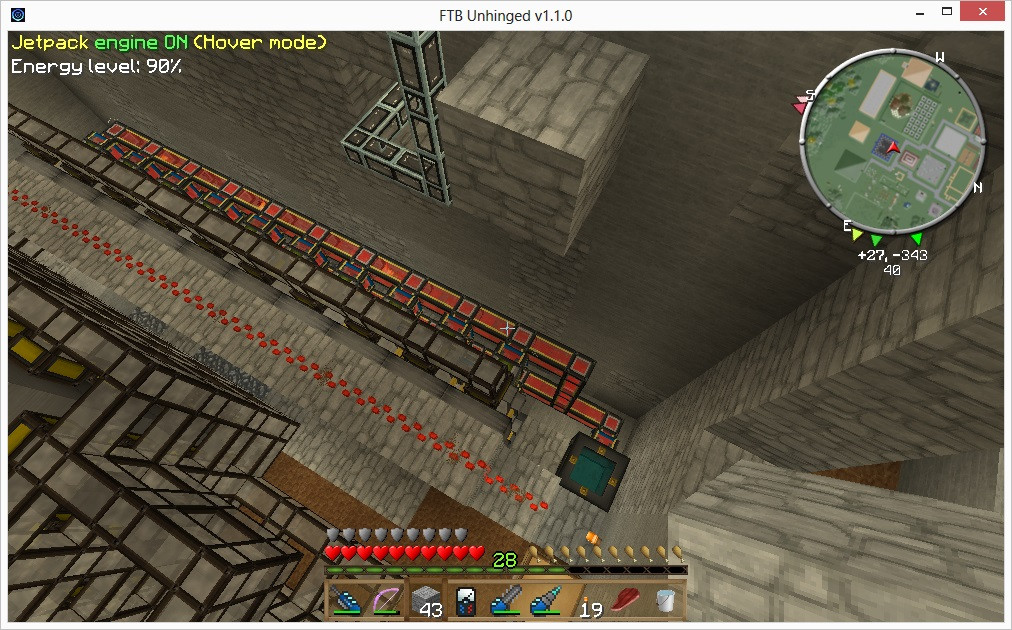 You can see to some extent what I mean in these screenshots. Rather than flood this question with unneccesary screenshots, ensure that my Tesseracts are correctly configured, and that my engines are receiving enough steam to run properly.

Even if you calculate in power loss due to transfer I'm still not getting near what I should be. 8 * .05 = .4 So each engine actually outputs 7.6 MJ\t after the conduit. That comes to 288.8 for all 38 engines, minus another 25% (72.2) due to Tesseracts hatred for me, gives me a final MJ count of 216.6. The issue is, I'm not getting even CLOSE to that. I used the multimeter on both of my output conduits, the last peice that takes everything the engines make and sends it into the tesseract and my resulsts where... horribly wrong.

This screenshot is paired with the first screenshot, that bank is 18 Steam Engines. 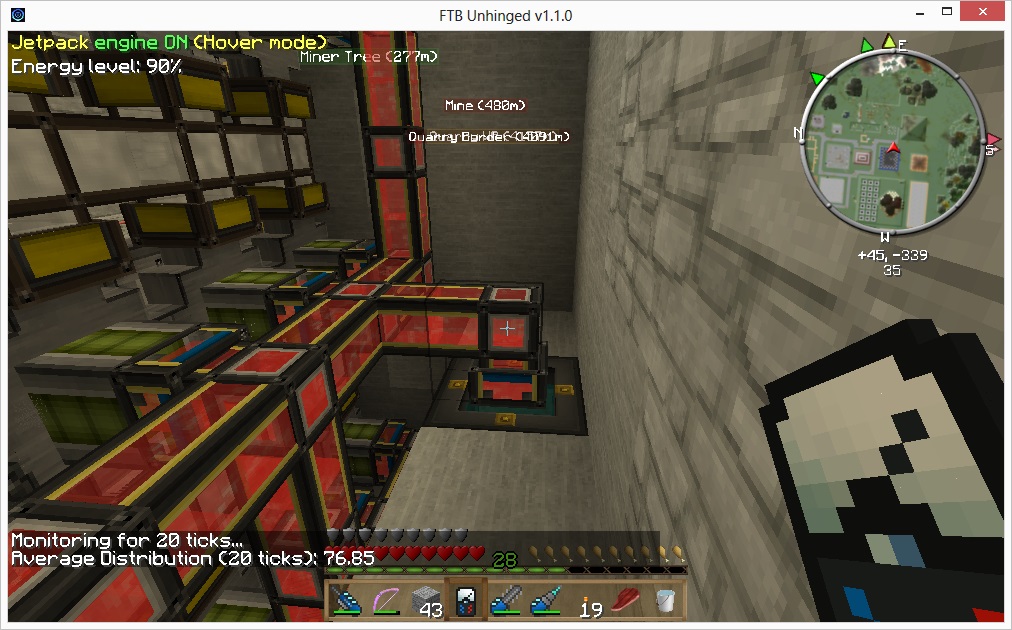 This screenshot is paired with the second screenshot, that bank is 20 Steam Engines 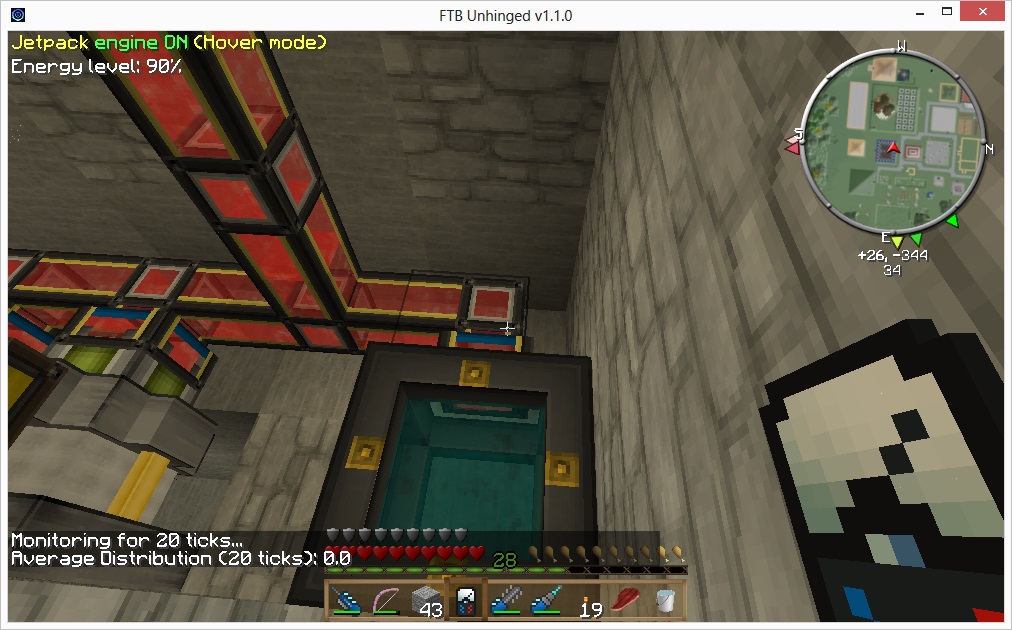 This should be outputting (after conduit loss) 152. As you can see, it's not. Matter of fact this one isn't outputting ANYTHING. WTF?

After this step, I decided perhaps the 2nd Tesseract was bugged, so I broke it and replaced it, and screenshoted the Multimeter results. 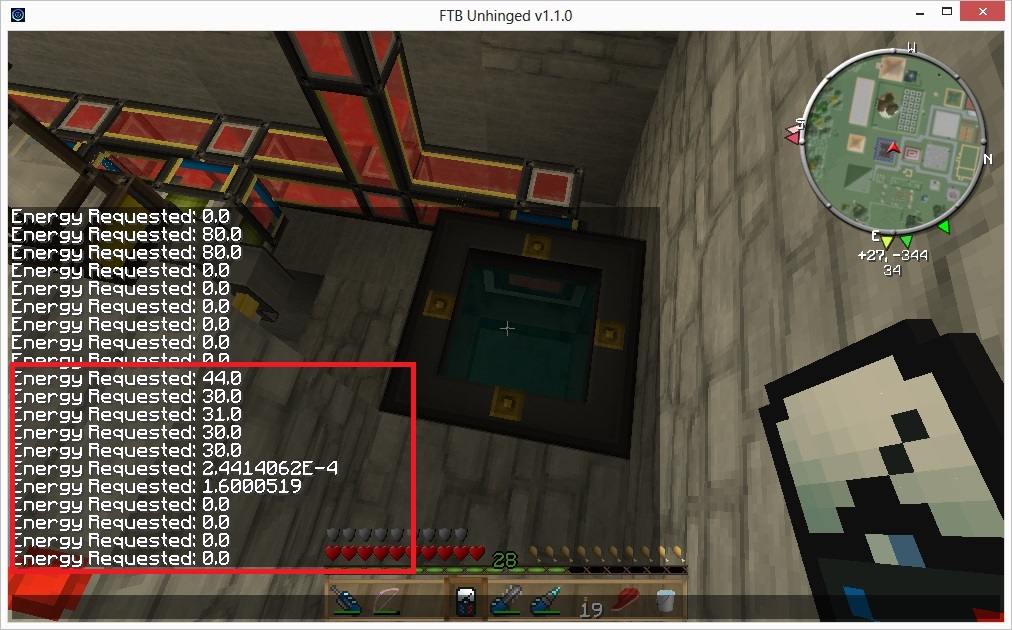 These readings were taking over about 6 seconds. As you can see at first it looked like I fixed it but it quickly reverted to some odd numbers, and then its previous behavior of requesting nothing.

There is a lot going on here, so I wish to clarify. I want to know why my engines are not outputting what they should be. I also want to know wtf is wrong with my 2nd bank of engines and their tesseract.

I have every mod in Unhinged installed and these mods as well from Unleashed:

The problem is Energy Tesseracts can only accept\output 100MJ\t. I will need to divide my power up among multiple Input and Output Tesseracts to achieve maximum power sending.

I havent messed with FTB in a while so it mightve changed, but back when I set up these kinds of systems, the conduits attached to the engine needed be the orange output, not the blue input.

1
Minecraft forestry multiple arboretum multifarms cannot work at the same time
0
How can I teach my ME System to distinguish between two different identical materials?
4
What seems to be wrong with my automated Lettuce farm?
0
What am I doing wrong?
4
System with multiple inputs, but when one is activated it disables the other inputs
0
Minecraft Showing Different World Lists when Launched through Steam
2
What am I doing wrong with this /testfor command?
1
Testfor trigger isn't working as expected in command blocks