I was trying to build a safe area for sleeping that doesn't have light. To prevent mobs from spawning, I only used half slabs (bottom half) and glass with a few exceptions. I needed beds, doors and chests which all must sit on solid blocks.

Somehow, mobs are still spawning in this area, although I can't track down where. Can mobs spawn on these solid blocks inhabited by doors, chests and beds?

Here is the construction; 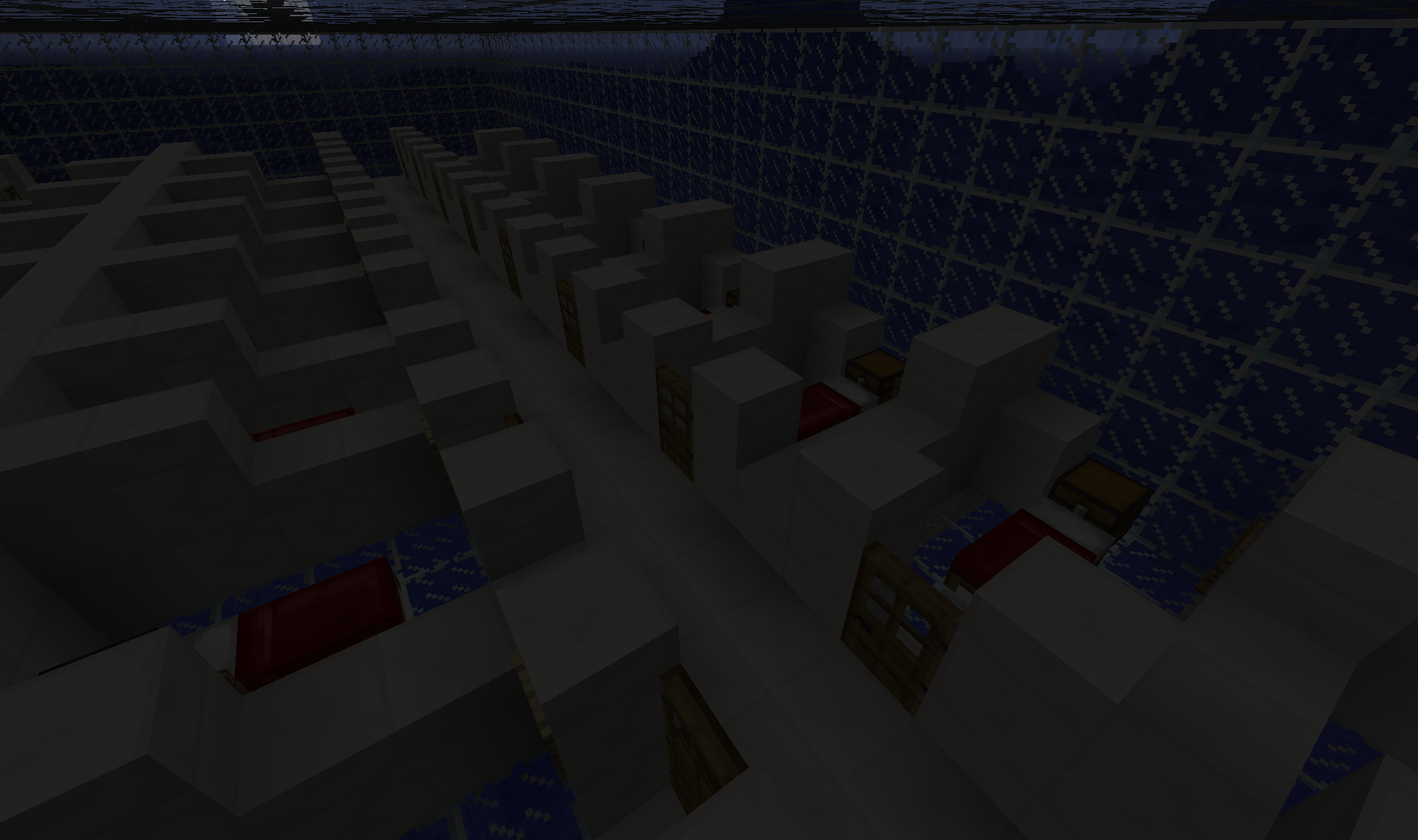 The culprit in your case is the second stage - individual mobs can spawn inside non-solid blocks like Carpets, Pressure Plates, open Fence Gates and even Doors - tall mobs are thin enough not to collide with a door when they are placed in the center of the block. 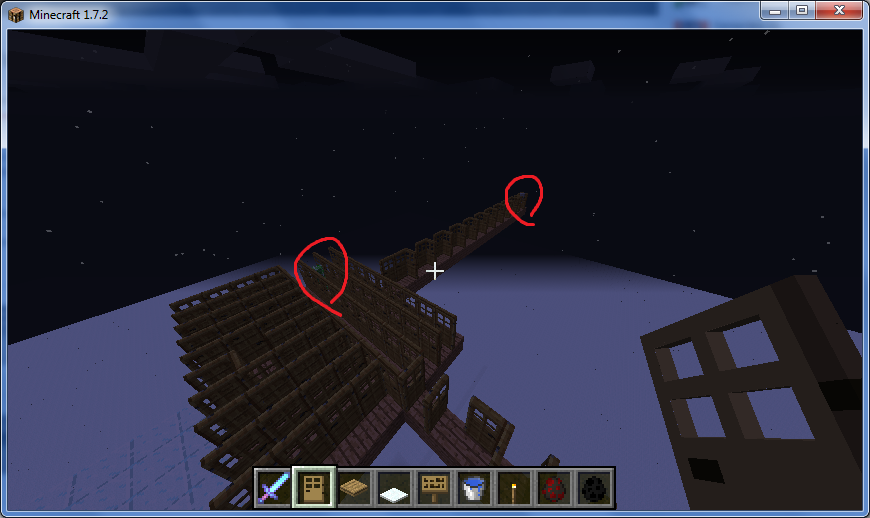 Had your installation been underground, with no Air block at the level of doors, it would be secure. But it being in the air, packs start spawning outside, and "leak" inside through door blocks. Oh, plus there's air above glass floor.

P.S.: My test world shown on the screenshot is a snow-covered superflat. Though mobs definitely can spawn in snow cover blocks, there is never (if I'm careful) an Air block on ground level, so the world is safe.

I'm quite certain mobs can spawn on the full blocks occupied by doors. I've had this happen before when playing a SkyBlock map and setting up structures in the Nether. I had built my entire structure out of nothing but lower-half slabs, with the only full blocks being the ones holding doors, and I still got zombie pigmen showing up.

2
Prevent spider spawning in a Mob trap (Minecraft 1.3)
9
What blocks can Mobs/The Player spawn on?
1
Prevent mob spawners from spawning nether hostile mobs
2
What's the best location for the player to spawn slimes in these 4 chunks?
1
Do Mobs spawn on Magma Blocks?
5
Why is my mob farm not allowing me to grab XP orbs in Minecraft? How can I fix it?
2
In what blocks could mobs spawn?
1
No Mobs Spawning in Mob Grinder
6
The case of the dead sheep