What are the various map randomisations for the Charlie Santa heist?

The first annual Christmas heist for Payday 2 has been released - codenamed "Charlie Santa". It takes place at the Go Bank and the objective is to steal the contents of the vault... or the vault, depending on how you approach the mission. 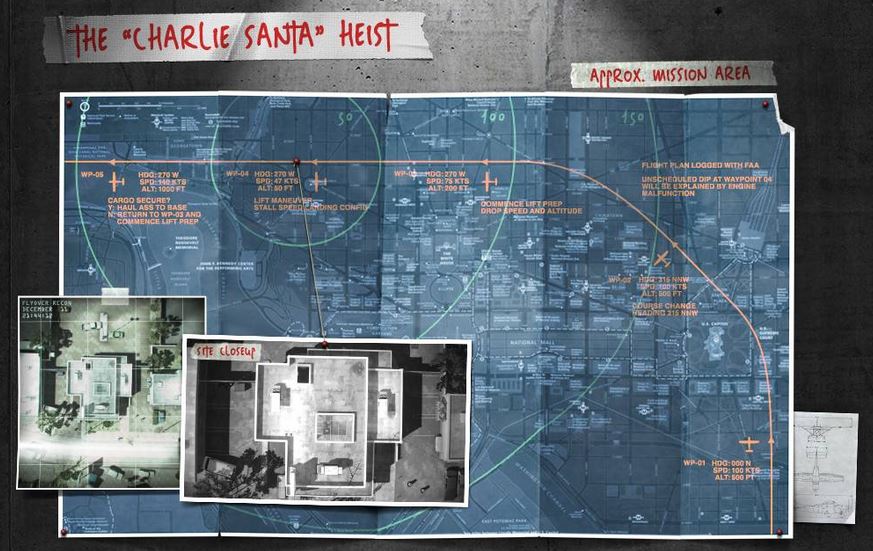 What are the various map randomisations for the Charlie Santa heist?

In comparison to the other Bank Heist level used in the Bank Heist: Cash/Deposit Boxes/Gold heists and on Firestarter Day 3, the Go Bank has a minimal number of randomisations. The actual physical layout of the building doesn't change, however there are a variety of civilian, guards, and keycard spawn points. 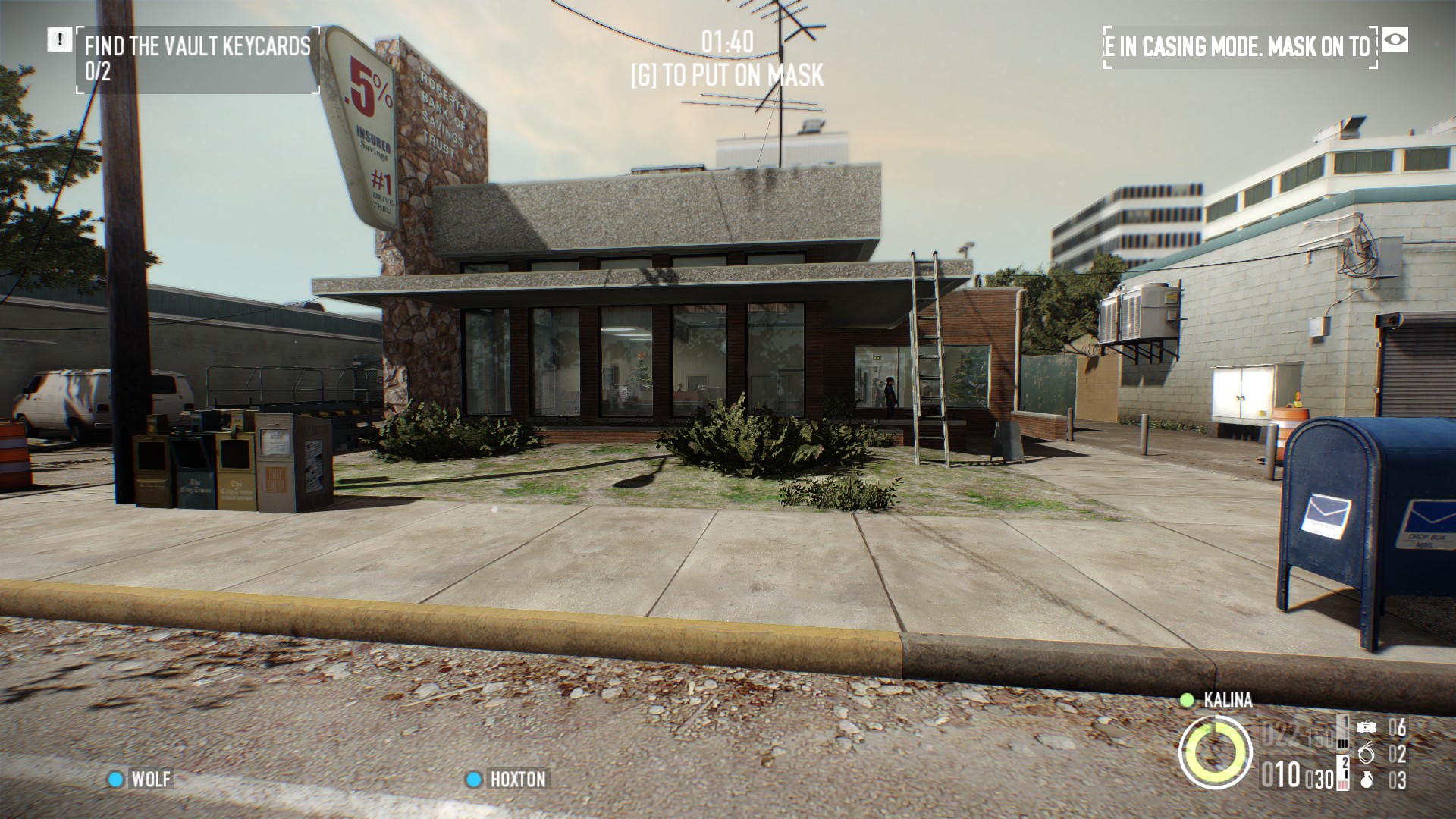 There is a possibility for workers (general civilians in work uniforms) to spawn in various locations around the bank, the car workshop, and the store next to the bank. There are a minimal number of civilians walking around on the street, this seems to be two or one with a stationary civilian stood next to the benches outside the front of the bank; 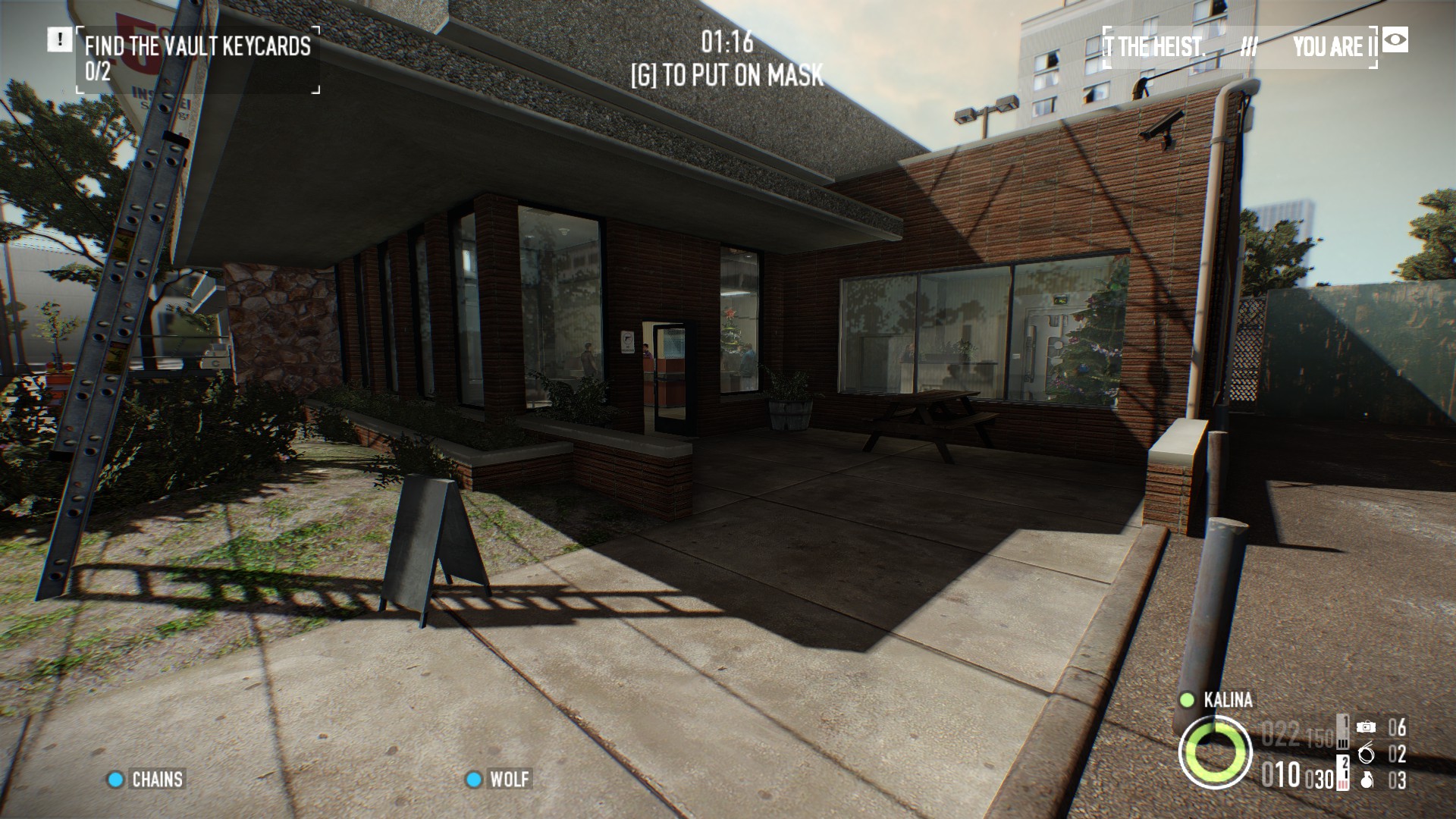 The position of the cars in the front and the back of the bank do not seem to move, however most of them has the chance to spawn a keycard inside it and you will need two keycards if you wish to stealth this level. It is relatively easy to mask up at the start of the heist and work your way through the cars, through the buildings to the left and right of the bank, around to the back of the bank. 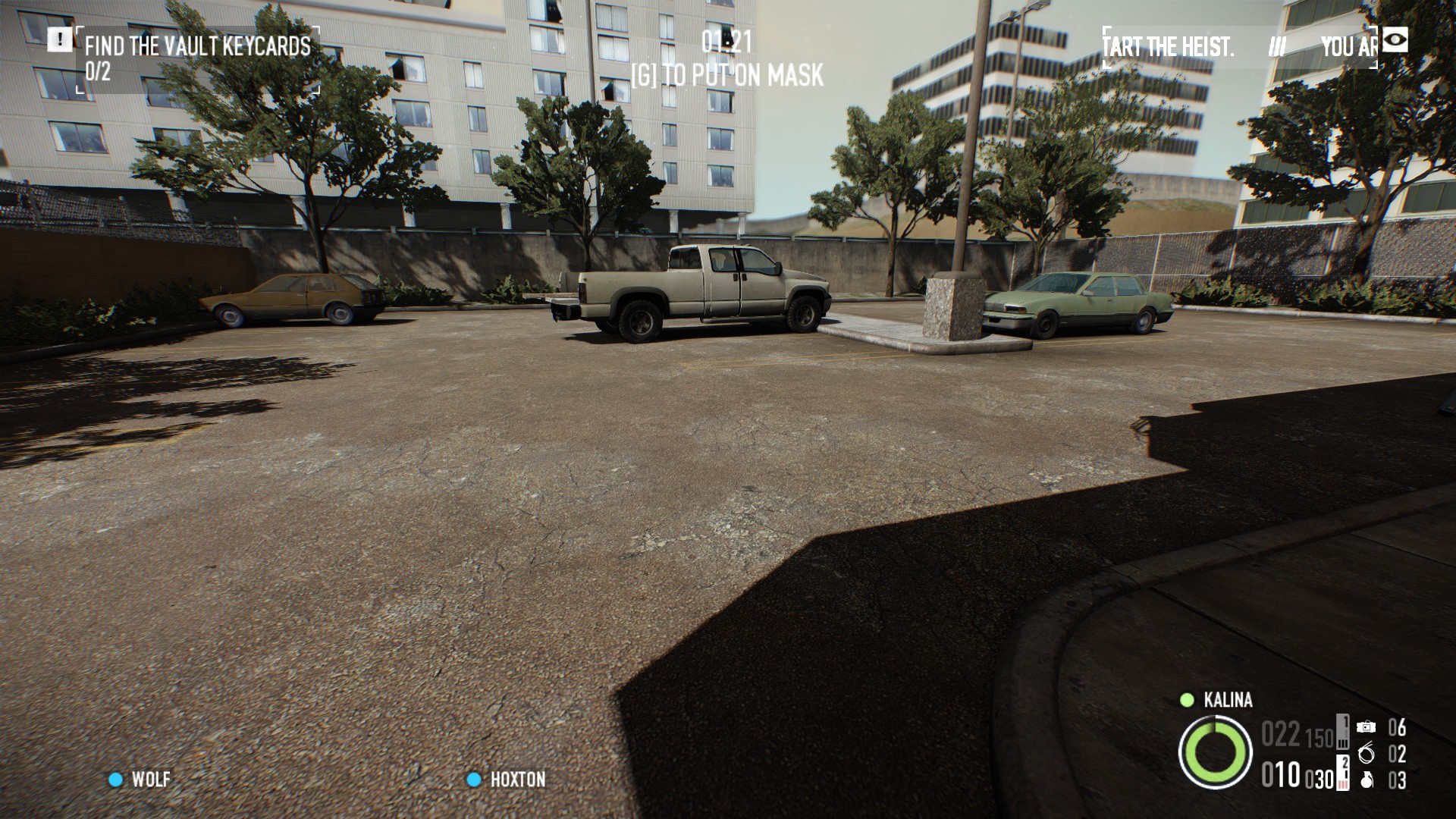 Inside the bank you will find between guards, civilians, a bank manager and an assistant bank manager/senior clerk. You will also find cameras. The cameras will either be in the back corridor running along the back of the bank, or in the main lobby area of the bank (or both). The bank is relatively open plan and the vault is in the lobby so you're going to need some crowd control regardless. 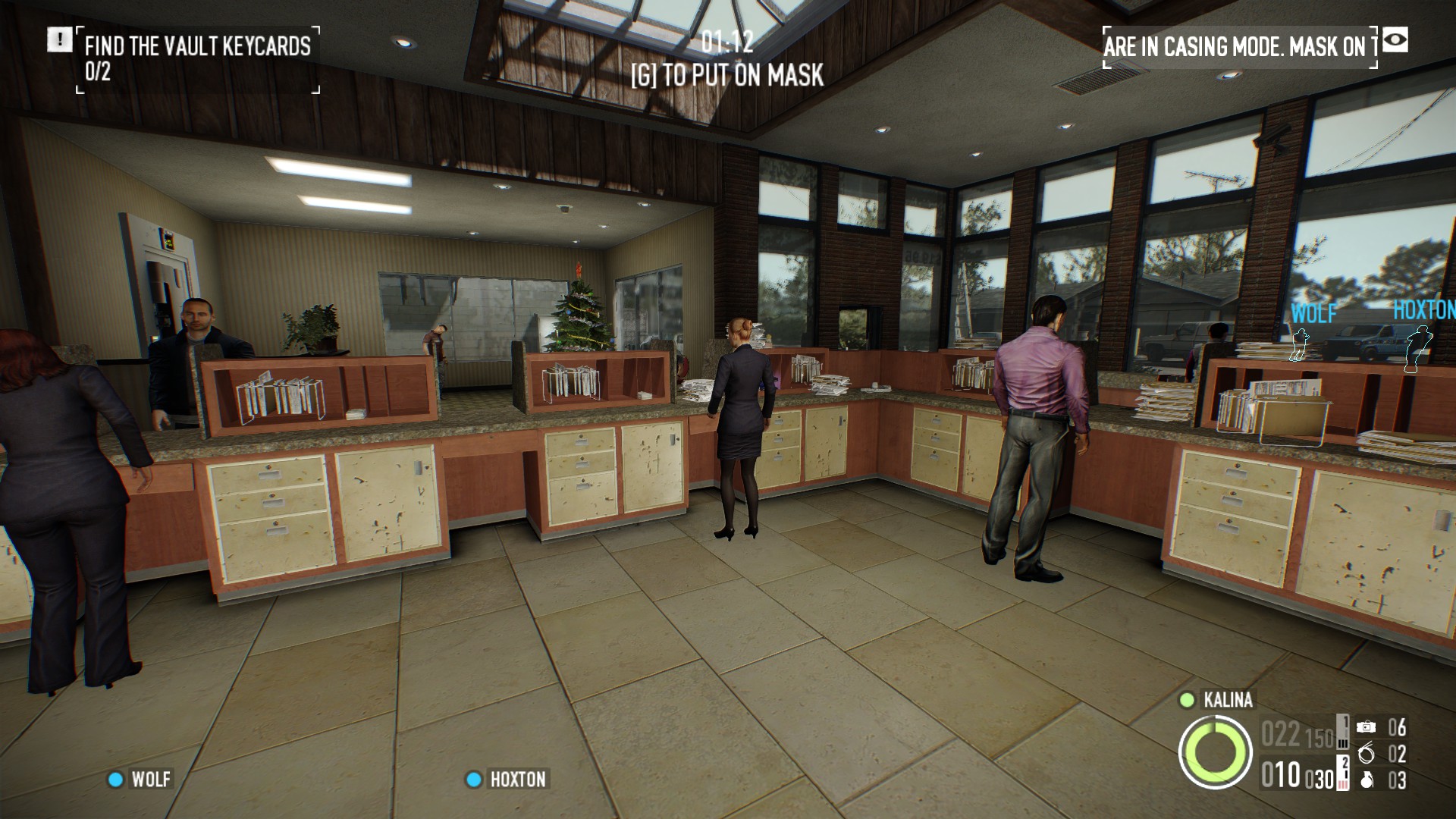 You will need cable ties to take care of the civilians, or cleaner to get rid of the bodies. Additionally, there are a large number of randomised events that can occur both while stealthing the heist or while doing it loud, including;

15
How can I pull off a Bank Heist without the cops getting involved?
9
Where can I find the vault keycards?

4
How does the level penalty in the postgame experience tally work?
6
How do I stealth the 'Framing Frame' heist?
15
How can I pull off a Bank Heist without the cops getting involved?
3
Will new civilians spawn mid-mission? (Or: I'm out of cable ties, can I just kill everyone?)
5
What do I have to do to unlock the "Train Heist" level?
9
Where can I find the vault keycards?
4
How much health do the various enemies have?
5
Duration of money burning on the third day of firestarter?
2
Why does no one drop into my public Payday 2 game?
11
Is it possible to tell if the Gangsters will backstab you on Day 2 of rats?