Finding the current installation of minecraft 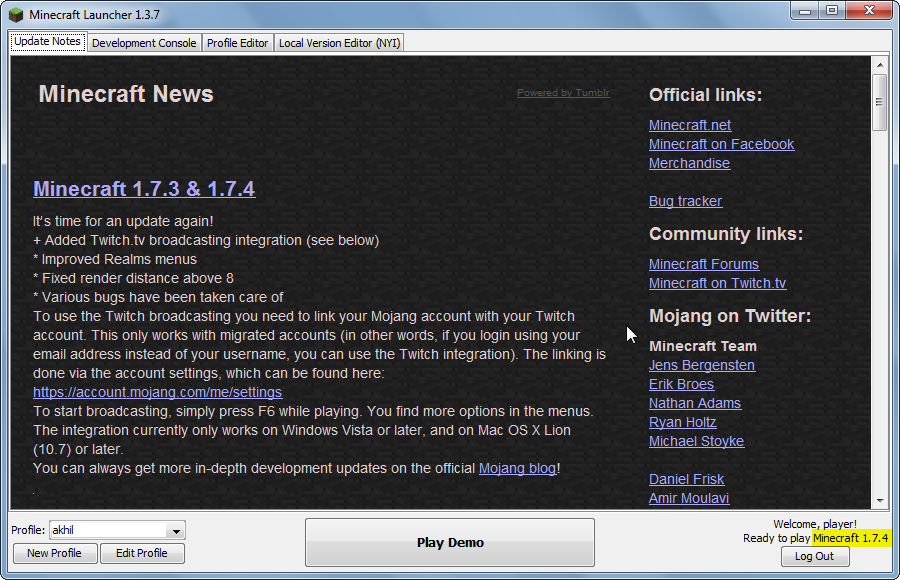 I tried to search in Windows Registry to see if there is any entry regarding the current version. But didn't found any when I searched for the term minecraft. And I can see that, this folder C:\Users\USERNAME\AppData\Roaming\.minecraft\versions contains the sub-folder 1.7.4 which is the current version!

So, is that the only place we can check to find out the current version?

So, what would be the effective way/place to look for finding the currently installed version? Any hints would be highly appreciated.

I just checked the launcher and this is how it does it:

Then it looks at the selected profile's lastVersionId and uses that version (e.g. 1.6.4). If there is no such attribute (as in the above example), it lists all versions from the versions folder, reads the json files and chooses the one with latest "releaseTime" attribute. It also filters the versions by "type" == "release" attribute (this filtering actually depends on the profile settings, but by default only "release" versions are considered).

6
How do I update LWJGL on 1.7.4 without a bin folder?
3
Launching Minecraft 1.7.4 from the command-line
17
Is there a way to find which version a Minecraft world was created in?
0
launcher minecraft error?
8
How can I have 2 different mod folders with the new Minecraft launcher?
0
Is it possible to get the Minecraft 2.0 April fools update on the 6th Minecraft launcher?