How do I complete the “Outmatched: 4 Very Hard AI” achievement?

I am trying to complete the "Outmatched: 4 Very Hard AI" achievement: Win a 1 vs 4 Multiplayer Custom Game with no Allies against 4 Very Hard A.I. opponents.

Any tips are welcome.

P.S. I would probably better to start from easier achievements, but it should be feasible to complete the hardest one too.

One approach - which could probably be deemed cheating - is to play on the map Burning Tide. The goal of this map is to be the first team to collect 15,000 minerals.

You can get all the Outmatched achievements this way, because the AI players spend minerals on units and buildings, yet they do not attack. The AI players also do not collect the minerals deposited by the lava - this becomes important when going against 3 or 4 AI opponents.

When you try to do a straight forward cannon rush where you build a Pylon and a few cannons inside the opponents base, the very hard AI will scout it and attack with workers before any cannons are ready. (This was added with a patch a while ago, previously the AI wasn't that aggressive.)

You can get around this by being a bit more sneaky about it and building your cannons in a place where the AI doesn't realize the danger: 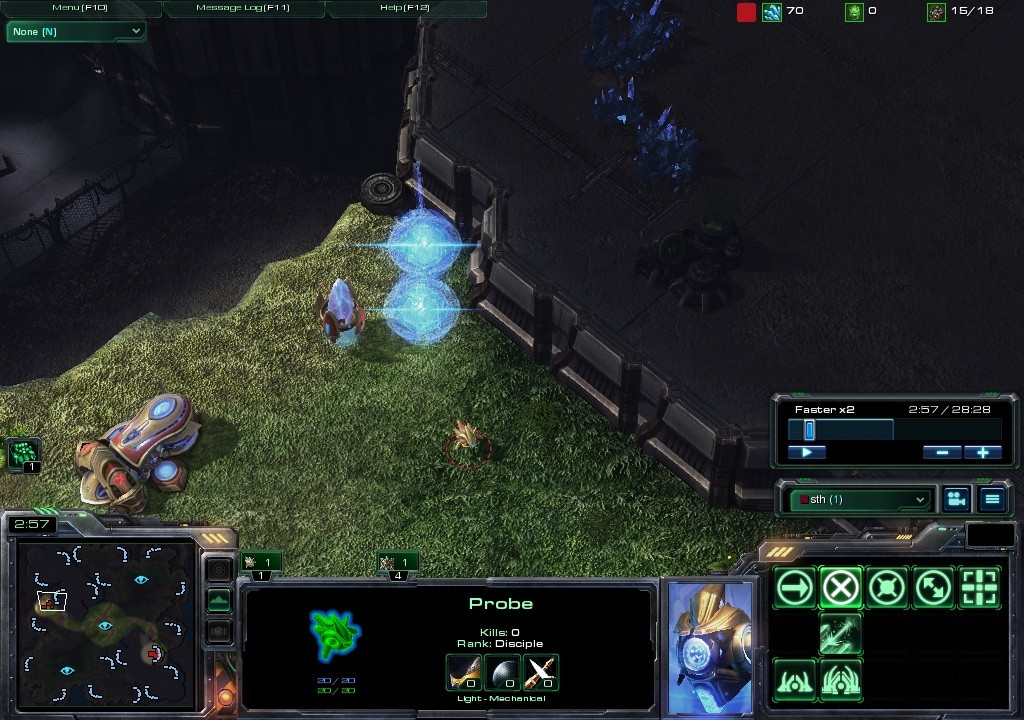 Once you established that position, you can start pushing in with cannons. 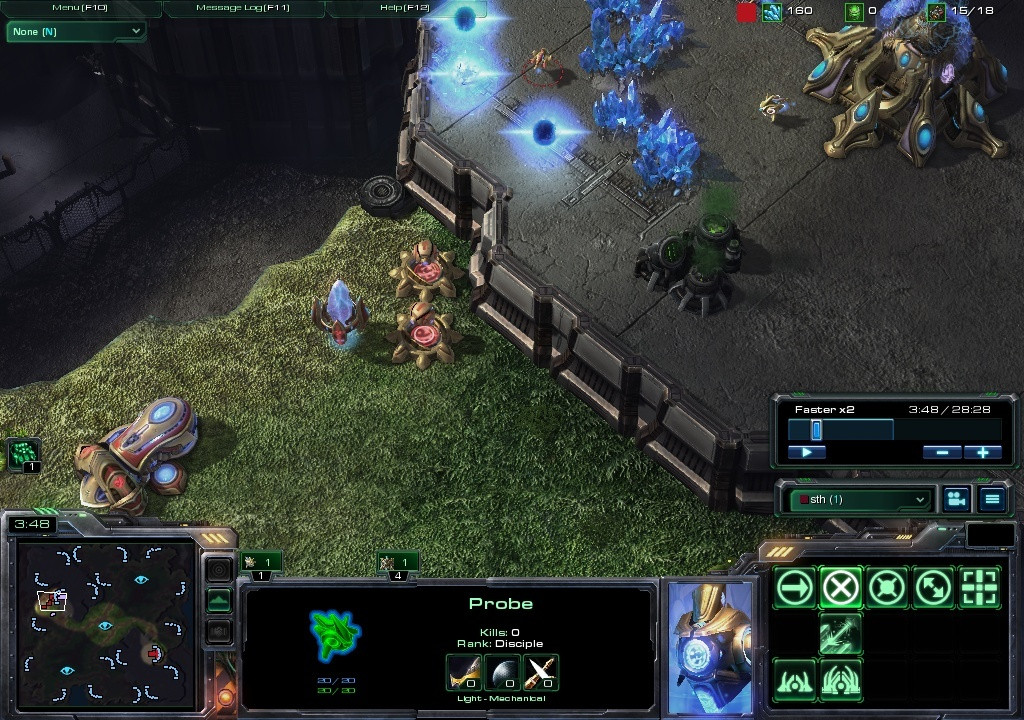 Try to shut down mining for at least two opponents as fast as possible: 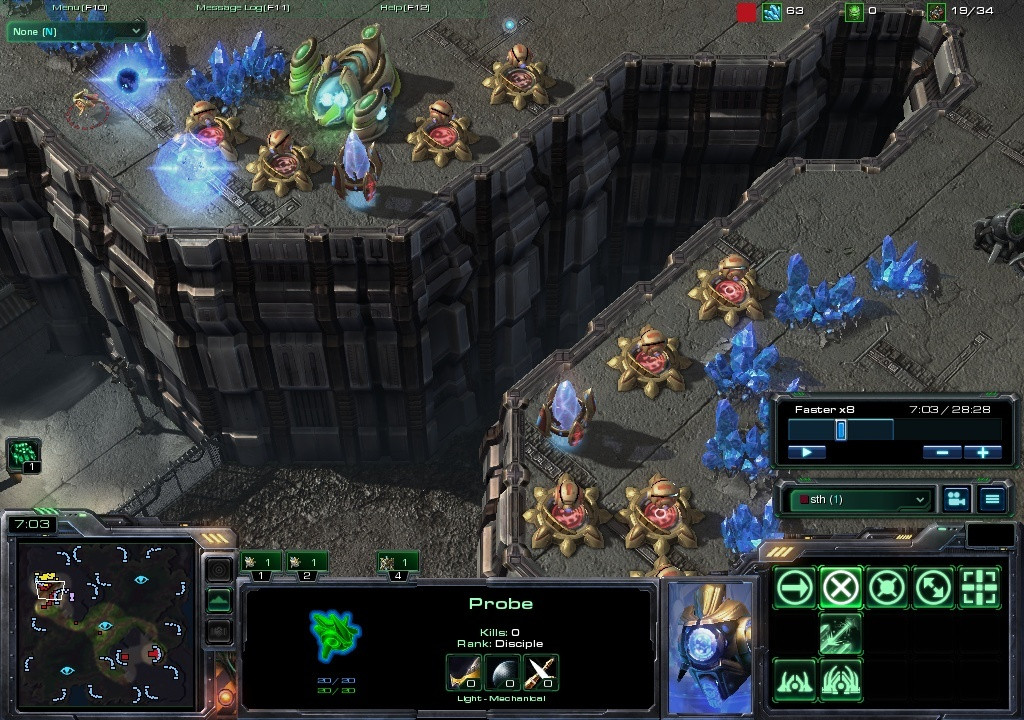 The other opponents will not counterattack, but try to get rid of the cannons next to their allies first. So build a lot of them, making sure your position can't be taken down.

From here on you could probably just push forward further with cannons to kill the remaining bases. Alternatively, carriers are a great unit to protect your cannons and destroy everything: 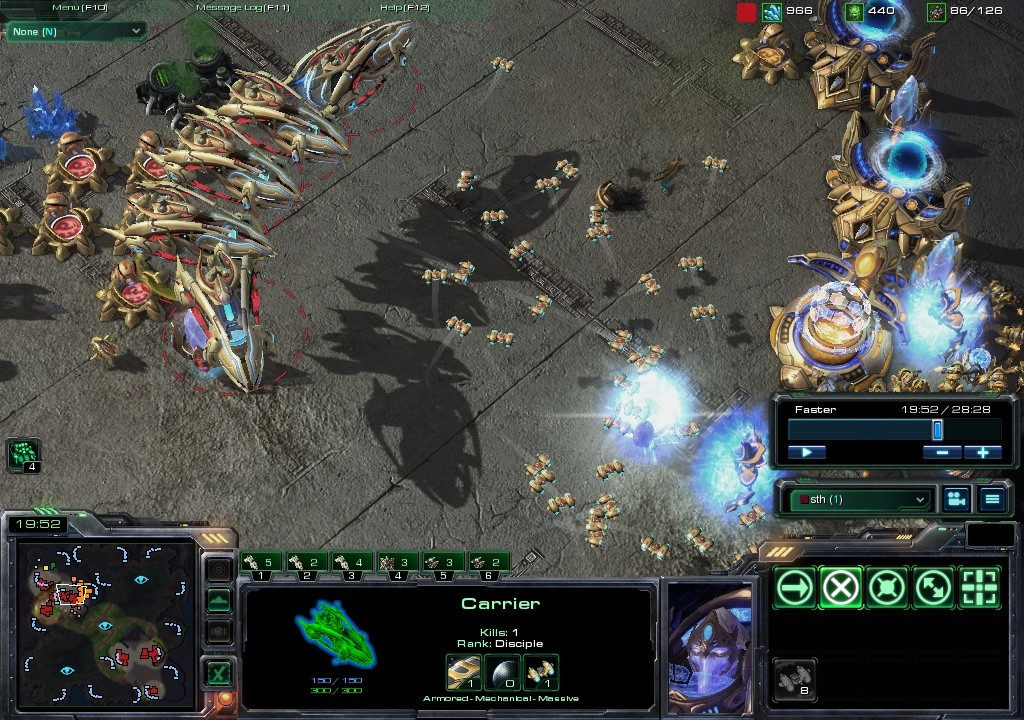 8
What are some good tactics for getting the “outmatched” achievements?

1
Any tips for the Insane AI co-op matches with AI allies?
7
How exactly can you get the “Liberty Completionist: Hard” achievement?
5
Strategies against zerg when playing protoss
9
How do I beat Insane AI in 5 minutes?
4
NO ARMY expansion: is this new strategy? Is it viable?
1
Good way to obtain all the 'Cooperative' achievements (Patch 1.4.1)
4
How do I complete the Meditation achievement?
11
How to complete the gardening achievement?
4
Countering terran's initial rush in 2v2 co-op vs hard AI