How do I force TDS for iOS to update achievements in Game Center?

I am having problems getting my achievements in TDS to register in Game Center.

I can't get the "Build 50 levels" achievement, despite me already having built 65 levels. 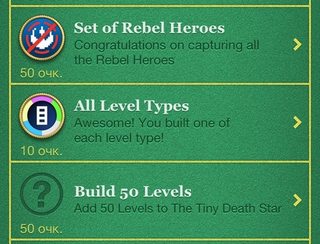 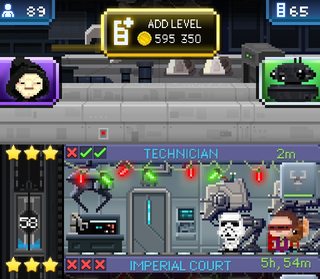 Strangely, after I bought Hoth Luke, the "Set of Rebel Heroes" achievement somehow activated (you can see it on the first screenshot). It is strange, because I either already had all the rebel heroes or only like a half of them - it depends on what exactly the game means. 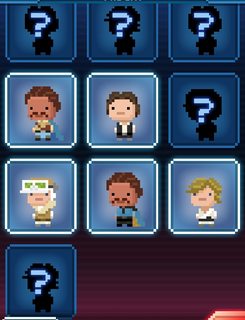 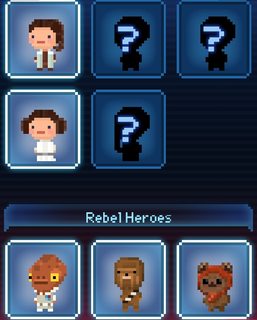 Is there any way to force an update to the achievements in Game Center?

I had an issue similar to yours, in that some of my achievements did not unlock after fulfilling the criteria. If I remember correctly, I think the buggy achievements were different from yours.

I was playing TDS on my old iPhone 4S (on iOS 7), and I think I built like 50+ floors but some achievements just refused to unlock. Then I got a new iPhone 5s, and started playing TDS from the ground up but using the same Game Center login.

In my new TDS game, I've already unlocked some of those achievements, and the rest of the unlocked achievements became unlocked on my 2nd run through the game.

So if it bugs you that you can't get all those achievements even after fulfilling the criteria, you can try resetting the game and using your same Game Center account to play the new game.

As you stated, Rebel Heroes ONLY refers to the 3 aliens you see at the bottom of your screen shot. Specifically Akbar, Chewie, and Wicket.

For whatever reason, Han, Luke, Lando, and Leia are not considered heroes by the developers. They are Men and Ladies of the Rebellion respectively.

As for why it unlocked when you purchased a different bitizen . . . My suspicion is that the achievements run a check whenever a new character is unlocked.

Game Center has always been plagued by oddities such as this, and sometimes it doesn't update if you get an achievement when you are not: signed in; on Wi-fi; or receiving cellular data.

Make certain that you are signed into Game Center, and that it confirms your log-in. Then, try to build another level. See if this fixes the problem.

It's the only way I can think of to possibly force an update.

Not the answer you're looking for? Browse other questions tagged ios star-wars-tiny-death-star game-center or ask your own question.

5
Why don't my achievements unlock in TDS?

8
How can I find iOS games that support the new Game Center?
2
Game Center achievements for Cat Physics
5
Why don't my achievements unlock in TDS?
4
Is there a system-wide Game Center problem with Tiny Death Star?
5
Overriding a game center with new data.
3
What is Game Center connected to?
2
What are the hidden achievements in Words With Friends for iOS?
0
Is it possible to transfer game data between two different game center accounts?