Will I receive a mage armor perk if I cast a flesh spell before turning into a Vampire Lord?

As you all know you are not wearing armor when in the Vampire Lord form. And, the mage armor perk in the alteration tree will improve flesh spells.

I just want to know: If I am wearing heavy armor, then I cast a flesh spell, and, then I turn into a Vampire Lord. Will the mage armor perk be active since I am casting the spell wearing armor even though, afterward, I am not?

This is pretty easy to confirm. You can use the console command player.getav damageresist to see your armor rating without having access to the inventory page:

My vampire lord's armor rating was 325 before casting stoneflesh (which is supposed to be a 60 point armor boost), and after casting it it is now 505 (which is a gain of 180 due to mage armor x3 effect). My normal armor rating went from 492-552 so I didn't gain any perk effects while not in vampire lord form. 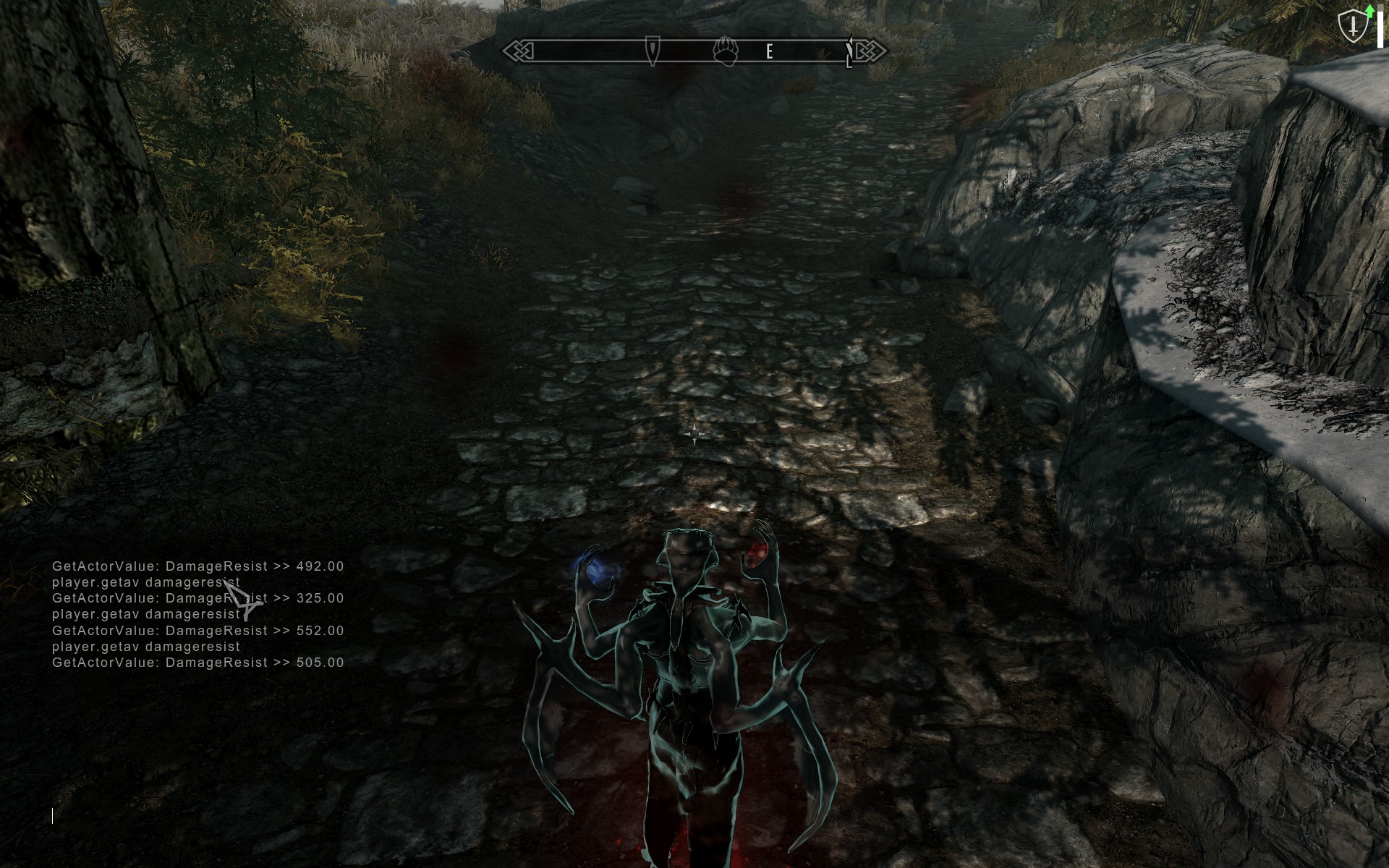 Now, considering the spell effect will wears off after a short time, its not too useful for the 3 perk points you must spend, but if you have a mod such as Invested Magic it becomes much more useful.

Not the answer you're looking for? Browse other questions tagged the-elder-scrolls-v-skyrim skyrim-dawnguard or ask your own question.

56
Are there disadvantages to wearing armor as a mage casting spells?
10
Well Fitted/Custom Fit armor perks: If the armor type of the shield is different, will it affect these perks?
14
What are the movement speed effects of walking & running with or without weapon drawn and heavy or light or no armor?
12
What strategies are there for fighting mages as a mage?
3
How do the mage armor perks interact with ward spells?
3
Can't seem to achieve free destruction spells in Skyrim?
8
How strict is Skyrim's 'Mage Armor' perk on the armor restriction?
10
How Does Making a Skill Legendary Affect Spells?