Hi guys since this weekend I can get those games with a discount (only 3 bucks each!) I'm going to buy one of them.

Now, I'm new to the Myst saga. What significant differences are there between realMyst and Myst Masterpiece Edition?

The main difference between realMyst and realMyst: Masterpiece Edition is that the latter uses redone textures of a much higher quality as well as running in a higher screen resolution.

On a side note: Myst's first sequel, Riven, is a 2D-only game. It's also considerably larger and more difficult than the original Myst.

Note: There are 4 more Myst games after Riven. They are:

When they originally did Myst, the 24-bit rendered views (~2,500 of them) were downsampled to 8 bit to load quickly from early CD-Roms.

The Masterpiece edition uses full-quality images (and remastered sound) but the models and textures themselves haven't been updated - so to me it feels a little like you can see the rendering imperfections better. (See below how pixelated the path / column textures are [more clearly visible at full-screen sizes]). There are also colour improvements - try opening them in 2 tabs and switching back and forth.

Conversely, RealMyst is a complete re-texture and (I believe) re-model of the world with a free-moving perspective. IMHO It looks prettier and plays better. 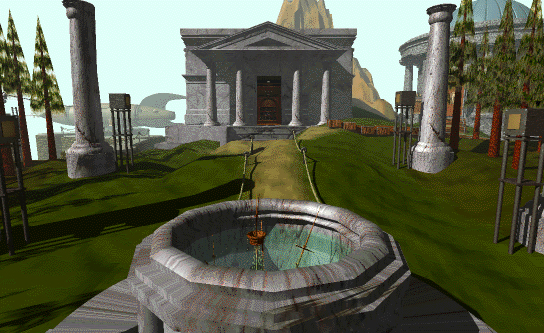 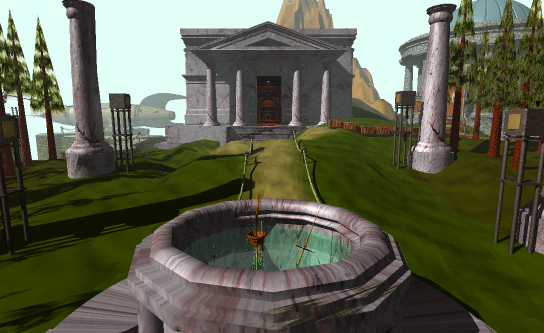 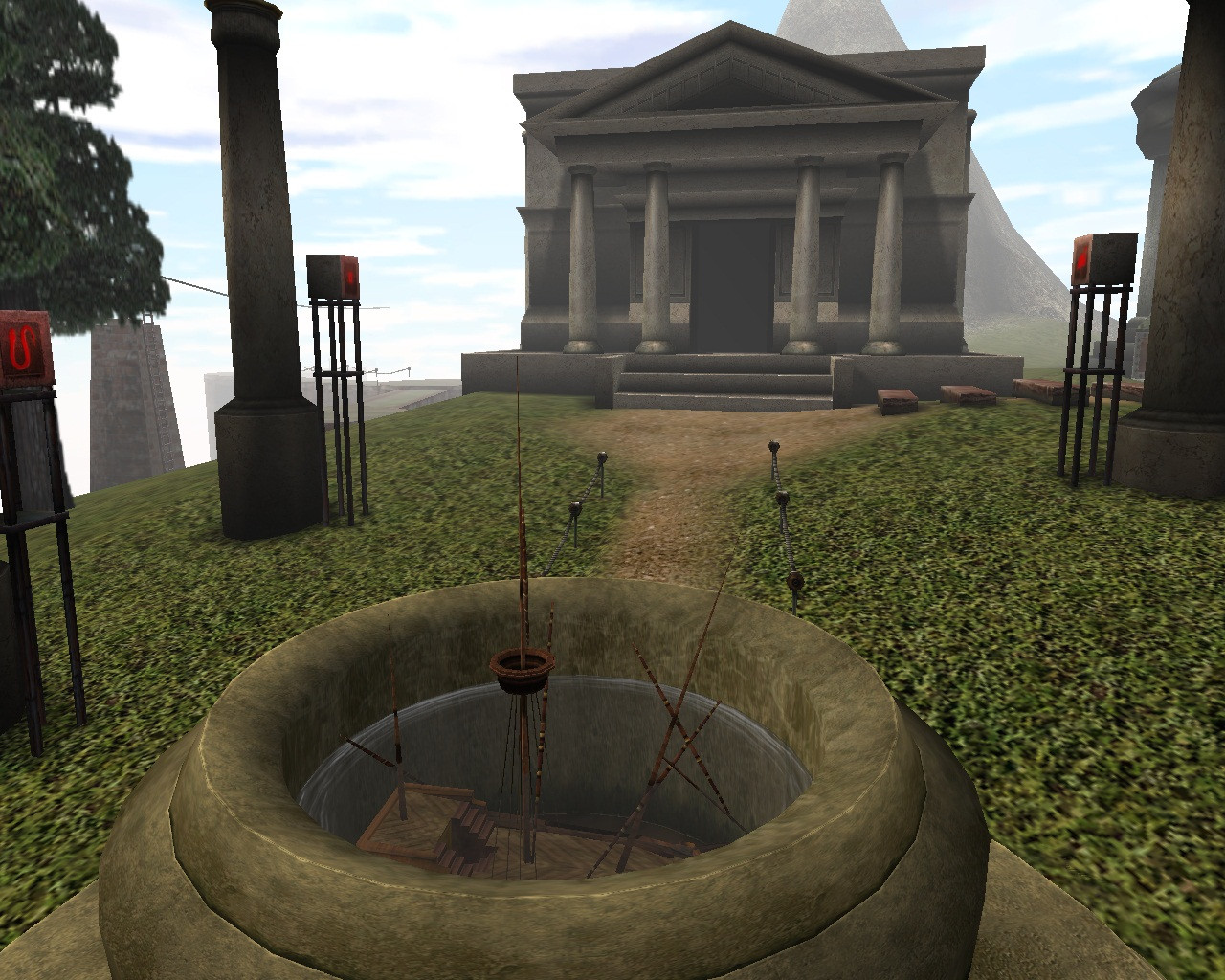 Someone has also put together a video comparing these versions and some of the more recent additions:

Definitely recommend RealMyst over Masterpiece Edition - not for the Ryme age (although that's not a small bonus), but because the improvement in graphics and control. (And you can choose to play RealMyst in "point and click" mode like the original, but I'd recommend the first-person WASD controls - there's a lot of detail you miss by sticking to the main path.)

So, in short: get RealMyst and Riven, and a good hint guide for the latter. :)

Myst: ME is node based, with individual screens. realMyst is full 3D.

realMyst does have a few minor additions. The only important ones being Ti'ana's grave stone, and a small but interesting bonus age after the game is finished.

If money is an object buy Riven, you do not have to play Myst first and Riven is 10 times the game Myst is.

I personally think realMyst is much more involving than either the original or the masterpiece version. More so when you consider the Rime age is only available in realMyst.

And yes Riven is worth it for more in-depth puzzles, story and environment (if you can get past the now aging graphics that haven't been updated in newer re-releases).

In the Realmyst Masterpiece Edition, in the Selenitic Age, there is a submarine section with a 'track maze' part in it.

This maze is underwater in the original Myst and it is above water in the Realmyst version.

Not the answer you're looking for? Browse other questions tagged version-differences myst-series or ask your own question.

11
Are there significant differences between the Xbox and Wii versions of LEGO Star Wars III: The Clone Wars?
3
How do I count in Myst?
3
What ages are in Uru: Complete Chronicle and not in Myst Onlive: Uru Live?
9
Are there differences between the original Metal Gear Solid and the one from the PSN Store?
5
Is there a version of Ocarina of Time where the village tree doesn't change?
6
Why do the prison ages differ in Myst IV: Revelation compared to Myst and Riven?
8
Is there anything special about the Borderlands 2 GOTY edition over the base game with the same DLC?
26
What version of Divinity is the most recent?