Receiving tesseract does not interact with build-craft transport pipes

Almost on every tutorial video, I watched about Thermal Expansion tesseracts, receiving one can output items to build craft transport pipes (gold or stone). The thing is I use Thermal Expansion 3.0.0.2 mod which has only one type of tesseracts (Not energy, fluid and item like was earlier. Now it's three in one.). And the problem is that receiving tesseract does not output items to transport pipes. It can easily interact with any kind of chests attached directly to it (even with Applied Energistics chests), but not with the pipes. What am I doing wrong or how to fix this? The following configuration does not work: 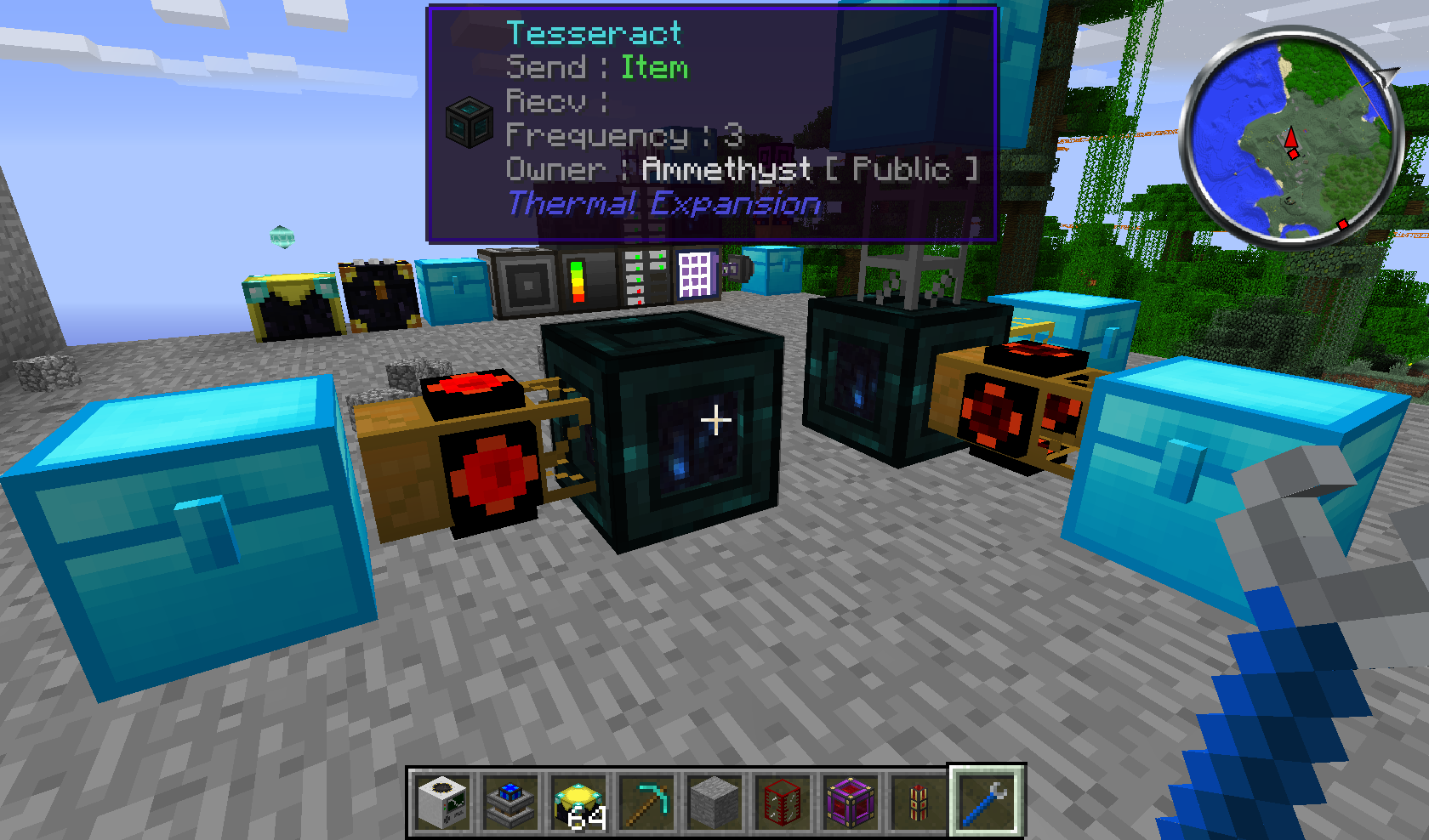 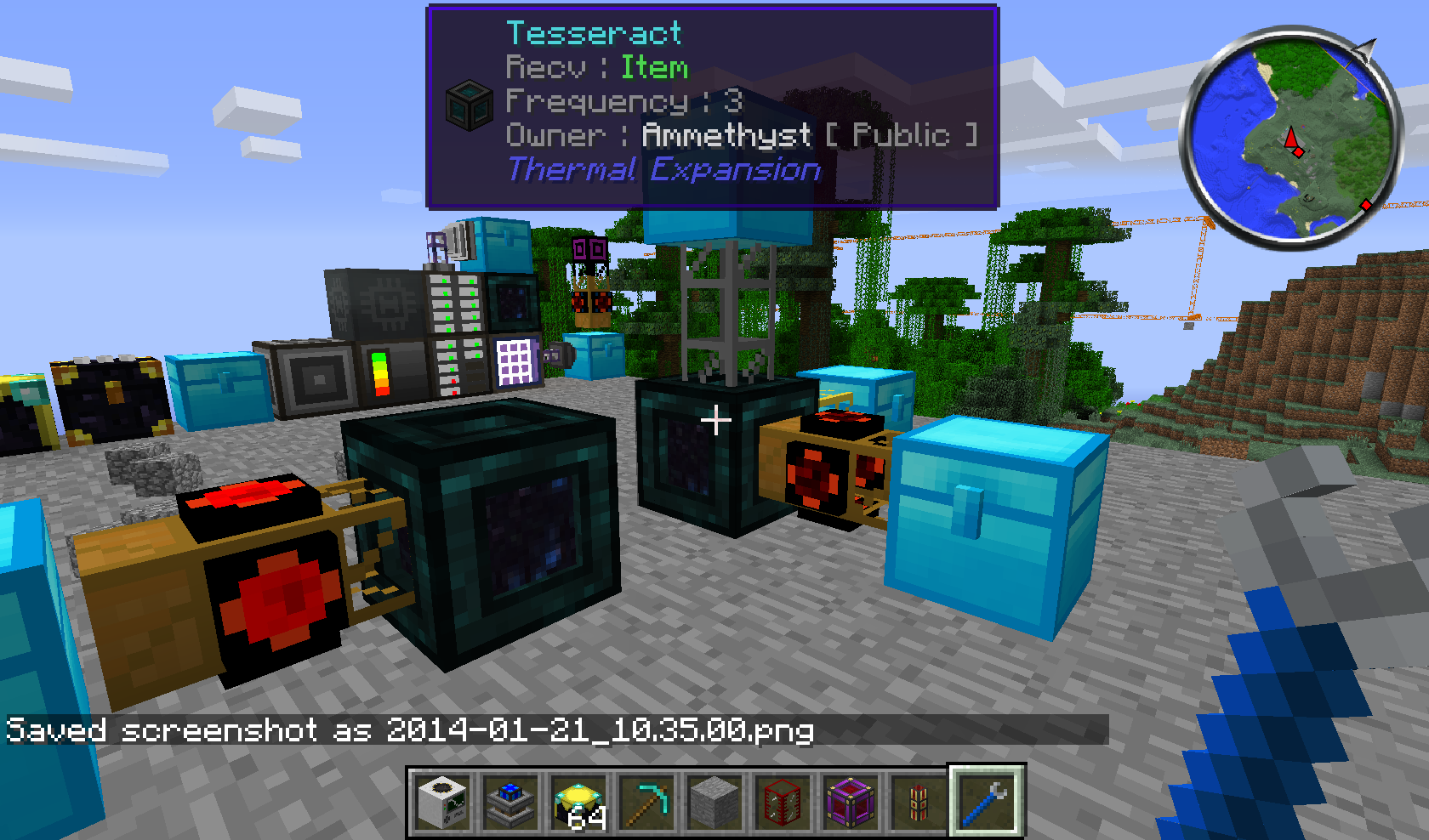 But if I put chest directly to the receiving tesseract items are transported properly. The next configuration works fine: 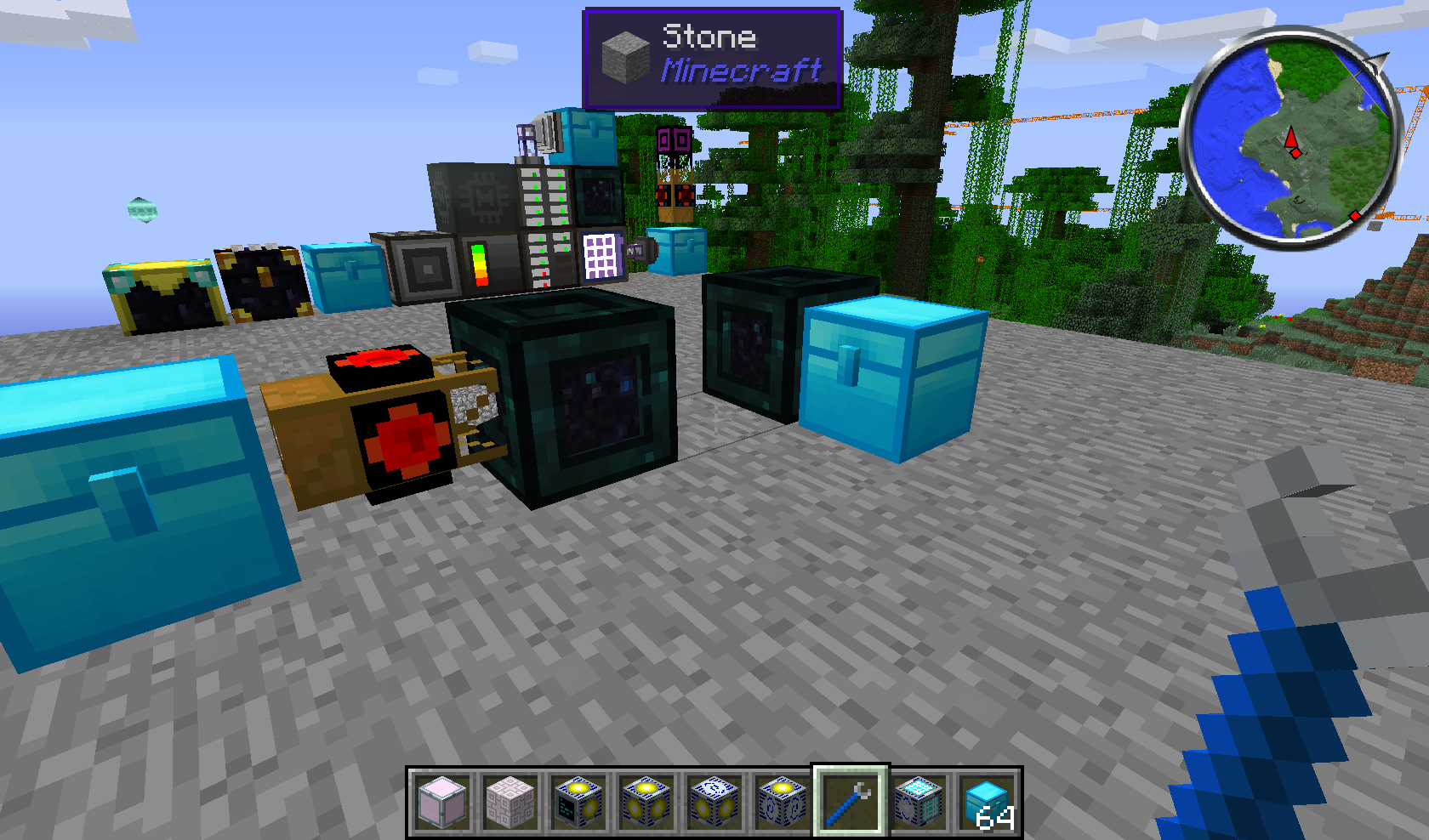 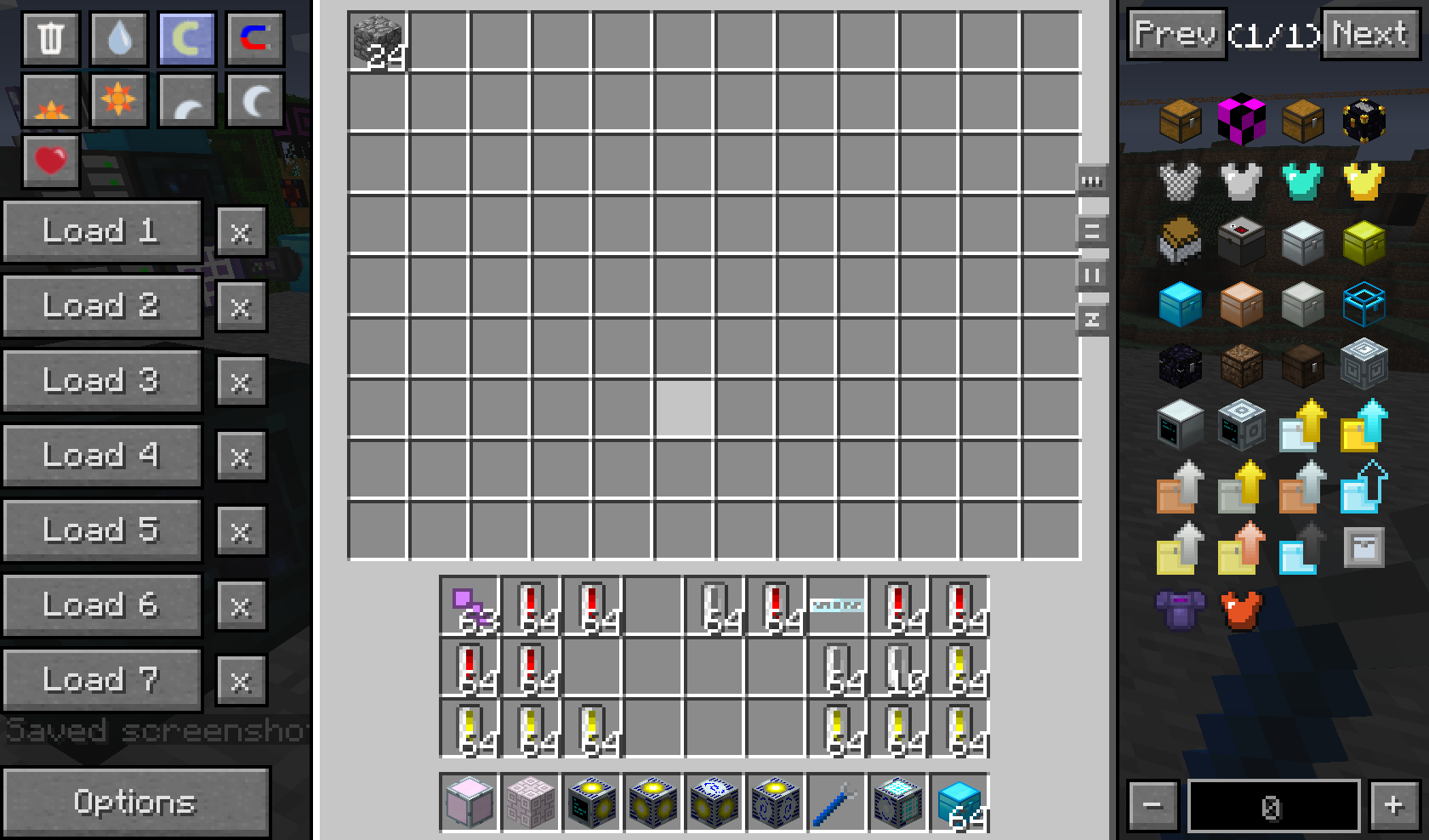 I use Minecraft 1.6.4, Thermal Expansion 3.0.0.2 and Build Craft 4.2.2. Client and server are combined by myself and all mods are installed on vanilla minecraft. No additional modpacks were used. Here is full list of mods I installed.

EDIT: I started new client only with 3 mods from this list: BuildCraft, Thermal Expansion and NEI and nothing changed. Receiving tesseract still doesn't pump out item to the pipes.

I think that they are not compatible with buildcrafts pipes yet, you need to use a fluiduct(you're free to use a pipe after that i think).

GorstavichGorstavich
1
1
Add a comment  |
Highly active question. Earn 10 reputation (not counting the association bonus) in order to answer this question. The reputation requirement helps protect this question from spam and non-answer activity.

Not the answer you're looking for? Browse other questions tagged minecraft-java-edition minecraft-buildcraft minecraft-thermal-expansion or ask your own question.

3
None of my MJ production is working as expected, what am I doing wrong?
1
In what ways can I generate EU in feed the beast?
2
Tesseract Pulling from Multiple Chests to Multiple Locations
2
Automation of ore -> ingots using Applied Energistics and Thermal Expansion in FTB Monster 1.1.1
0
execute @e with scoreboard does not work