How to join a guild in Castle Clash?

Every guild I see only says apply. There are 1900 pages of guilds and I've been through about 200 and applied to about 30 over the past 5 days. I have yet to be invited to one. I did research(what little i could find on this game) and where it says apply for me its supposed to say join instead, leaving me to believe there is a instant join function and not a approval process. Any ideas?

In the older version of Castle Clash, there was a guild join button and might requirement. As long as a person had a might number over the requirement, they can instantly join a guild. This doesn't exist anymore though.

In the latest version, there is an apply feature. Basically, you need to apply to a guild and the leaders can either accept or reject your application. There is still the might requirement too, so you would have to be over the specified might to apply.

There are times when guild leaders don't check their applications tab because they forget. Sometimes they also can't decide if they want to accept or reject, so they make that decision later.

These days it's super easy to join a new guild.

Just go to the Guild Hall, select Guild Hub, and there's a Recruitment tab there: 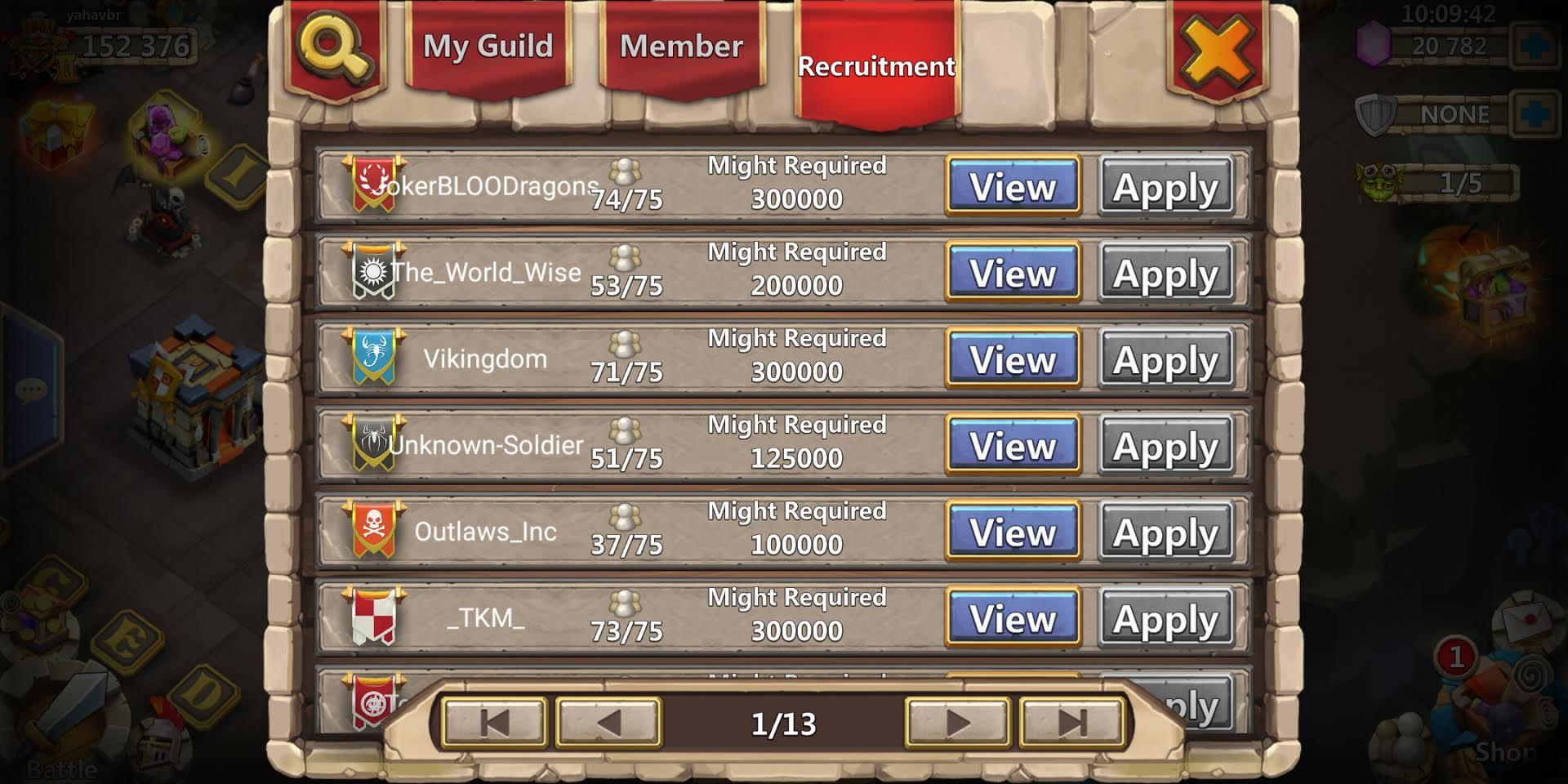 Browse the list of guilds, and Apply to those you want and can join, based on your might (you can apply to as many as you want). You will automatically join the first guild that approves your request. Once you are in a guild, you can't apply to any other guild though. (And also for 24 hours after leaving a guild.)

In case your Might is too low to join guilds in that list, you can open the game chat (icon in the middle left of the main screen), and ask to join a guild there.

4
If I leave a guild, do I lose my guild credits?
0
Why am I no longer the leader of my guild?
1
How much Gold and Mana is actually at risk when you are attacked?
2
Castle Clash: Is there an optimal time to use gems to buy heroes?
5
What happens when I disband my own guild?
2
How do you leave a guild?
2
How to see what the builders are building right now?
1
How to use those soul stones?
2
How can a Peasant have several EVO2 heros?
0
How can I get more snacks?