In Sethbling's snapshot 14w07b video, he uses a command block to give him jump boost while he is wearing his Boots of Leaping.

I am trying to imitate this for a multiplayer map I am making. Wearing golden boots called "Stealth Boots" is supposed to give that player invisibility. I am using this command:

I do know that in the video he is using a /testfor command, but since I'm making a multiplayer map in order to use this technique I'd have to define a scoreboard variable for each player - and even then, the players would be finite. Thus, I want to be able to use the command DIRECTLY.

When I use that command, it either says "That player cannot be found" or "The entity UUID provided is in an invalid format" - the former of which I'm familiar with; the later I've barely ever seen before.

As of 14w10c, this is possible using scoreboard values.

First, you need to set up a dummy scoreboard variable. I used "sneaky" as my variable, but you can really use whatever you want (as long as you change the commands as appropriate). To set this up, you just need to use the command /scoreboard objectives add sneaky dummy. You only need to do this once.

I had to set up the command blocks in a very specific pattern for them to work, as shown: 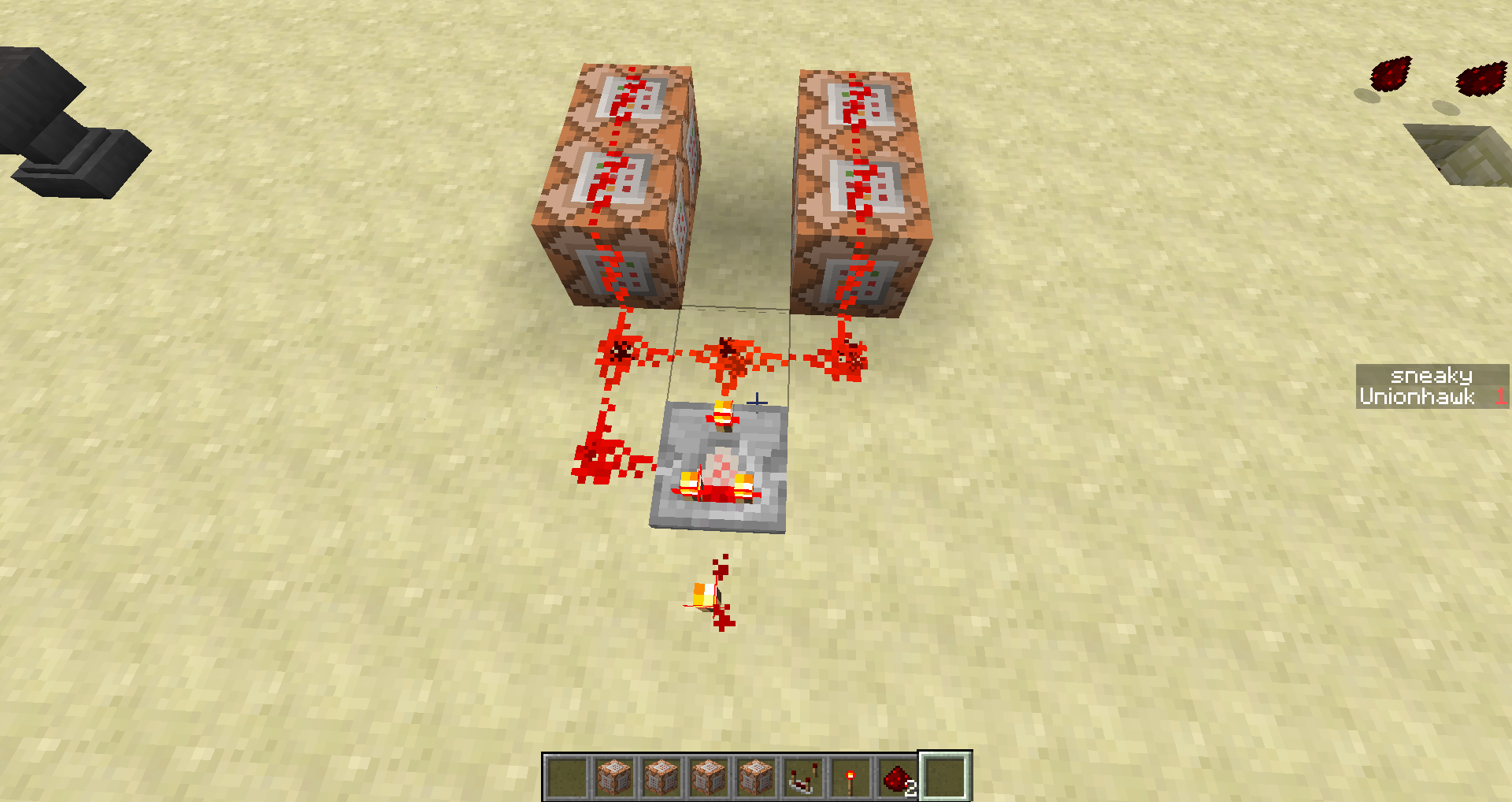 I think this has something to do with how command blocks handle firing off "simultaneously". The comparator in this setup is in subtraction mode, creating a "comparator clock" which pulses very quickly.

The command blocks on the left are your scoreboard related commands. The one on the bottom left sets "sneaky" to 0 for all players:

The command block on the top left sets "sneaky" to 1 for all players with the stealth boots equipped:

The top one gives the invisibility effect to all players with the stealth boots:

This can be done without a scoreboard in 1.13, which added a "nbt=" selector argument:

Just one question, what slot is head, chest, leggings and boots as I'm confused, thanks!

1
How do I apply a specific command to a player wearing certain gear?

0
How do I set up a scorebord variable to act as a bool and later test for it
0
How to make a mob spawner that can spawn mobs with custom drops?
2
Entity Inventory Slot Detection
0
Minecraft: How to give an effect to a certain player standing on a block on multiplayer?
2
How to Get Jump Boost Boots In Minecraft
1
How would you /effect someone with chainmail boots with only 1 command block?
5
How to detect for player with custom head