Get steam to realize I have games already installed

I uninstalled and re-installed steam. I didn't uninstall my games, and they still exist on my hard drive (I checked).

I have an SSD and a HDD, and to save space I install programs (including steam) to C:\Program Files (x86)\Steam drive (SSD) and games to D:\Games\SteamApps (HDD). How to I let steam know the programs are installed there?

There is now an official support article at support.steampowered.com covering some other solutions as well.

Go to Steam > Settings > Downloads tab > Steam library folders. Add the D:\Games folder there and restart Steam. Steam should then be able to find the installed games again. 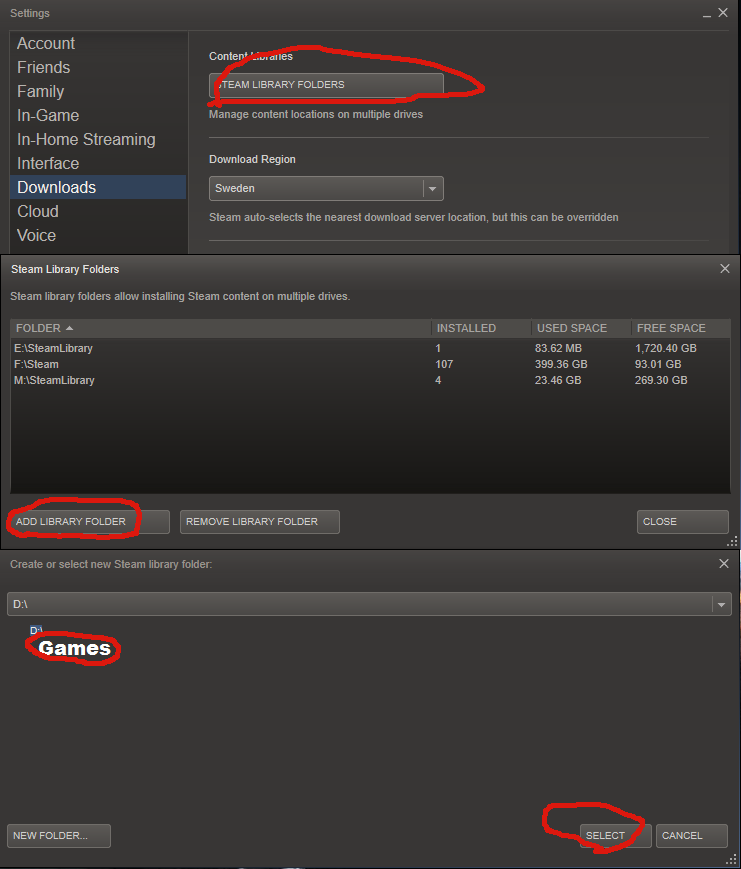 I know this is an old question with old answers, but I came across it when I made the mistake of backing up only my .\SteamApps\Common folder, and not the app manifests that accompanied them before uninstalling, deleting and reinstalling Steam.

None of the easy methods worked for me, and faced with the task of manually clicking through the install dialogue and waiting for it to discover existing files 1000 times over, I wrote a PowerShell script to do it for me.

It saved me a lot of time and effort, so I thought I'd share for anyone else who lands here. 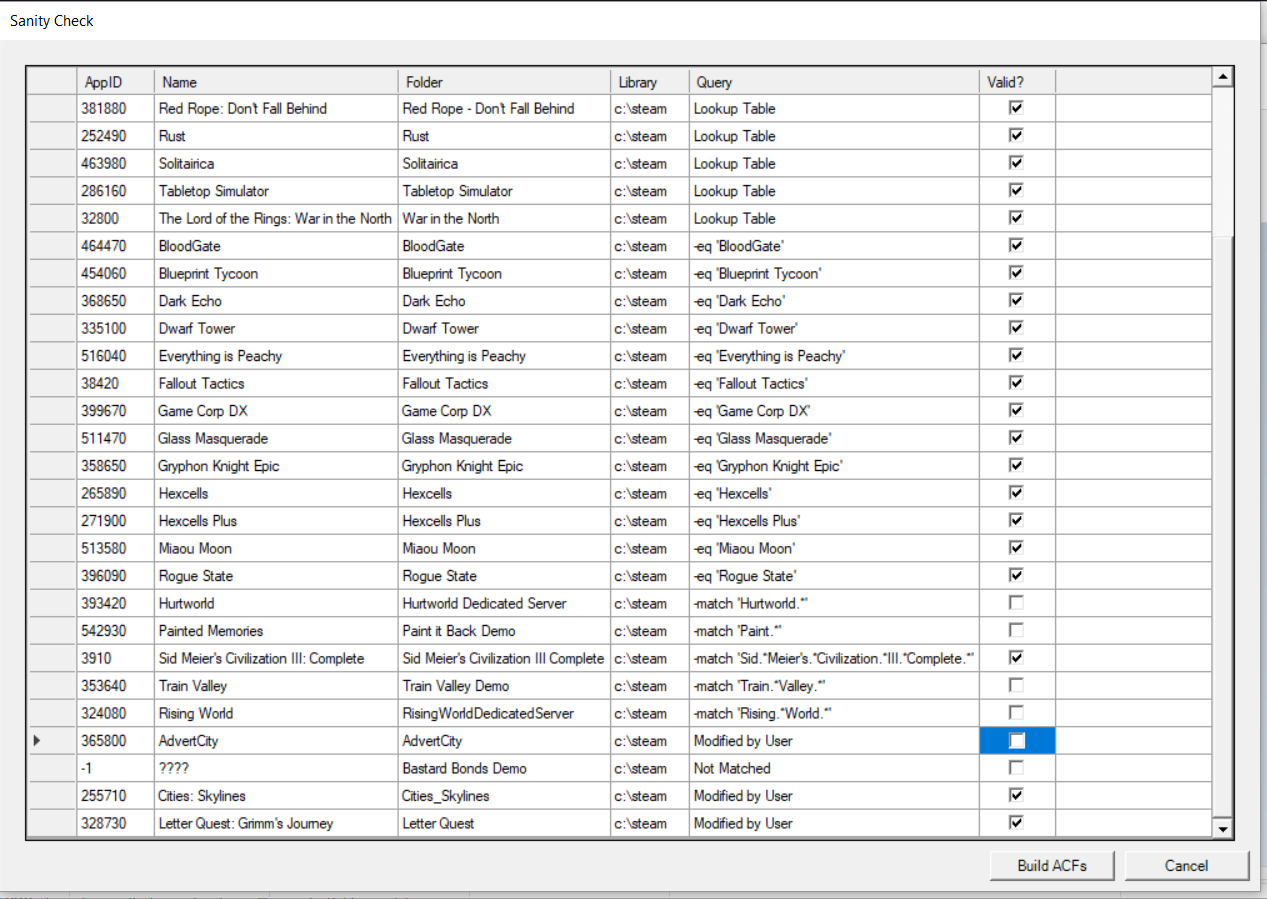 After this it either installs the files or just does nothing. I had the same problem but I think it got patched by Valve a while ago

I can confirm the possible ways for you because I have done it many times.

Method 1: Moving games to a new hard drive (like SSD)

Exit Steam and then run it again. As soon as it opens, all the games that it finds in the library folder will be shown in White color as if they were already installed.

Method 2: Copying steam games from an old computer to a new computer On the new computer, open Steam and either install one small game, or create the subdirectory yourself - it should be C:\Program Files(x86)\Steam\steamapps\common

Exit Steam, then copy the games from the old computer's steam library usually from C:\Program Files(x86)\Steam\steamapps\common into the same folder on the new computer.

Run Steam, and all the game names listed in your library will be in White color as if they were installed. When you run the games, Steam will run the DirectX prerequisite installs if neeeded just like it had done on the old computer.

Method 3: Copying a single game from one PC to the other Steam can be left running. On the new computer, open Steam and either install one small game, or create the subdirectory yourself - it should be C:\Program Files(x86)\Steam\steamapps\common

Copy the game from the old PC onto the new one and place it in the same folder as before - usually C:\Program Files(x86)\Steam\steamapps\common\Arma 2 Operation Arrowhead

4
Importing games back into steam
3
Downloaded game onto my external hard drive, but Steam won't let me play the game?
0
Steam no longer recognizing games in drive F
23
What happens if you install a Steam game to a removable drive?
32
Does uninstalling Steam also uninstall games installed through steam?
17
Can I download Steam games to an external HDD from a city library or other public PC?
5
Using Steam backup to store game files and saves on different drives
1
Copy GTA V to external SSD?
1
How can I show my games in Xbox Games list?
-2
Steam won't download - thinks I have less free space than I do
See more linked questions

38
What's the total size of all games I have on Steam?
3
Steam won't allow Black Ops 2 to be downloaded/installed to a separate drive
3
How do I tell Steam my games are already installed?
2
I deleted steamapps to uninstall steam can i get my games back though
2
Steam games won't launch due to something I deleted