What is the purpose of the rock plates under ramps in many maps in StarCraft 2?

Do these little destroyable rocks or plates at the bottom of ramps have any purpose? Is there any advantage to preserving or destroying them? 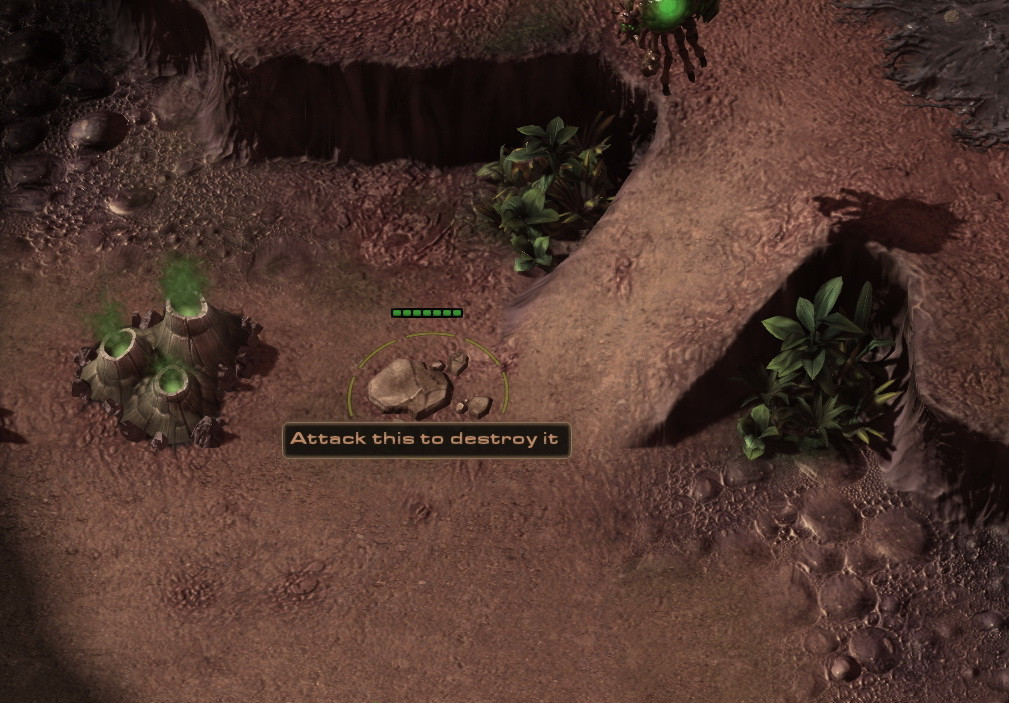 To avoid completely blocking you from exiting your main base with building in early stages of the game.

These rocks prevent your opponent from building buildings at the bottom of your ramp and trapping you in your base in the early game.

This can be used to prevent the zerg from fast expanding, or to cut off the zerg's expansion from their main base.

All of zerg's low tech units (drones, zerglings) are melee units. So if you have one or two marines standing behind the bunkers while they are being built, zerg can do no damage to the marines and the marines can just pick off the units.

The proper response for zerg to bunker harass in all its forms is to pull about 6 drones to try to kill the SCV building the bunkers and the partially constructed bunker. If that doesn't work, then they will have to build a spine crawler and make some zerglings to finish off the bunkers.

By that time though, they will be behind economically (from having to make units instead of drone, and from lost mining time from having to pull drones to try to kill the bunker early on). Also, depending on the placement of the bunker, the expansion hatchery may also have taken a lot of damage, making it easy pickings for a follow up attack.

If the terran finds their attack is going poorly, they can simply retreat their units, and either cancel the partially constructed bunker, or recycle the bunker and get most of their minerals back.

I guess Blizzard decided that this harass tactic was too powerful, and added unbuildable rocks to even things out. Terran can still bunker harass, but now terran can't block melee units from exiting the main base.

Edit: Here is a vod of a pro using a bunker block back in Wings Of Liberty in TvZ.

11
How to Combat Protoss Walling in a Zerg's Base

14
What is the league structure in Starcraft II?
5
What purpose does the the latrine "secret" in Starcraft 2 "Zero Hour" mission have?
26
What are the essential Starcraft 2 maps for training?
6
What is the most efficient way to begin gathering at the start of a game of Starcraft 2?
7
Does the Infestor's slime trail ever serve a useful purpose?
15
Why are there neutral supply depots in some Starcraft 2 maps?
15
What does the "LE" in Starcraft maps stand for
17
Do I gain any XP from an AI surrendering?
2
How can I work around the delays after Overlord mutation and Changeling spawn?
2
What is the fastest way to reinstall StarCraft 2?