Is there a plugin in which where if you hover over a item it shows a little picture below it? I've seen it in The Archon using the teleporter compass thingy. Thanks!

There are APIs available which allow plugins to set the item meta to a picture, but I haven't seen any. It'd be best to ask around on the bukkit forums for something like this.

I don't really understand what you are trying to say, but Bukkit is not able to send / display images in the client (without using mods).

You are probably speaking of a modification.

Edit: A modification that you might have seen is Thaumcraft (there is a multiplayer version of the mod): 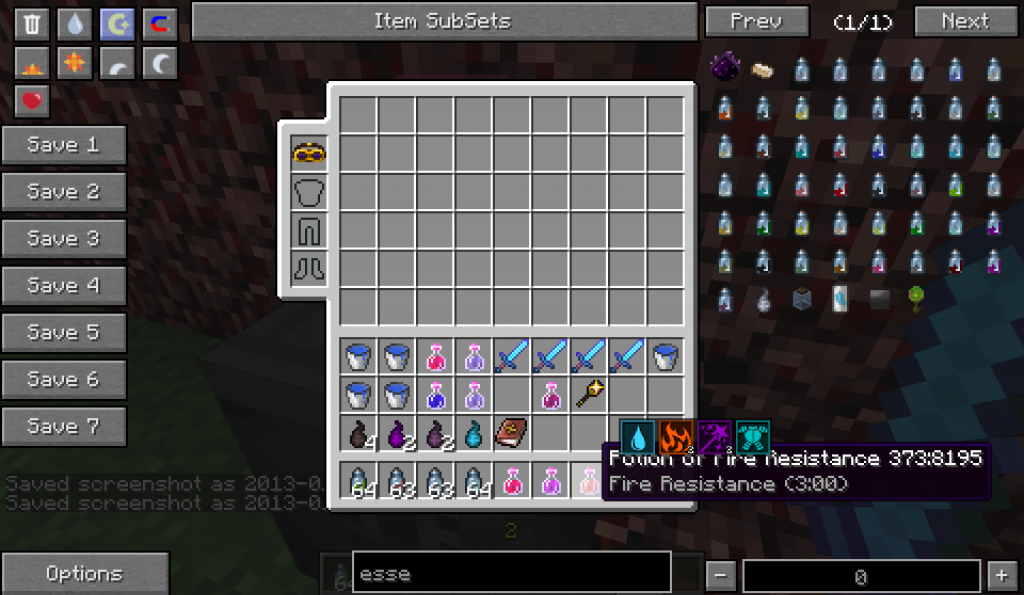 To do this without using a specific mod you need an API for the client. A client has to install it manually, but then for example Bukkit plugins can send images and stuff to the client. An API that could do this would be Spoutcraft (for Bukkit), but I do not know any plugins that do what you want. You might need to write the plugin yourself or have someone doing this for you.

2
Bukkit Permissions Plugin
6
Minecraft Server Admin: Regions vs Logging
2
Minecraft Test If A Chest Contains An Item
3
Can item despawn rate be changed in minecraft?
0
How to keep items you hold from appearing to other players while invisible
4
/tellraw - How do you make a hover event show an item?
0
How to make image maps on other servers in Minecraft?
0
Minecraft: Execute at entity holding item with arbitrary tag