Has anyone managed to start the Imperial event yet?

I got the following message from the Emperor when I started my TDS. Except this message and the fact that there are now red banners in my lift lobby, there is no other sign that this event had even started. I checked the App Store and there is no new updates for TDS too. Has anyone else managed to get this event started yet? 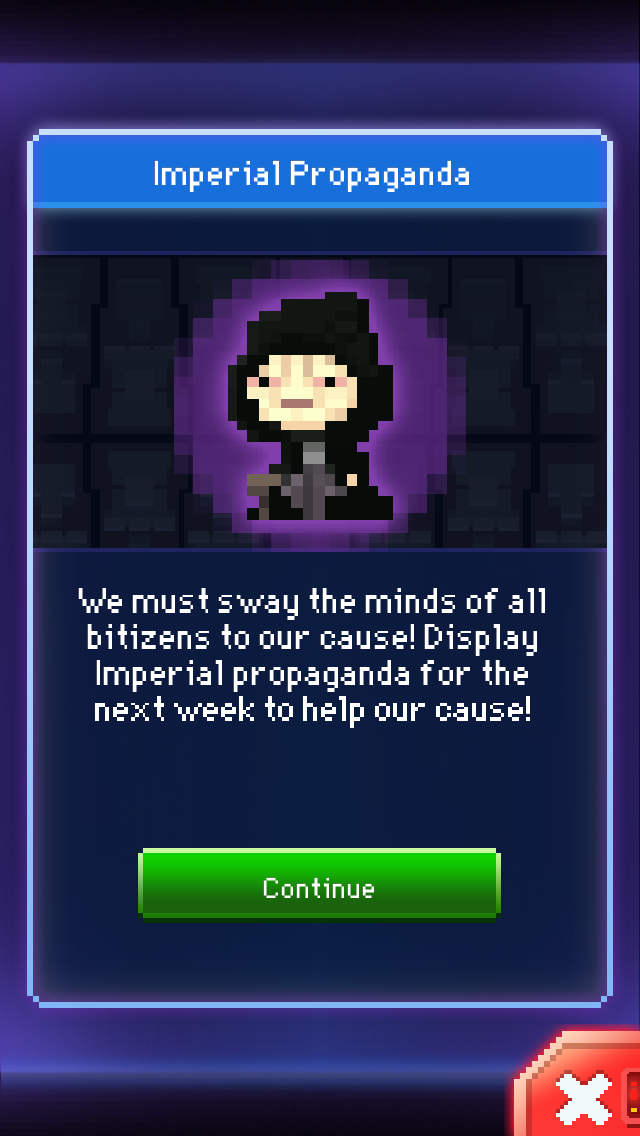 Ok, I just saw the Imperial officer icon (on the top right side of the game screen) right across the Emperor icon and clicked on it. I then summoned a decorator droid for it (it's a black astromech droid) but the droid didn't appear automatically. You would have to go to your VIP lounge to get him out.

But I've only met this decorator droid randomly once despite playing quite regularly, unlike the last two events where the decorator droids appear much more frequently. May have to spend bux if I want to get all the rewards (which may be what the devs are aiming for).

Anyone notice the decorator droids rarely turned up, at least compared to the past 2 events?

I had the same thing and the app would also crash a lot (about at the same frequency I should have gotten a decorator droid). I closed the app and went into the app settings and cleared the cache (android) and that seems to have fixed it. The decorator droid showed up in the next dozen or so elevators and it has stopped crashing.

7
Has anyone seen a bitizen with Panna City Medicines dream job yet?
2
Why do I suddenly have 25/16 Imperial Levels on TDS?
4
Is there any way to restart the Tiny Death Star Holiday Decoration Event?
1
Unlocking Imperial Marches Retail level after the event ends?
0
has anyone else got a "temporary" worker?
0
Persistent crashing since March 14th update?
0
Has anyone else built Temporary Levels?
2
TDS Unexpectedly Stopped after Imperial Propaganda Challenge Began (march 2014)
1
Why do decorator droids just dissapear when sent to a level?