Why do decorator droids just dissapear when sent to a level?

I was able to complete the Christmas event without a single problem, putting aside the fact that the decorated levels reset a couple of times, but I was able to get all the rewards. This week a similar event got started, but I am not able to get any levels decorated. I summoned the free decorator droid and sent it to one of my levels (Workout Center), left the elevator, but never got "inside" the store, nor I got a animation like I got every time I decorated a level on the Christmas event. I got another droid and I sent it to the same level, with similar results. Then, I left the game for a while, and when I played again, my Workout Center was decorated, but with no notification or anything.

And I can't decorate any other levels. I have tried with 4 or 5 levels, even sending two decorator droids to the same level as I did with Workout Center, with no results. I even did a backup of my TDS on Facebook and reinstalled the app, but the results were the same (my TDS got even worse, because now I have a lot of levels with the generic background). Does anybody have this same problem or know how to solve it?

2ND EDIT: Added screenshots from the Spanish version of the game. 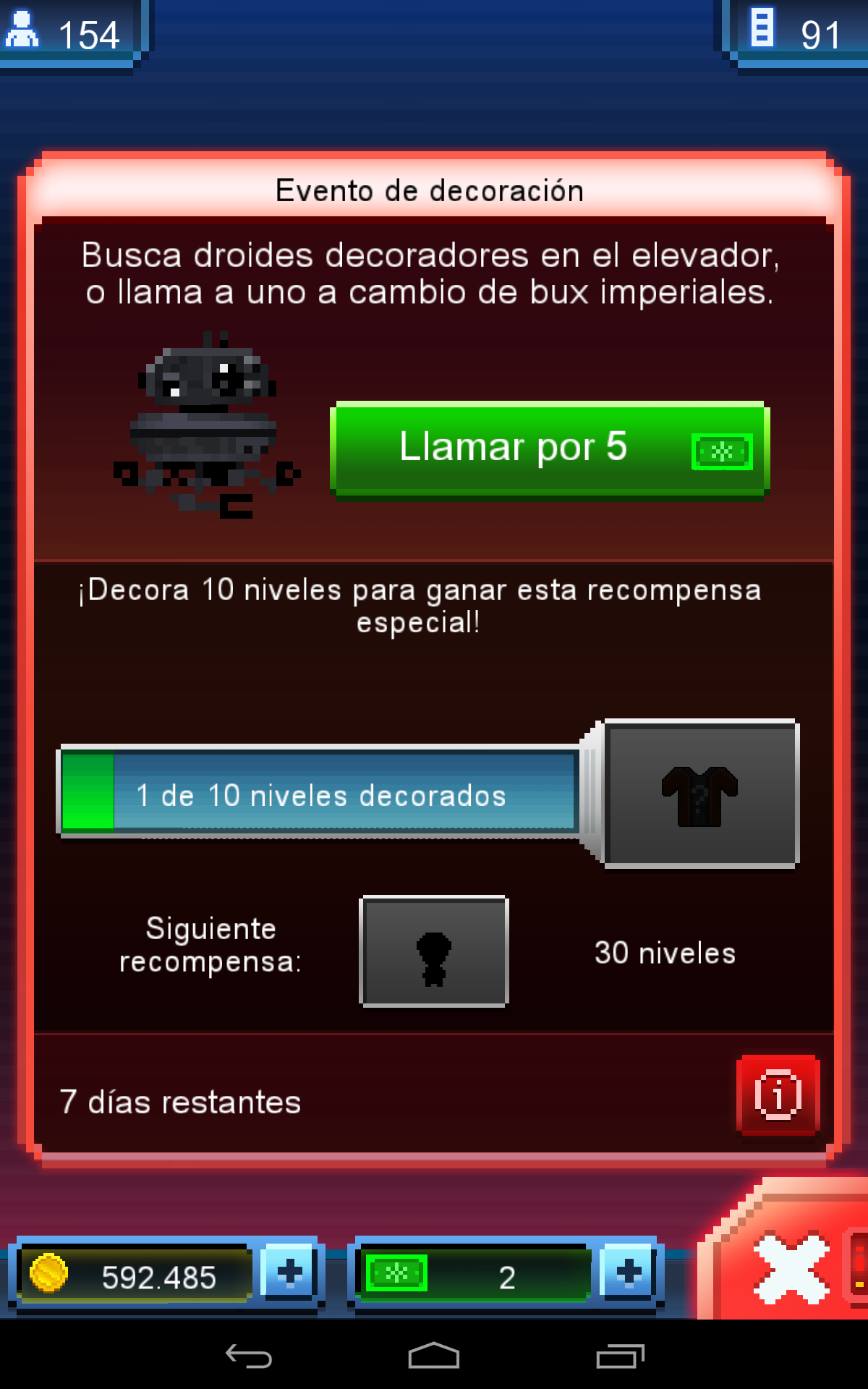 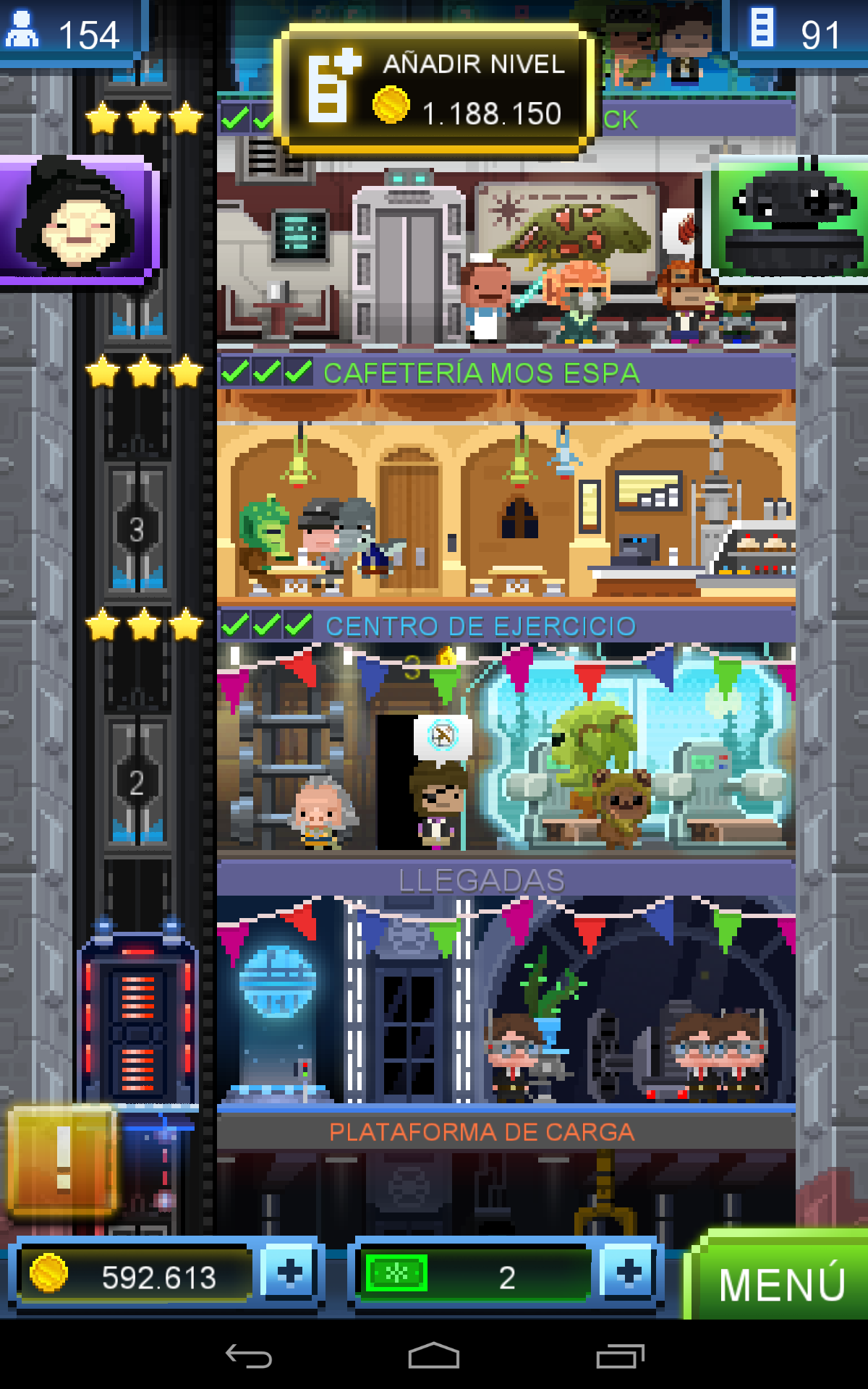 3RD EDIT: I haven't received an answer from tech support, but it is fixed now. I saw a decorator droid coming, but was not the Christmas one, it was R2-Q5 instead. I stored it on Arrivals and closed the game. When I opened it, everything was fixed, even the levels with generic backgrounds I had. The only thing I did was connect my device to another Wi-Fi signal instead of my home's.

I'm playing on an iPhone 5s so my answer may not apply to your situation.

What I can only suggest is that you update your version of TDS to the latest version, and after that to force quit the app, and restart the app.

Also, if you did complete the last event and had gotten your limited edition characters like R2-Q5, you may have mistakenly think that the random appearance of R2-Q5 is an Imperial Decorator Droid when it's just another normal random appearance. Hence, when you send this R2-Q5 to a floor, it wouldn't decorate the floor. It would just scuttle off, like all other random characters with a "?".

To distinguish whether it's a Decorator Droid, you would see the Imperial icon on the bottom left of the screen when it appears. So do be on the look-out to see if the black R2 unit you get on your elevator is a "?" character or one with an Imperial icon. And if it IS one that appears together with an Imperial icon, but do not decorate your floors (it doesn't decorate those floors still under construction), then you should seek the help of technical support.

Not related to your question but a helpful observation: Decorator droids for this event seems much harder to come by. I only have 3 or maximum 4 random Decorator Droids (and that's including the 1st one which can be summoned for free) in my game so far. I finished the last 2 events quite easily, but I have had to use bux to summon 28-29 Decorator Droids this time round (which may be the devs' design to get us to spend bux, what with the recent Salvage Droids update etc). 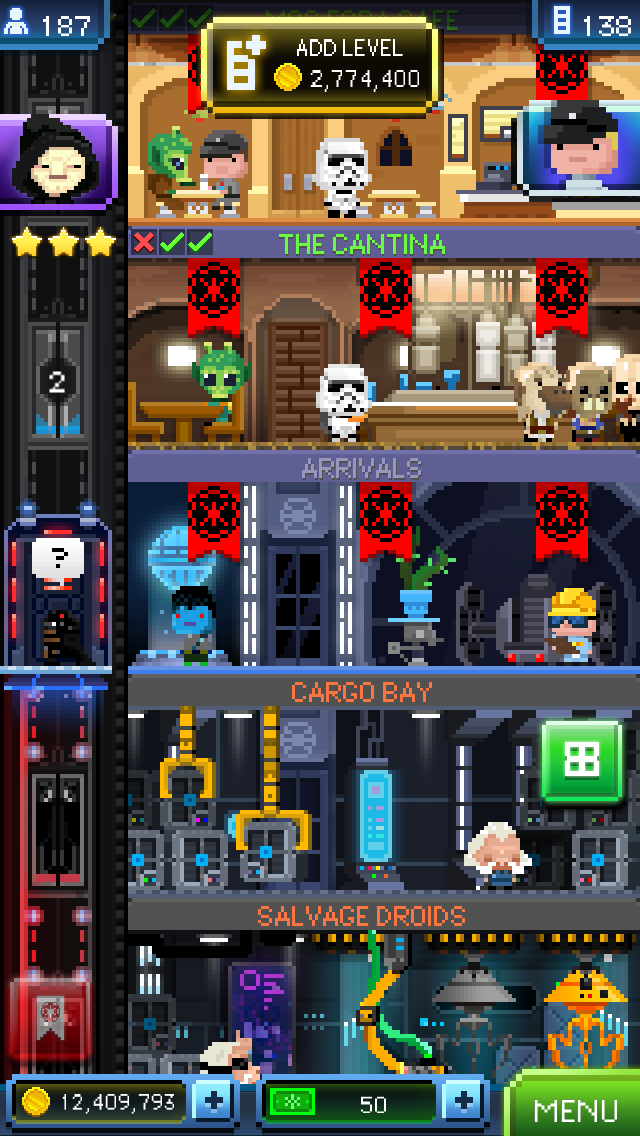 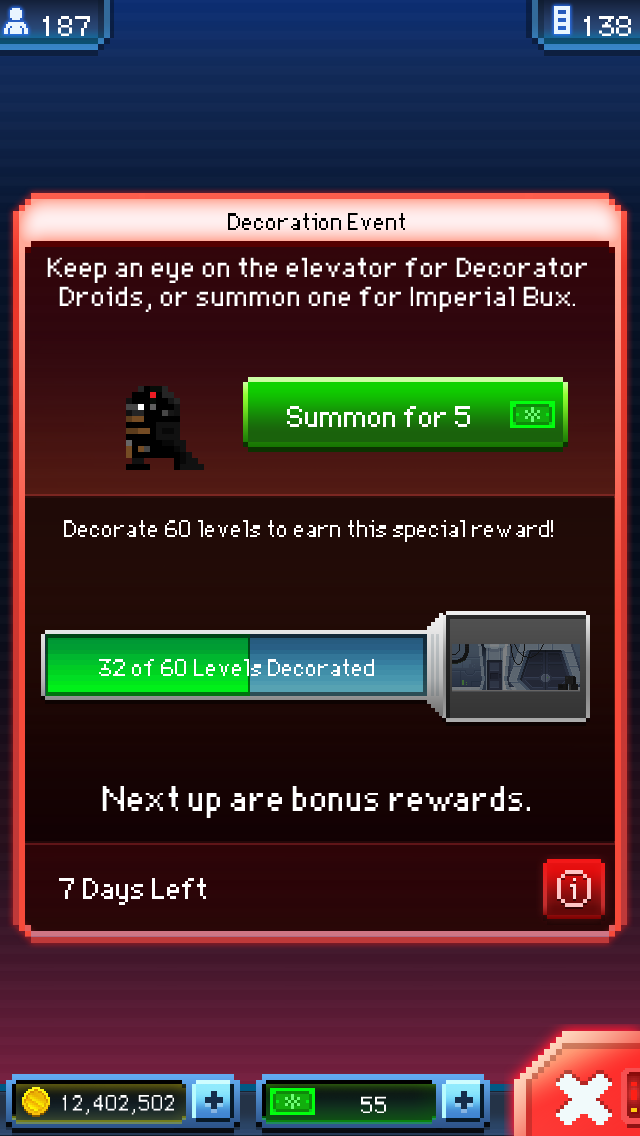 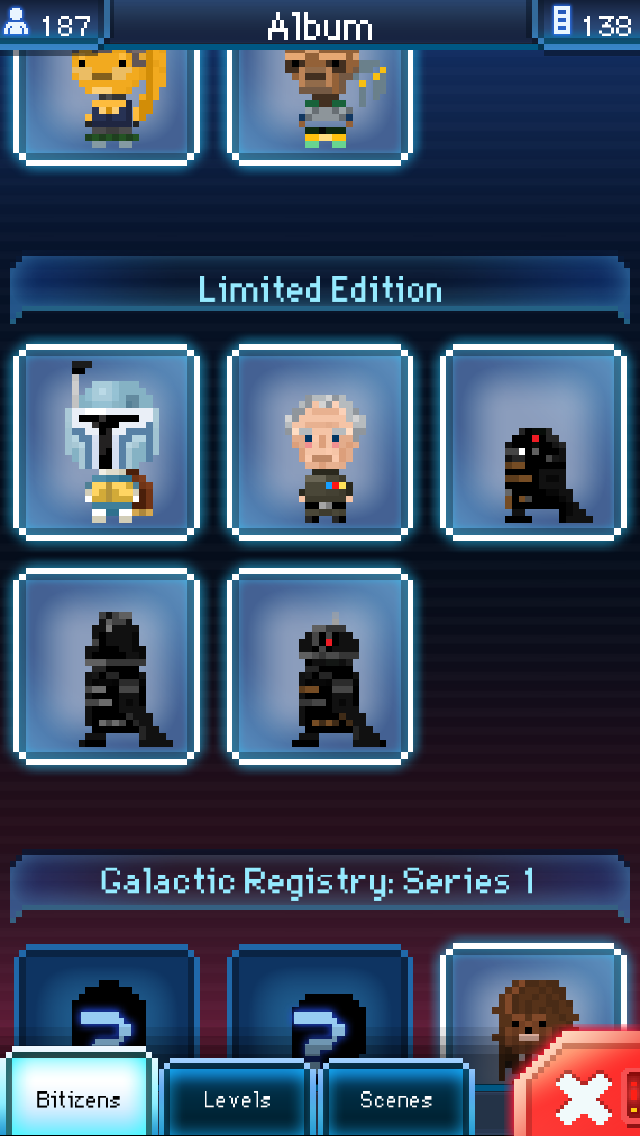 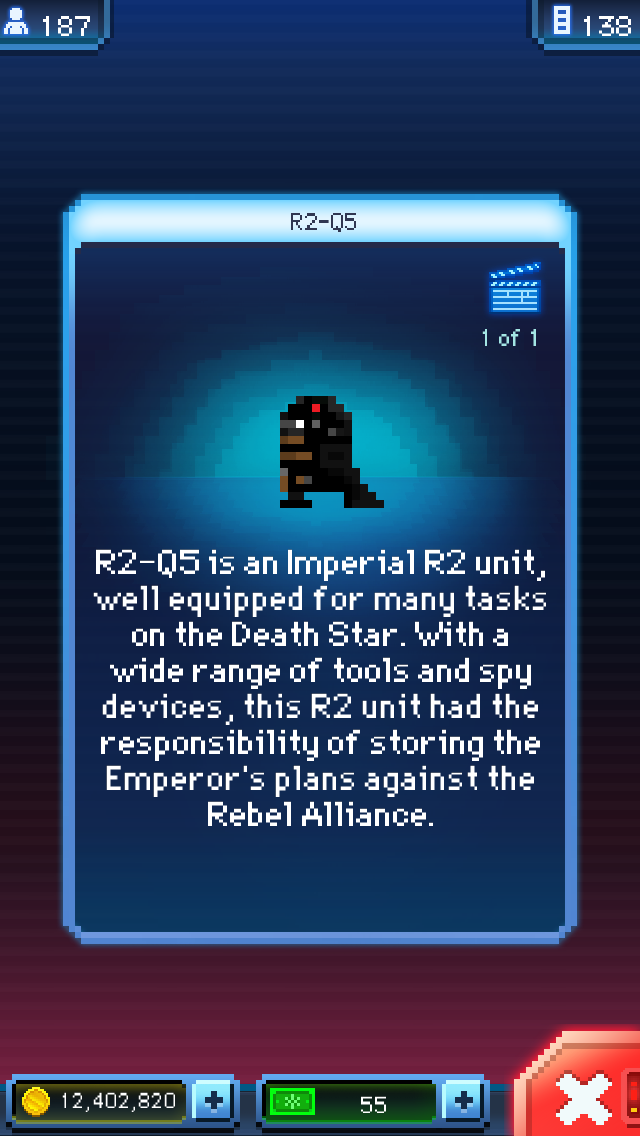 2
I can't collect credit in Tiny Death Star?
2
After Christmas decorator bonus level, are residents and jobs unbalanced?
2
Why do I suddenly have 25/16 Imperial Levels on TDS?
4
Is there a system-wide Game Center problem with Tiny Death Star?
1
Unlocking Imperial Marches Retail level after the event ends?
2
TDS Unexpectedly Stopped after Imperial Propaganda Challenge Began (march 2014)
0
TDS: What to do with the imperial flag icon?
1
How to get the Salvage Droid stages for the least bux?
6
BUX changes and Issue with Dream job
3
Tiny Death Star keeps crashing - anything I can do to save it?