How to prevent cargo from swinging inside fairings?

I'm using Ferram Aerospace Research to add some realism to drag. But this makes me to use fairings for my payload.

Sad thing is, my payload swings. A lot. I tried both KW Rocketry and Procedural Fairings but both express the same behaviour. Without internal struts I can't make it to an orbit sometimes.

Placing internal struts is next to impossible, so is there any other way to have cargo secured? I know that mission failures caused by payload fairings happens in real life, but I think I had enough of them to feel realism already. There are some patents for securing cargo inside fairing (I mean real life USA and EU patents) - is there any way to get the same in KSP? 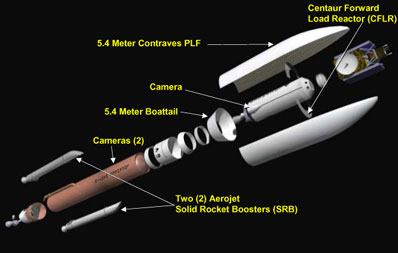 Article with this image

To give the fairing structural support during the ascent, the "Centaur Forward Load Reactor" deck has been designed by Contraves. This aluminum ring extends from the Centaur to the fairing's inner wall. It separates in two halves moments after the fairing is jettisoned during launch.

The answer to this question and many other KSP questions is:

I did this and was able to lift a large lander with enough fuel to land and return from Duna without it swinging.

If you're still getting swing consider assigning SAS to a control group, to disable it during launch.

The only way is to make the cargo rigid enough it doesn't swing. And that means strutting usually (or simply make the cargo smaller, launching it in several launches and docking it together for example).

0
Can I move my Kerbals inside a pod?
5
How can I kill Kerbals? From what drop height can they not survive?
8
How do I get back from Eve?
9
How can I prevent a part from being added to any stage?
4
How to tell scientist from pilot from engineer?
0
Tech research disappearing from tree
4
Solar intercept from collision course
3
How prevent orbit change while using RCS to point probe anti-radial all time
15
How to prevent the “Minmus Quake” that is destroying my base