How do I defeat the Flagship with an Engi ship, focusing on Ion Weapons? 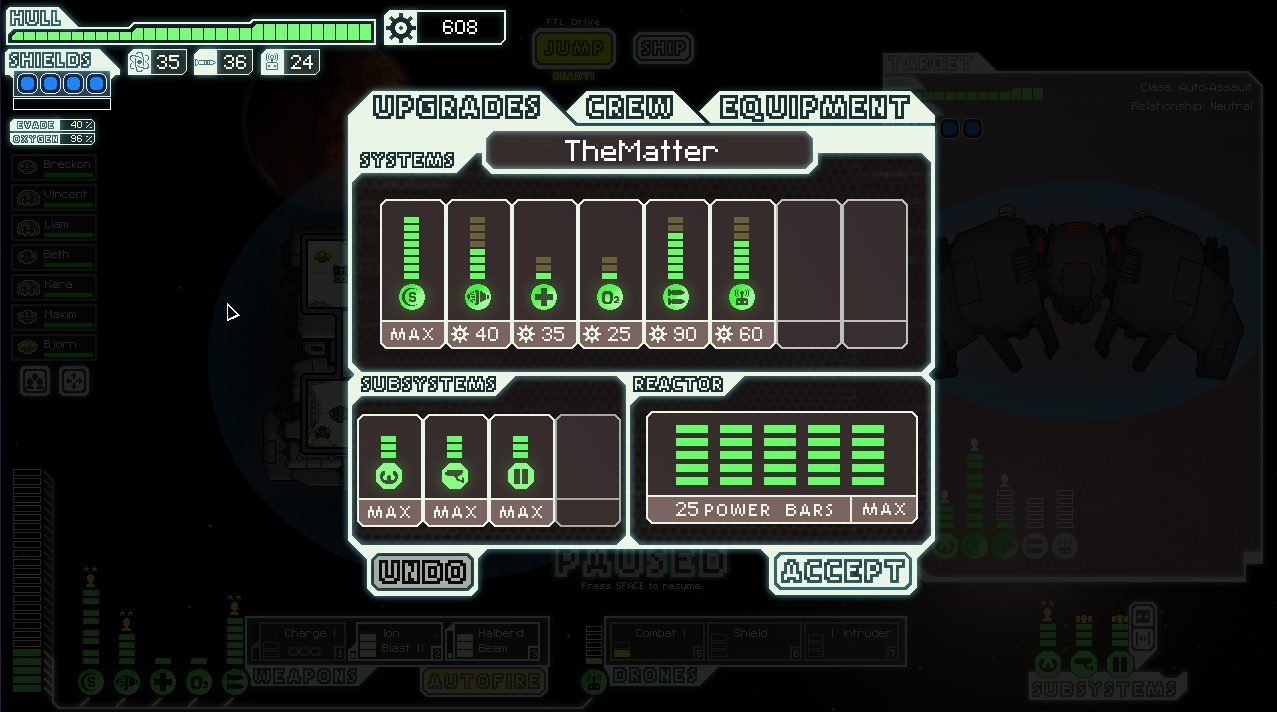 So I flew this absolute leviathan into battle with the final boss; all shields up and maxed out hull. I've taken on the boss multiple times before and failed miserably every time; the very first time I was flying the stock ship and pushed it to it's third form. This was my third attempt at the game. I was on my last legs and it destroyed me in seconds.

Since then I've never gotten past it's shields on the first form. I fly the Engi Cruiser using Ion cannons and drones, and a Halberd beam when I can get one. I usually take out the huge Mantis Aggressors with a flawless, <30 seconds victory; undamaged, no deaths, no wasted drones. I play without using the pause button.

I imagined that using a triple-Ion cannon along side a stock Ion cannon would get me past at least two of it's shields, allowing for a well timed line-up of those two, an attack from my Combat drone and my halberd beam to deal some real damage to the shields, then take the fight to it's FTL drive to stop it dodging and pick apart it's weapons systems. The resulting battle was maybe 10 minutes long and tedious; I never got past more than 3 shields.

I'm guessing the first thing I'll be told is 'Use burst lasers and no Ion cannons' but Ions are the only way of keeping a ship's shields down once they're down with the Engi cruiser, and they're the only tactic I can work almost flawlessly.

Anyone else using Ions and the Engi cruiser for a shot at the boss? Before anyone says I should have spent the scrap I had saved up (~720 by the time I actually got to the Boss), I was using every single power bar there for dodging, shields, Ions, guns and drones.

Ship upgrades are not what enables you to win against the Rebel Flagship, equipment is (which requires some upgrades, of course).

And your equipment just isn't good enough. You don't seem to want to hear it, but ion weapons are difficult to use against strong shields (and not much use at all when you can't keep up a constant barrage) because they don't remove enough layers for the weapon slots and power they use. You write:

Ions are the only way of keeping a ship's shields down once they're down with the Engi cruiser, and they're the only tactic I can work almost flawlessly.

That sounds like you haven't tried enough burst lasers. The idea is to punch down the shields and still have some shots that actually do damage to the shield subsystem, such that next time there will be fewer shields to punch through. Things that can help with this:

I disagree with the currently posted answer (but not such that it should be downvoted!)

Ion weapons are excellent against shields, but you need to have enough Ion! The trick is to continually hit the shields with ion, if you allow the ion to wear out, it will reset ALL of its shields and you'll have to start over.

The trouble with the first phase is that in addition to occasionally dodging your ion, you have to worry about cloaking, which will almost certainly reset your ion! The "triple" ion weapon I think you are using is the one that builds up charge. This is not an excellent weapon because you need consistent ion, not bursts of ion, and the base firing rate is slower than a basic ion weapon.

The best ion weapon of all is the ion bomb. Second to that (ignoring ion attack drones of any variety which I have little experience with) is the ion weapon with the shortest cooldown for purposes of stacking ion time.

Another problem you have is your beam weapon. Beam weapons that deal 1 damage require ALL shields be down. Even a dual laser will permit a single shield bubble assuming both hit. Either a 2+ damage beam weapon or laser that fires more than one laser will be needed to compensate for the difficulty of wearing down all four layers of shielding. Once you can start chipping away at their cloaking system, the ion won't be reset during their cloaks and you'll be in good shape to deal with the missile system, which is your largest threat here.

Some ion weapons are nearly useless due to their long cooldown times. These have been rebalanced slightly in the advanced version, but the shorter cooldown ion weapons are still stronger in most settings due to the particular mechanics of ion stacking. Ion stacks by ignoring the current amount of time left on the old ion timer and placing a higher "full" level of ion lockdown on top of it. So if you had 1 second remaining on one level of ion and then you hit again, you'd be up to 2 levels of ion, both with full time remaining!

I suggest not playing on Advanced Edition, and get yourself some Mantis and a crew Teleporter. You teleport your crew into their missiles (because everyone hates missiles) and deal some damage. Return crew to heal station, and repeat for ion and beam.

Don't touch the lasers though, or you'll regret it later on. Once you have 3/4 weapons down, just send EVERYTHING to the shields until the ship eventually breaks. that's all it takes for phase 1. By that stage you should have at least Level 3 shields and some good ol' dodge.

82
How can I beat the final boss in Faster Than Light?
29
How do I optimally use the Ion weapons (Ion Blast, Ion Blast Mark II, Heavy Ion)?

82
How can I beat the final boss in Faster Than Light?
42
How do I keep up with the power curve?
8
How do I view the achievements for a particular ship while in game?
29
How do I optimally use the Ion weapons (Ion Blast, Ion Blast Mark II, Heavy Ion)?
4
Can other forms of avoiding damage block the "Phase Shift" achievement?
1
What counts as "using only missiles" for the second Rock Cruiser achievement?
11
What are the tactics associated with stunning weapons?
15
Can I 'win' with all my crew on board the destroyed final ship?
18
How many ions a day keep the rebels away?