What does the symbol with a shield and two swords next to clan members' names mean?

When I open my clan roster, I now notice there is a symbol that has a shield + two swords next to most clan member's name. What does this signify? Are they ready for clan battles? 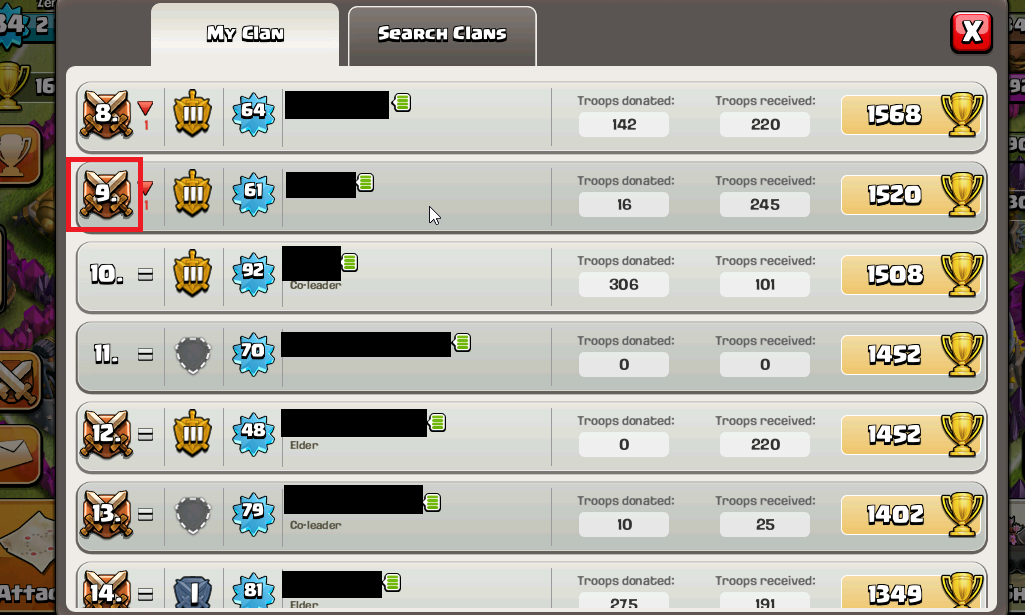 This symbol means that those player can participate in clan's war, The other players who don't have it are spectators and they can't participate in war.

Also there's another icon you can have besides the bronze shield with crossed swords. You can have a dull silver or grey shield with crossed swords and a red line or bar underneath it. This mean you are ineligible to participate in a clan war for a period of time. I was in a clan and I started a war then left my clan for another clan. I have to wait until my old clan finishes the war that I abandoned before I can participate in another war. If you click on the "i" icon next to your blue level in the top left hand corner it will show your player profile. On the top left it will show the bronze shield with two crossed swords symbol for coc clan wars and say how many days or hours left until uou are eligible to participate in a clan war again.

0
what is that icon next to your name?

10
How are 'Most Heroic Attack' and 'Most Heroic Defence' determined in a clan war?
1
Why is there a clan symbol in my defense log in C of C?
0
Clash of Clans question about the an empty space next to someone's level
3
What does the red symbol with a shield and two swords next to clan members' names mean?
1
What does the Black shield icon mean for clan war availability?
8
Is it possible to find out who donated troops to you
1
How are clan war positions determined when identical bases are present in war?
3
In Clash of clans what do the red or green triangles in margin mean?