Whenever I run Dota 2, Steam shows me this UAC dialog: 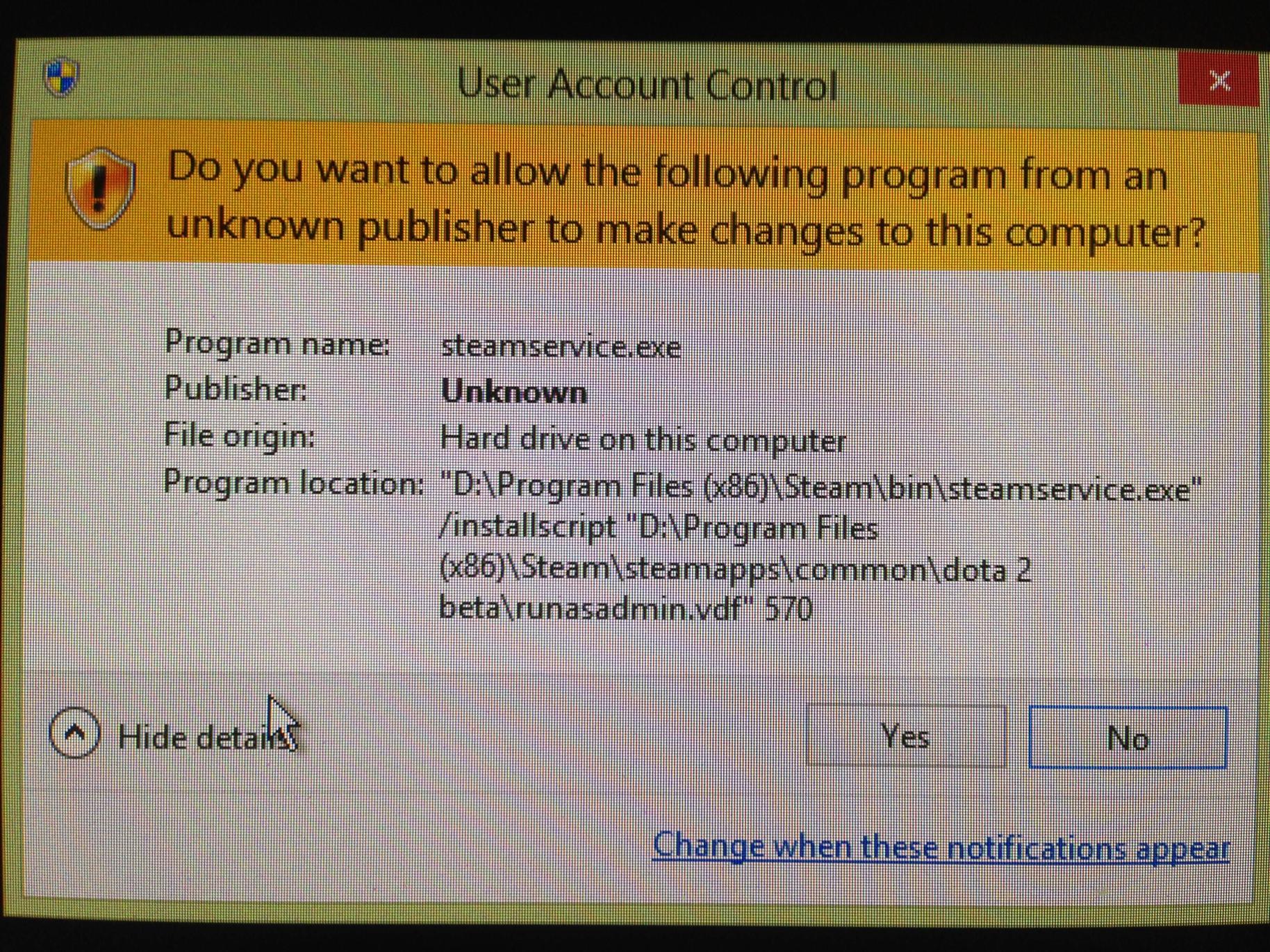 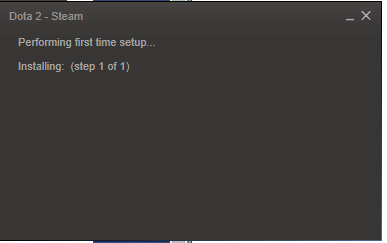 It's just an annoyance, but how can I prevent this from happening?

I've tried reinstalling both Steam and the game.

Find the installscript.vdf file in the game's install folder. Open it with a text editor You will see lines like this:

For every "run process" item like DirectX highlighted above, add a new dword parameter in the registry and set it to 1 in the proper registry node. For Dota2, the app node is:

You can examine sibling game nodes for more confirmation, but I think once it all runs, steam also adds a dword named "Installed" with a value of 1.

Rarely, an installscript.vdf has a typo (like "DircetX"). I think you need to copy the typo in the registry entry.

This file may be rewritten when steam updates a game. Clearing the contents is a temporary fix.

This way Steam should never bug you again.

I'd like to add an answer for the strange cases when someones encounters that first time setup problem and no solution they can find on the Web works.

I have provided a full explanation on Steam discussions.

Summary of the explanation

There are cases when the "First time setup" and consequently the UAC window are caused by (read carefully, because it's unbelievable to me) a more recent version of the Visual C++ redistributable... Yes, you read it correctly.

Yes, it will fail instead of reporting a success like one (meaning "I") would think. The programmers of the VC redist packages apparently consider it a failure when trying to install x.y.z while x.y.t, with t > z, is already there.

In my case, the game wasn't Dota 2, it was Ace Combat Assault Horizon in its PC version. Setting values in the registry didn't help. Running Steam as admin didn't help either. Nothing did. Except uninstalling the more recent version of the redistributable package.

Reinstall version 10.0.40219 of the distributable. Applications built with the latest version of Visual Studio 2010 SP1 require it.

Finally, run Windows update. Your game may use a version 10.0.30319 redistributable that predates security fixes addressing it (example).

Just remove this file.. it worked for me

then open 570_install.vdf as text, then delete all text inside of it then paste this...

ETuvraysETuvrays
1
Add a comment  |
Highly active question. Earn 10 reputation (not counting the association bonus) in order to answer this question. The reputation requirement helps protect this question from spam and non-answer activity.

Not the answer you're looking for? Browse other questions tagged steam dota-2 or ask your own question.

5
LA Noire Launcher DirectX not found problem (Windows XP)
3
Steam “Connect” Protocol
4
Can't buy anything from Store or Global Items because of strange bug
0
How to set hero build in Arcade game in Dota2?
2
Dota 2 corrupted download file apk01_46.vpk
5
What to do about Steam window/taskbar icon not showing up after a reboot?