What is the difference between blue and striped blue-and-white defeated levels?

I've completed many levels in Plants vs. Zombies 2. After completion, some levels are solid blue, while others are striped blue and white. What does this striping of levels indicate?

I have used both starter boosts from the garden as well as power upgrades (purchased with coins or from gift boxes) to defeat levels, but I did not need them for every level. I didn't keep track of which level was aided with these tools. Is their usage causing the stripes? Do I need to replay the levels without the boosts/upgrades for "true" completion?

Note that I have solved 99% of the levels (Besides one final level that is neither striped nor solid), so I am looking at a fully "completed" iteration of the game and have not compared it to an unresolved game.

I ask not only out of curiosity, but if I need to replay these in a more challenging fashion in order to unlock level 25 of Far Future.

The striped pattern is not related to whether you completed a level. After completing level 1, a new player will see that 4 and 5 already have the stripe pattern. It appears that the striped levels may be non-standard levels (i.e. you do not gather suns and plant defenses to survive the waves). 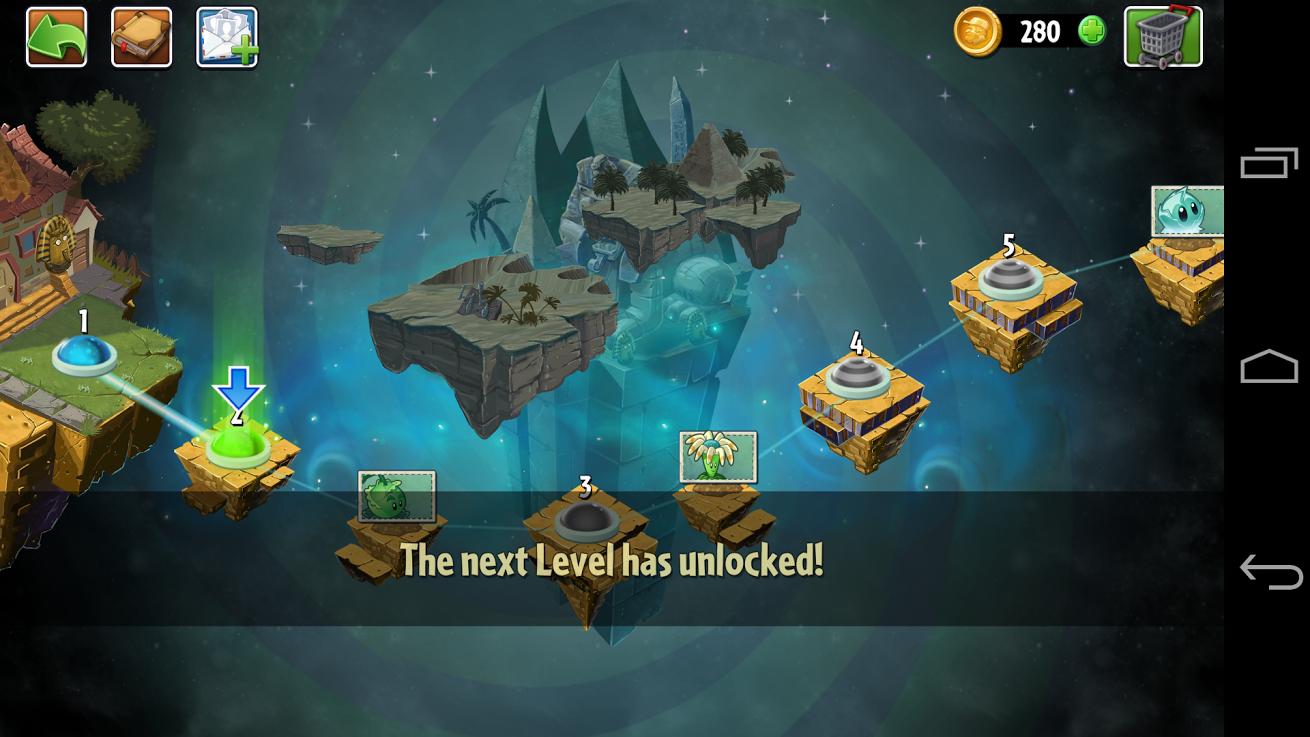 Upon playing level 4, it was a special level where plants were given along a conveyor belt and did not cost any suns to plant. After this level, you get the jar of preserved powers.

Level 5 was special in that you only played using the new-found powers. There is not sun-gathering nor is there planting of defenses.

The next striped marker is level 7, which is non-standard in that the player must "Match symbols to destroy zombies". This is accomplished by tapping the panels the zombie is carrying and trying to find a matching panel, similar to the game Concentration. There is no planting nor sun gathering in this level either.

It looks like, prior to the 1.7 update, no levels had this striped pattern. This can be seen under the old map for Ancient Egypt

If you played Plants vs. Zombies 2 prior to the "linearization" update, there was a main path that consisted solely of generic levels. Zombies rarely dropped keys, which after collecting enough, could unlock gates which branched off this main path. 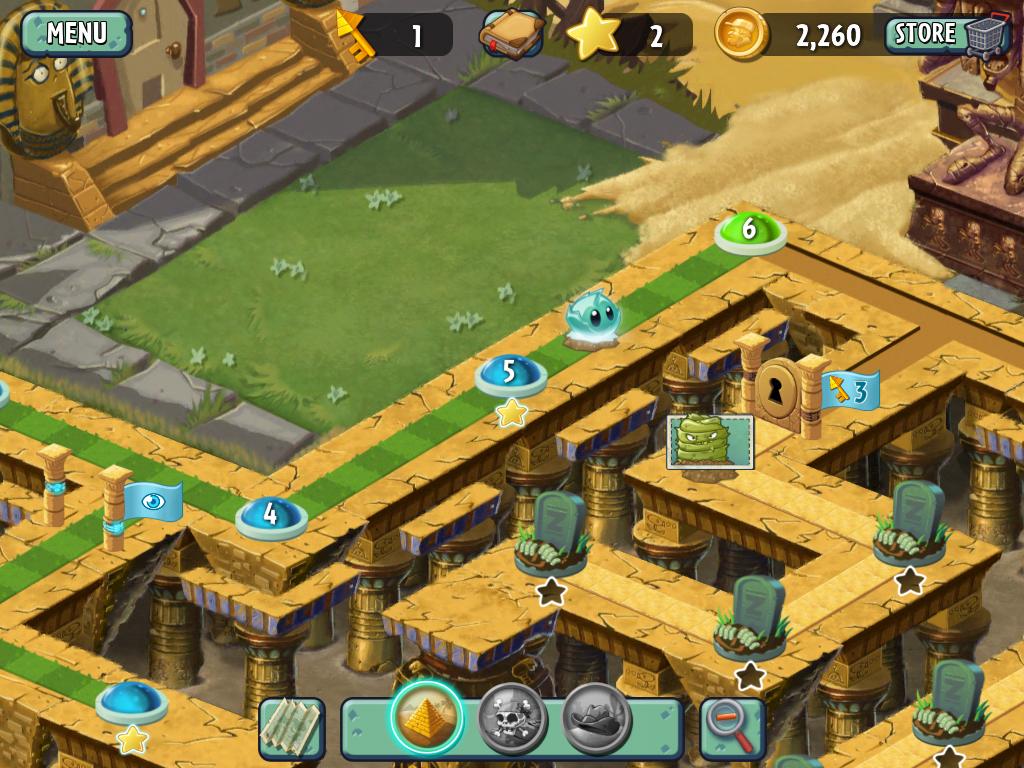 The striped levels you see in the current game are the same levels that were in the branched paths that required keys to unlock. These striped levels are considered 'challenges', which require specific criteria in order to complete. Rules for each challenge are different, and are clearly stated before entering a level.

Basically if you see a non-striped level, it means you don't have to do anything special to beat it (aside from surviving).

Not the answer you're looking for? Browse other questions tagged plants-vs-zombies-2 or ask your own question.

2
Is there a yeti/pinata party appearance difference between the ipad and iPhone
3
How do I fight Dr. Zomboss in the Pirate and Wild West levels?