How to find the End Portal on Xbox 360 minecraft

I found a stronghold in my world and I just can't find the end portal. I have been looking forever and I can't find it. Is it possible that there is no end portal in this world?

It's possible but unlikely. End Portals do spawn in strongholds in the console version of Minecraft, so it's not an issue of version. It's possible, however, that the portal was overwritten by something else in world generation (a dungeon in precisely the same place, or a mineshaft running through your stronghold). 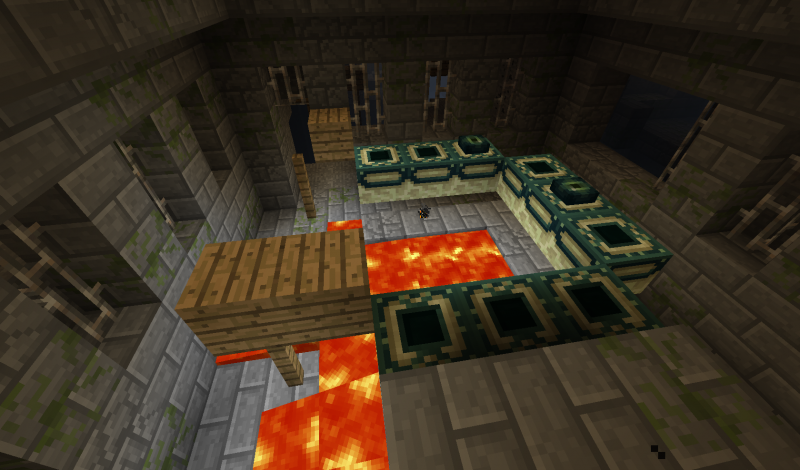 What is more likely, though, is you haven't searched the entire thing. Strongholds are quite extensive, so it can take a long time to go through the whole thing (speaking from experience, I have made bases in strongholds a few times. They can be huge).

Unfortunately, since you are on the console version, ender eyes only point you to the stronghold itself, not the portal, so the only real advice I can give you is to keep looking, and clearly mark where you have been. I like to put torches on the right-hand side of corridors as I move through them, so I know if I am backtracking or not.

what I did was use the ender eye and dig into the strong hold then blow up whatever part of the stronghold I'v already been to so there is no chance of back tracking... but try not to use very much TNT or you might have some problems

If you're running low, on ender pearls, go to a desert that isn't highly lighted, try to not place to many torches if possible, get to level 30, and get a Sword with Looting I or higher, then the enderman, WILL drop something, and throw them, to find the stronghold, and look through the entire thing, that should about do it....

Not the answer you're looking for? Browse other questions tagged xbox-360 minecraft-legacy-console or ask your own question.

6
How many Strongholds are spawned in an Minecraft XBox map?
3
Resetting the End on Xbox Minecraft
2
How to find a End Portal on XBOX 360
1
Lost Xbox 360 data
2
I can't find the end portal
5
Minecraft world has no endportal
1
Can there be more than one stronghold in minecraft for ps4
0
Are there jungles in xbox 360 edition?
0
There was no portal room in my stronghold. How can I find another stronghold?