Why isn't this enderman attacking me? 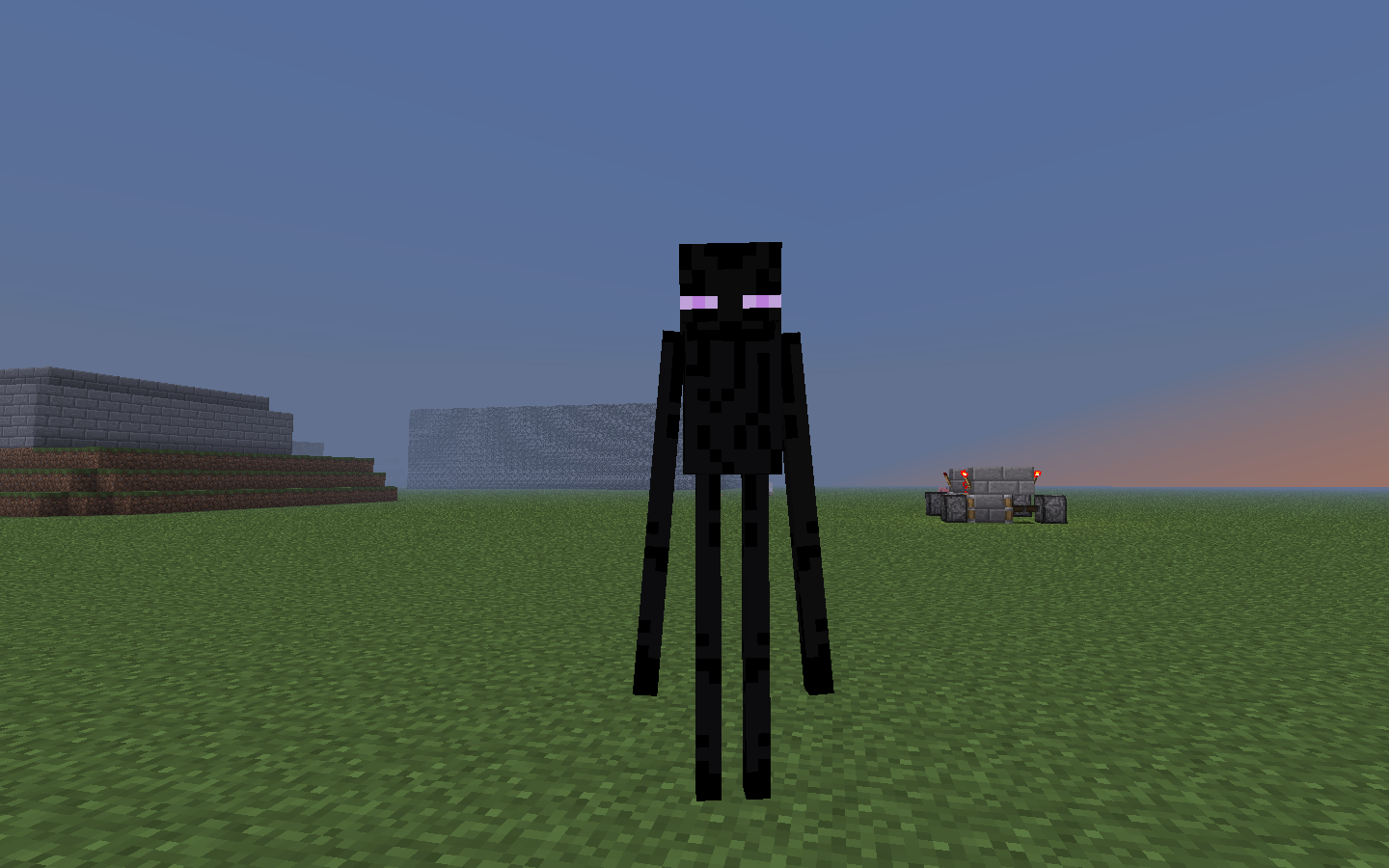 I heard that if you look at an Enderman, it'll attack you. However, whenever I look at one, it just stares back. Where's the danger in them? How can they kill me?

Judging by the terrain and the structures around you, you are in creative mode. You need to be in survival or adventure mode for Endermen to attack you.

Basically, if you put your crosshair on one, it will get upset and teleport around and hit you. It will do this multiple times until you either evade it, kill it or it kills you.

When it is angered (and you need need to look it in the eyes) you will notice that it teleports. It also does that when its in the rain (cause they hate water). It leaves purple smoke around it and it spawns near you. It has a meelee attack and it can kill you fast unless you have proper armor.

If you fight them before you are ready, they will kill you.

If you're in Creative Mode, mobs won't attack you unless you attack them. You need to be in Survival or Adventure to make mobs attack you. Same as Endermen Another reason is that you're wearing a pumpkin on your head, which makes it safe to look at Enderman without making it hostile as found on wiki:

Endermen cannot be provoked by players looking through transparent blocks or wearing a pumpkin on their head. However, they can become aggravated by a player in a minecart from some angles.

Endermen can easily kill you by attacking you in Survival mode or Adventure mode. If you are in Creative mode the endermen won't attack you unless you do /gamemode 0 or /gamemode s to go into survival mode.

It looks like you are in creative mode. In order for the enderman to attack you you have to be in survival or adventure mode.

31
What's the best way to fight an Enderman?
5
Can I break the fall of an Enderman with water?
0
Can Endermen be caught with a reuseable safari net?
15
What defines “Looking an Enderman in the eye”?
4
The Enderman is completely passive
9
Why does this fireplace work?