FlatOut bonus races: what is the best angle to throw the driver?

FlatOut racing game has a few bonus races that include activities like long jump, high jump, darts, bowling... In such activities, the player must drive the car, then hold and release the nitro button. This will throw the car driver out of the window. While the button is held, the nitro meter (which will work as "angle meter") gets filled. How long the button is held determines the angle of the throw. 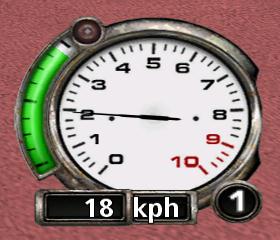 The question is: what is the best meter position in order to throw the driver? Is the best angle the one when the meter is 100% filled, or is it when it's half-way?

By "best angle" I mean "the one that will throw the driver as higher and as further as possible", in order to win the long jump and high jump bonus races.

I'm playing on PC, but the game was also available on PlayStation and Xbox.

I've played Flatout 2, which has the same stunts. Its meter displays how many degrees its at. I'm guessing this one doesn't =(

If they're at all similar, then each notch should be 10 degrees.

For the long jump, 45 degrees is ideal - Aim for just above the middle notch.

Not the answer you're looking for? Browse other questions tagged flatout or ask your own question.