How do I prepare for summer heat?

In the DLC Reign of Giants, summer now induces overheating (the opposite of winter's freezing) and before the summer comes, there are piles of ice on the map, much like and rock boulders, that you can mine. When the summer finally comes, these piles completely melt and the only way to cool off that I found is to wear a hat made out of watermelon and twigs. 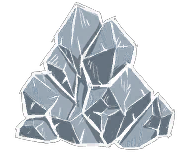 I've seen the inverse-fireplace that I can craft using some nitre and electric doodads, but that is stationary and I want to be able to do some things during summer, but as it lasts 15 days, I'm not sure I'll be able to without proper preparations.

I thought I could just leave the top world for caves and stay there, but it's very difficult, since I didn't have any lighting gear and the light coming from the top world still induces overheating at about the same rate.

What resources do I need to have gathered to safely roam throughout the world in summer without the fear of overheating?

So far I've found that there are items that instantly reduce overheat value by a pre-set amount and can be used only a few times, and the items that constantly reduce overheating, but they spoil or break over time. Other methods require being stationary or within vicinity of some objects. I also found out that standing close to base (don't know which structures though) reduces overheating (maybe it's like trees, or maybe they absorb heat).

Things that let you stay cool while moving:

Chilled Amulet - no overheating, must be micromanaged or you freeze

Summer is the same is winter: going away from base is hard due to temperature. Being stationary is easier, but boring. In my opinion, the ice cube is the way to go.

Lawton gave a good list of things that help. Let me add some advice:

Prepare your base, just as you do for winter.

Get some much needed items

Not the answer you're looking for? Browse other questions tagged dont-starve reign-of-giants or ask your own question.

3
Are books only good for one use?
6
What is the best strategy for escaping Tall Birds?
7
Is there any use for live fish, and how can you keep them alive?
8
Summer has come and I don't know what to do
9
Does straw hat and other overheat-slowing items increase heat drain during winter?
8
Is there anything to do except surviving in the summer
9
How to avoid taking rain damage as WX-78
8
Do bees think it's summer underground?
5
What are some good foods for the winter?