Can random events destroy your ship?

According to the wiki, there are no events that can completely destroy your ship (ie, taking it from full health to zero health), however, there are events which can reduce the health of your ship.

Can these random events destroy your ship, or can your ship only be completely destroyed while in combat? 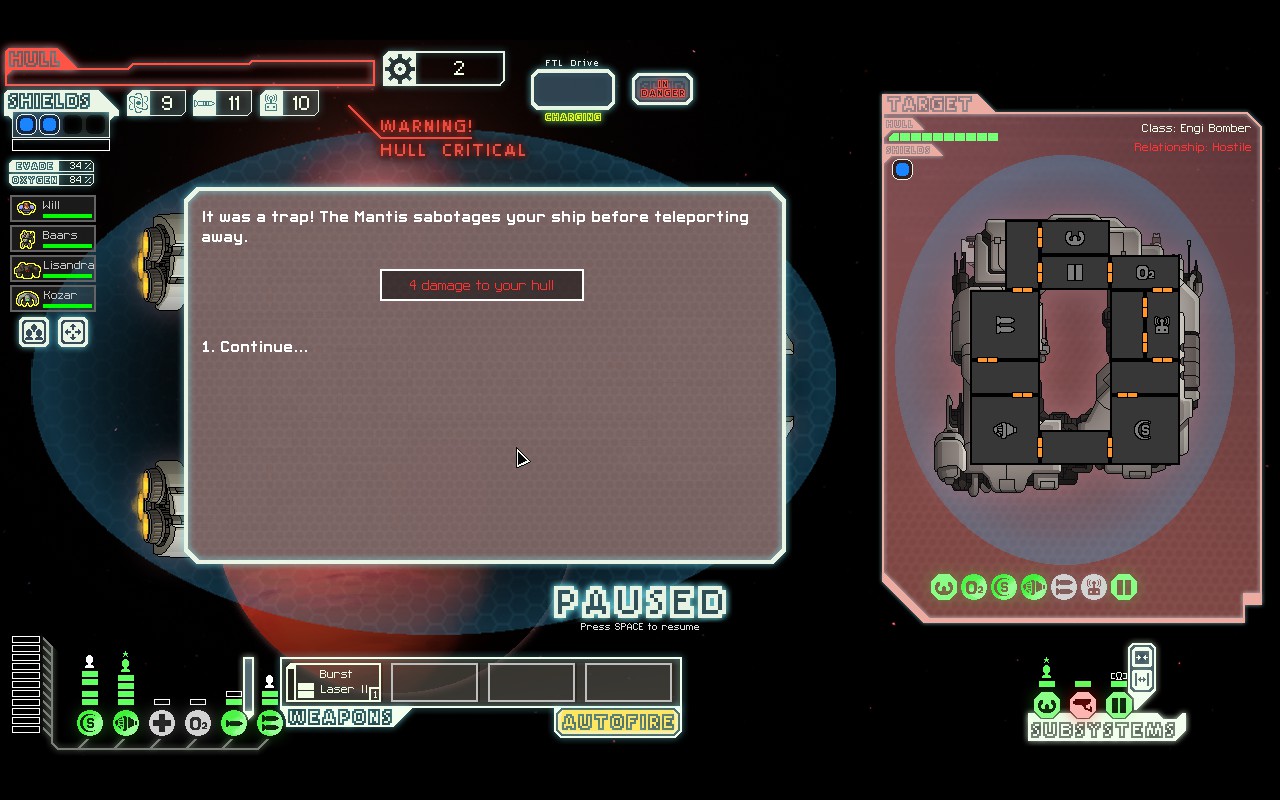 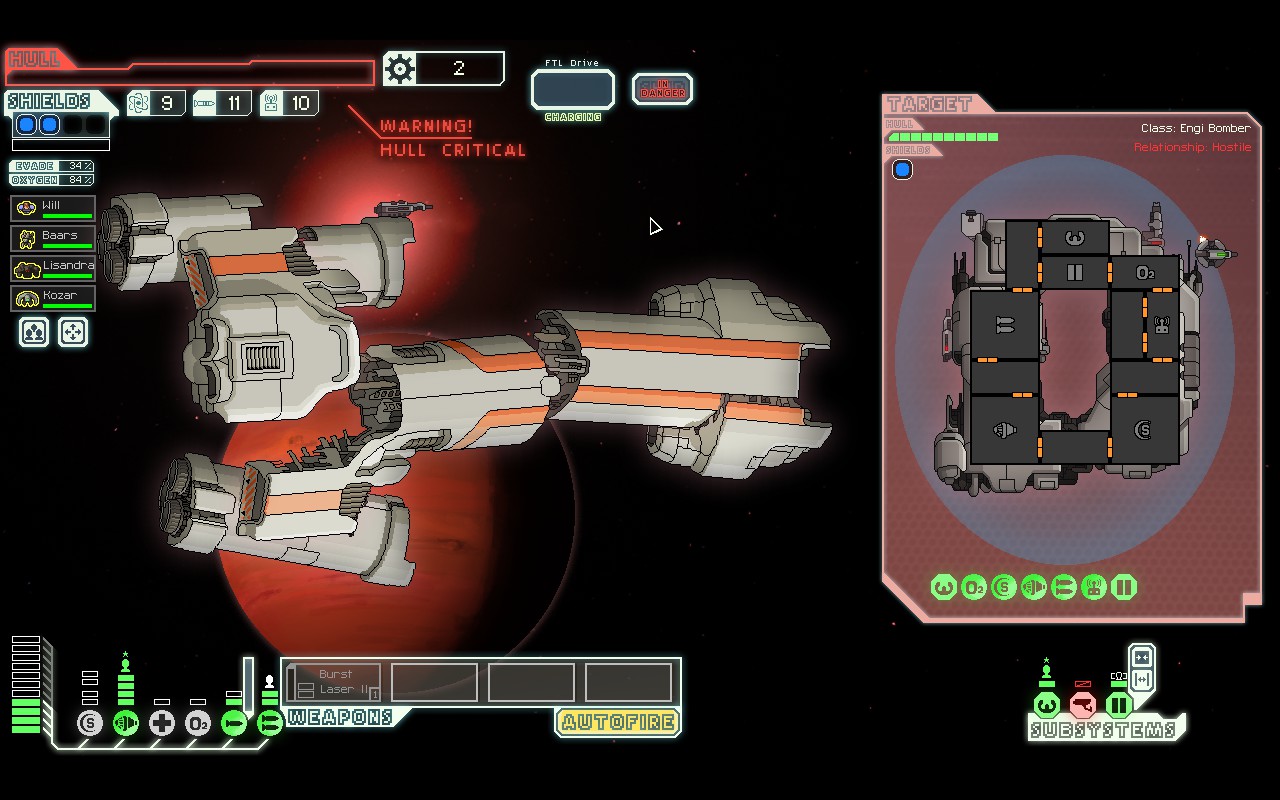 Although it doesn't show up in the screenshot, my ship had 3 bars of health before that damned Mantis saboteur threw a wrench in my engine and then teleported to safety.

Expanding on the great answer of IQAndreas, some more things to add in the matter asked by OP (event damage and out-of-combat damage):

On the fun side, while your attacks won't even scratch enemy after enemy surrender has been accepted, fire (possibly from flares) and asteroids can still destroy enemy vessels even though you already accepted their surrender (no scrap in that case, sorry...)

Also, since this can be usually very troublesome to beginners (at least it was to me when I started with FTL), a short list of "which events/dangers should I avoid when..." (note that you usually don't have to worry about anything when you have 'blue' options available here - but remember that blue options ain't necessarily good!)

As far as risky but rewarding events go, Single Life Form on Moon usually has good rewards, especially if you're low on crew, but the risk of either hull damage or crew loss can be significant here (although I usually go for it anyway, especially with upgraded Medbay); Zoltan "Great Eye" is also quite good with a low crew death risk - but bear in mind that Clone Bay won't prevent crew loss here.

Note that Clone Bay helps a lot in tough crew situations, but I wouldn't rely on it in case of having only 1 crew member (it doesn't work on some events as pointed out above, without the aug crew can still die if Clone Bay gets disabled/destroyed - and skill drop can be a royal PITA in the long run if you have only a single person on board).

Above info is based mainly on my Hard Advanced FTL playthroughs, but I assume it is correct for any kind of FTL gaming experience.

You can lose, too, in a random event that kills one of your crew members, if you only had one. (Happened to me T_T).

28
What are some effective strategies for boarding enemy ships?
21
What effective combat strategies exist with the cloaking device?
8
What is the signifigance of Drones being recognized as life forms?
1
What counts as “using only missiles” for the second Rock Cruiser achievement?
18
What determines what races a slaver can provide?
23
Can random events kill your last remaining crew member?
3
How do I defeat the Flagship with an Engi ship, focusing on Ion Weapons?
18
How many ions a day keep the rebels away?
2
How can I get the 'Bird of Prey' achievement?