Swindrik can be found hanging out on the east side of the Dueling Weapons/Armoury Limited shop in Trinsic, as shown below: 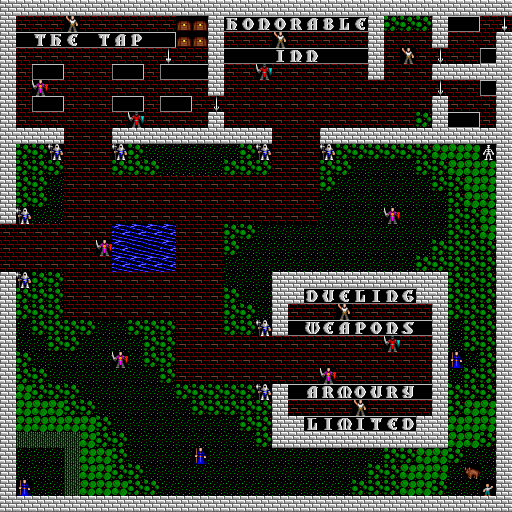 What gives? Is he full of it?

Apparently I should be able to ask Greg or Rob about it, but the only thing I am able to ask them about is food or ale: 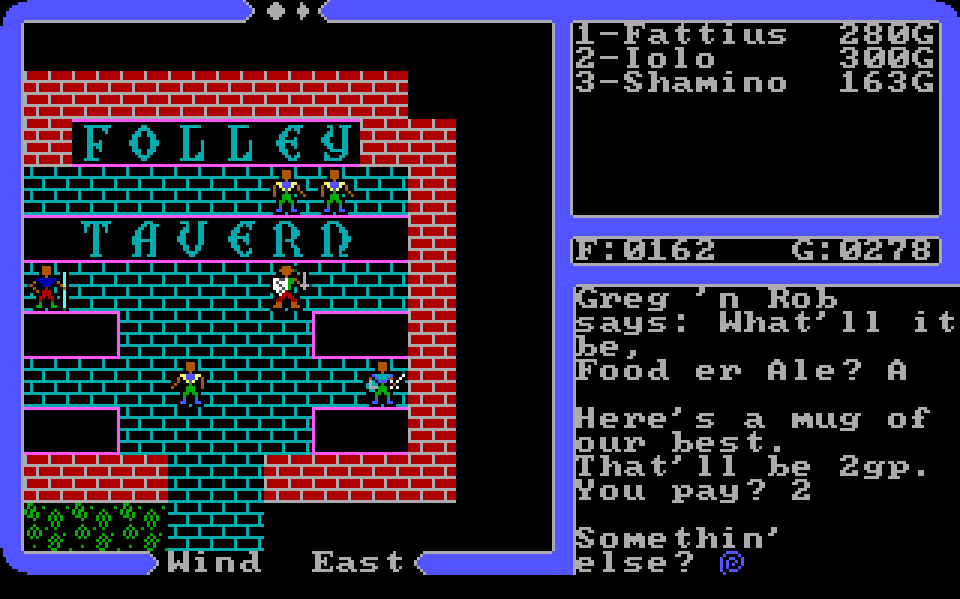 At this point, the game only accepts "A" or "F" as input. After paying, he asks "Somethin' else?" to which the player can respond "Y" or "N". Then the conversation repeats.

I had to bribe the barkeep by paying him more than 2gp. I paid 4gp, at which point he asked "What do you want to know?" and I was able to ask him about mandrake root. He doesn't give any useful information until he receives additional bribes however. I ended up paying him 44gp total (4gp originally, then 20gp twice) before he would tell me.

Not the answer you're looking for? Browse other questions tagged ultima-4 or ask your own question.