I have my custom mod pack installed on Minecraft 1.6.4 server and client. THe proble is - when I mine Moonstone Ore from ARS Magica 2 I get Invalid Item (Destroy) from Thermal Expansion instead of Moonstone: 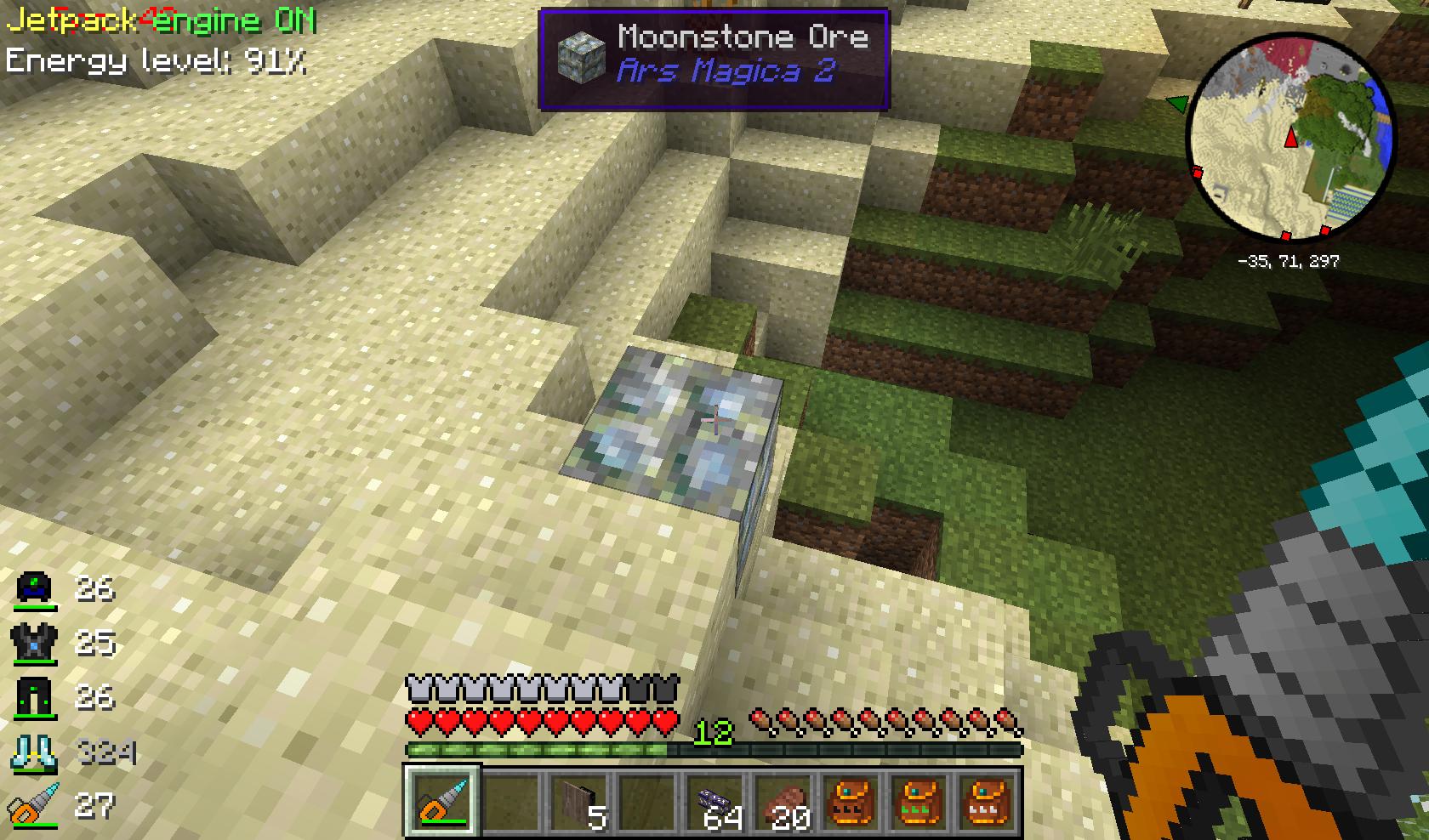 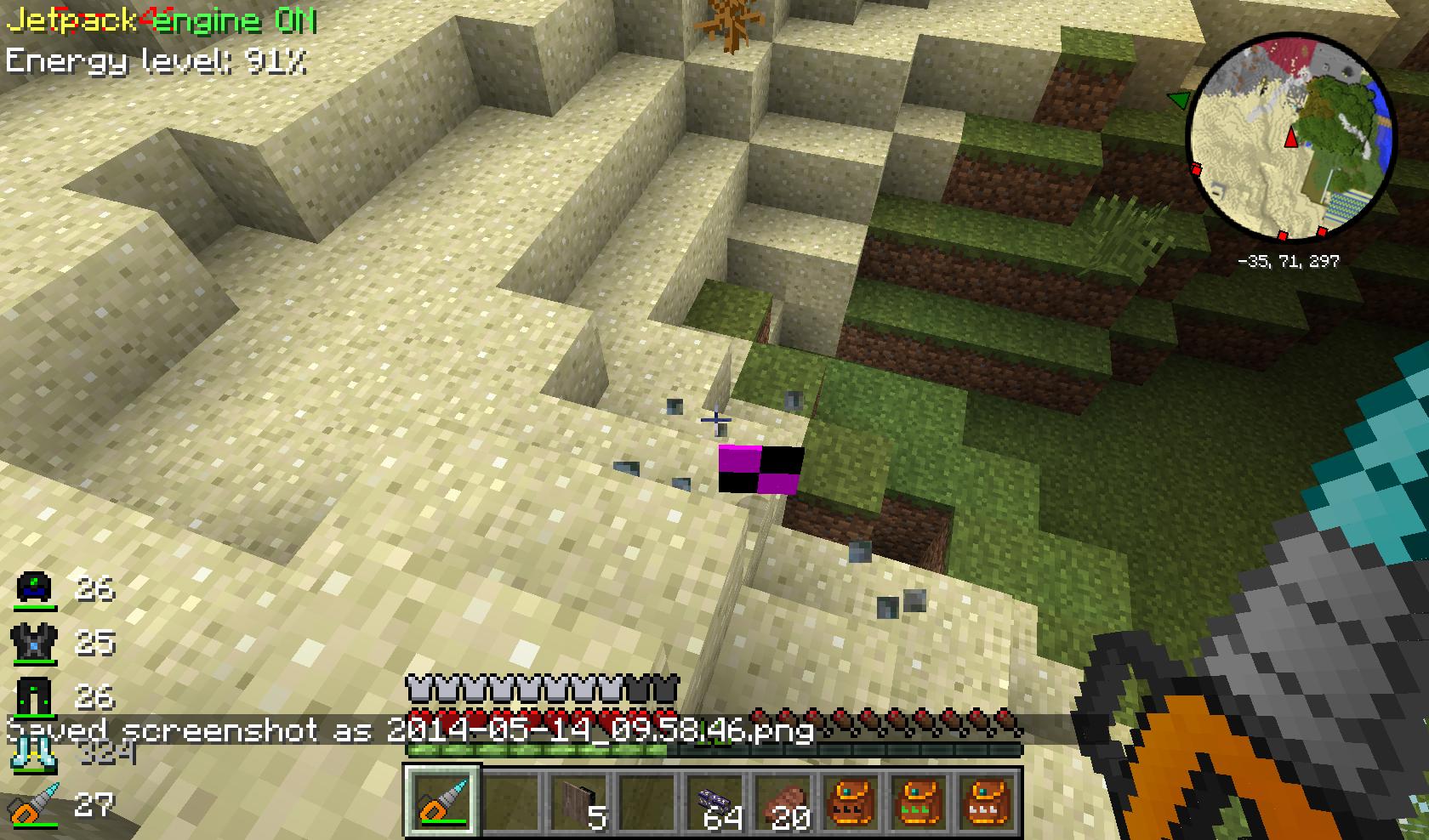 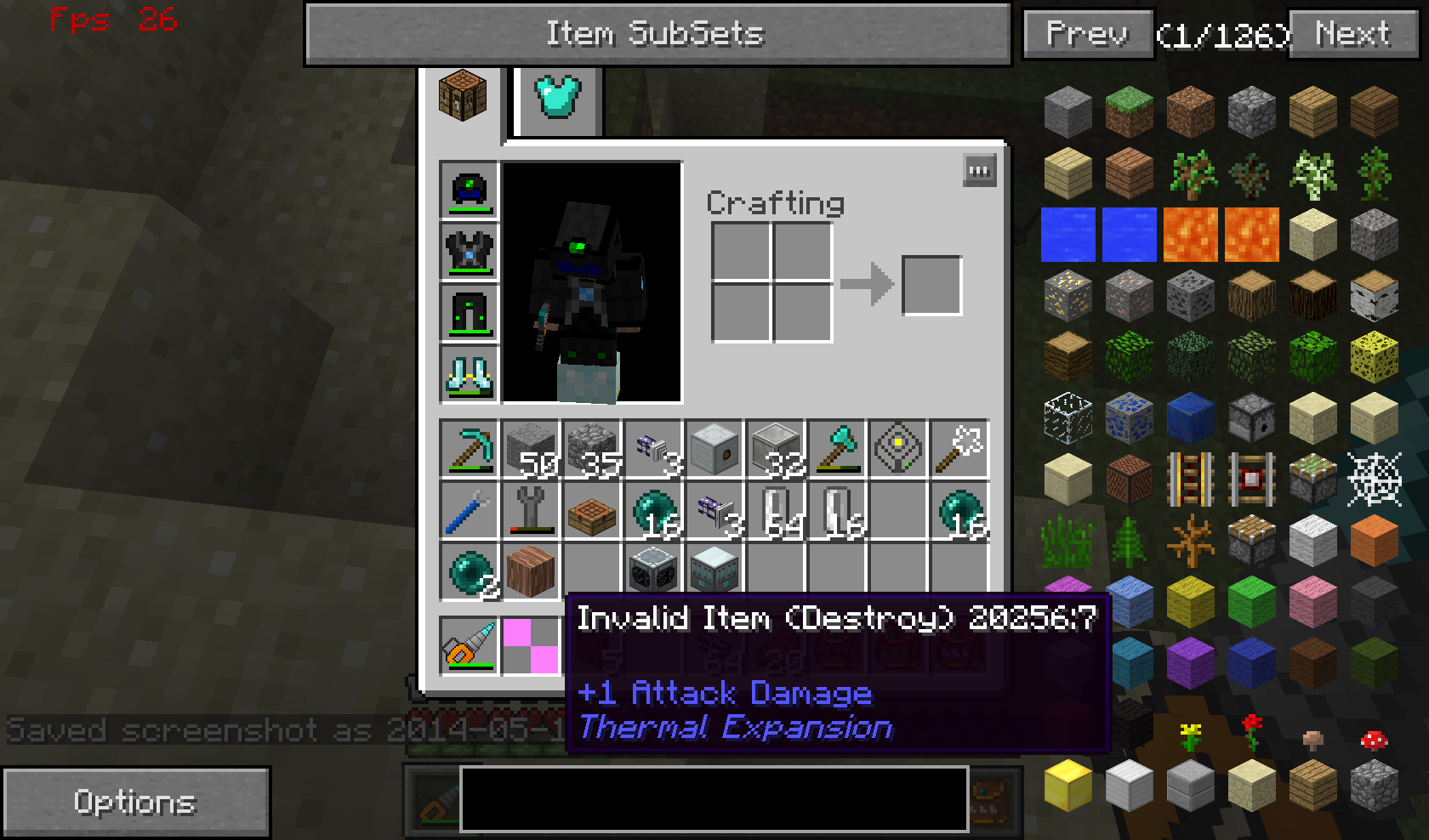 What can be the reason and how to fix that?

This is a clear case of an ID conflict.

The Ars Magica moonstone item uses the ID 20256, but this same ID is also used by Thermal Expansion for that "Destroy" item (that is probably used for something hidden in Thermal expansion). The Thermal expansion item is used because these are loaded later in the boot order (loading order is alphabetic over the jar/zip files as far as I've seen)and thus overwrite the previous Ars Magica item.

After some thinking I solved the problem: I opened the config file from Ars Magica and changed the value of "I:ItemIDRangeStart" on the section "items" for some other value, (I used 19744) and then deleted the list of IDs on the same section. By testing, I confirmed that I was able to craft the moonstone as it should be, I even placed the block on the world and broke just to make sure. After it I just trowed the "invalid" items on the lava and spawned the right ones to make it even. The last step is to turn the config "B:RetroactiveWorldGen" to true so you can get the blocks affected by the ID change on the already loaded chunks. Don't forget to backup all the process and good luck :)

Not the answer you're looking for? Browse other questions tagged minecraft-java-edition mods or ask your own question.

2
Minecraft modding, besides where it is installed, what are the differences between client and server mods?
0
Why don't mined blocks show up in my inventory on my Spigot server?
1
Receiving tesseract does not interact with build-craft transport pipes
2
Villagers disappeared
1
Server Resource Pack not working with link to Dropbox
3
What comes after Cobalt and how do I get it?