Average performance in ESO with my setup

At first I thought that the game itself just can't handle my setup as it has been released recently. Some guys may agree with that.

But I'm not happy with that. I do not get hard stuttering with my PC, but there has to be anything that I can get way more performance in ESO. I get around 30-60 FPS everywhere, no matter if I'm in a region where my graphics card gets stress-tested or has to rest.

When opening GPU-Z and the Taskmanager, I always see that my GPU only uses about half of it's capacity.

You can also see that my Fan Speed is at about 10%, which means that my GPU is sleeping while I play the game. Also my CPU got some capacity left, so that may not be the bottleneck.

In every other game I have no problem running at superultra-settings-and-beyond, but ESO seems to have a little personal warfare against me.

Sure there might be a performance patch or even an adjusted nVIDIA driver, but this more seems to me as I have to say my GPU that ESO is a game that needs juice.

How can I achieve a better performance?

The Elder Scrolls Online is very heavily bottlenecked by the CPU and there are some problems with the multithreading.

You should try the following:

This will disable multithreading and is not a recommended setting; but it solved stuttering and FPS drops for some people.

It seems that The Elder Scrolls Online is just poorly optimized on Ultra settings and the performance you're getting seems to fall right where it should according to benchmarks of other setups. 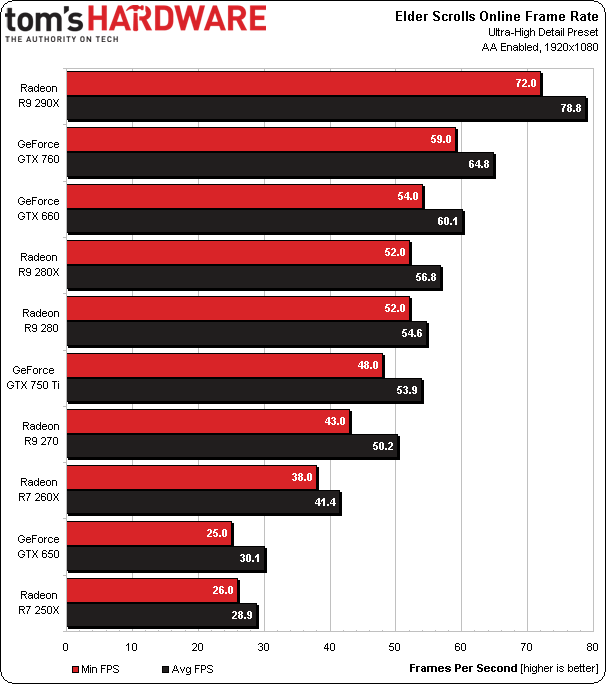 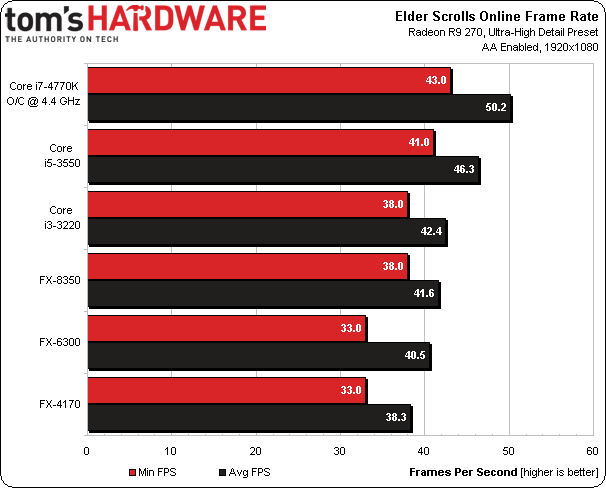 Not the answer you're looking for? Browse other questions tagged technical-issues the-elder-scrolls-online or ask your own question.

2
Heavy performance issues after location changes
0
ESO Recommended Server for India
5
Is there Fast Travel in ESO?
5
Wolfenstein Enemy Territory stuttery screen anything under 125 fps
3
Does skooma exist in ESO?
0
ESO - Condition/curse stacking
1
ESO: about crown store horses
1
ESO - What is this skill
3
Who is the elf from ESO trailers
1
Are lockpicks in ESO one-use only?