In what order do weapons fire?

If I have three weapons fully charged, pause the game and set them to target specific systems and then unpause, do the fire in the order I marked my targets?

The reason I'm asking is that it can be rather crucial when taking down shields. I want weapon 1 to take down the shield and weapons 2 and 3 to pass through. I do not want all the shots stopped by the shield. I hope my question is clear.

They will all fire at the same time. However, you can change the location of the weapon by changing the weapon slot it is equipped in. The ones at the front of your ship... 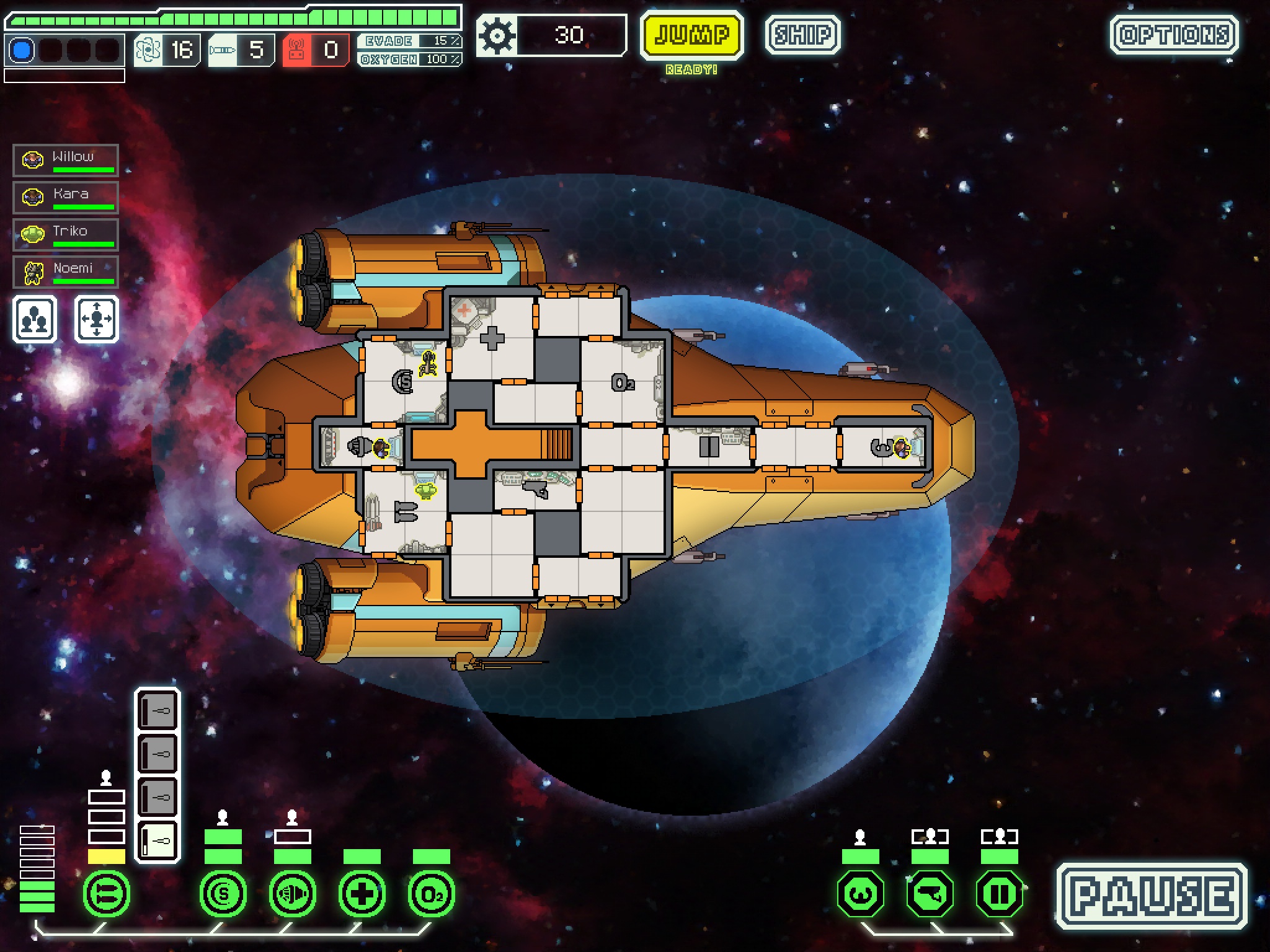 However, weapon speed is also a factor; when you compare them, ion and flak weapons are around the same speed, and lasers are almost two times that speed.

All of your weapons will start firing at the same time if you trigger them at the same time. Each weapon will arrive depending on the speed of the projectile and the firing delay of the weapon. The arrival time of projectiles is modified very slightly depending on where it is on your ship: weapons mounted at the bow will arrive faster than weapons mounted on the wings, because they have slightly less distance to traverse.

According to the weapons table on the wiki, the projectile-based weapons fire at roughly two speeds: laser weapons are fast, and ion and flak weapons move at a little over half that speed. Beam weapons, on the other hand, are nigh-instantaneous: they hit at the same time they fire. Bombs have a specific delay: after being fired, there's a short time until the bomb appears on the ship, and then another delay before it explodes.

Imagine you have the following weapons on your ship (ignoring, for the moment, that this configuration is impossible):

Your opponent has level 3 shields: they will avoid 3 shots of damage, and the shield system has 6 health (though it will cease generating any shield once it has taken 5 damage).

In a perfect world, you want the shots to arrive in the following order:

You trigger the weapons in the following order, unpausing briefly between each shot:

28
What are some effective strategies for boarding enemy ships?
27
Tips for killing enemy crew without use of boarding parties
29
How do I optimally use the Ion weapons (Ion Blast, Ion Blast Mark II, Heavy Ion)?
10
How do shields affect beam weapons which don't deal damage?
1
What counts as "using only missiles" for the second Rock Cruiser achievement?
5
How do I cancel a shot?
3
How do I defeat the Flagship with an Engi ship, focusing on Ion Weapons?
11
What are the tactics associated with stunning weapons?
7
It is optimal to target weapons in FTL?