I noticed that when the enemy has visibility of a champion, the indicator above them is different between Warwick's Blood Scent and most (all?) other abilities, such as Cait's trap. Here are screen grabs of the two: 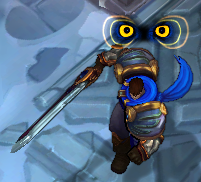 Is there any functional difference between the two?

There are specific vision indicators as you have already noticed but you cannot tell whether somthing is true vision (ignores stealth) or just a normal vision (ignores fog of war / bushes). This depends entirely on the spell that is cast.

A Nidalee trap grants vision to a stealthed target and it used to have the same indicator (second picture) as Corkis Phosphorous Bomb (Does not reveal stealth).

If you see such a thing above your head it basically just means that the enemy has vision on this champion.

Here you can find a list with all stealth detection methods.

Here you can find a list of all vision generating spells. You will notice some of them use the same Icon as stealth detecting ones.

The following Champion spells use individual "marks" for vision.

Diana Q (Champion is pierced by a ray of dim light, does not reveal stealth)

Talon Q (Blade above the target, Does not reveal stealth directly but prevents from entering it due to ticking damage) 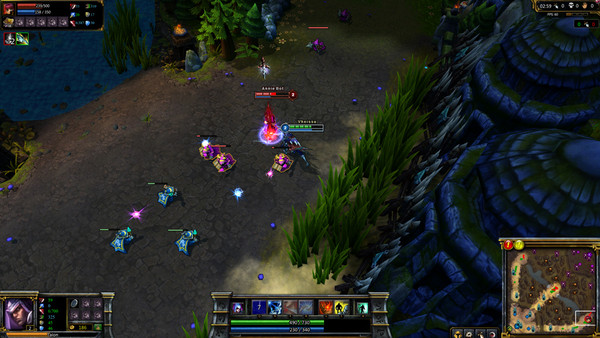 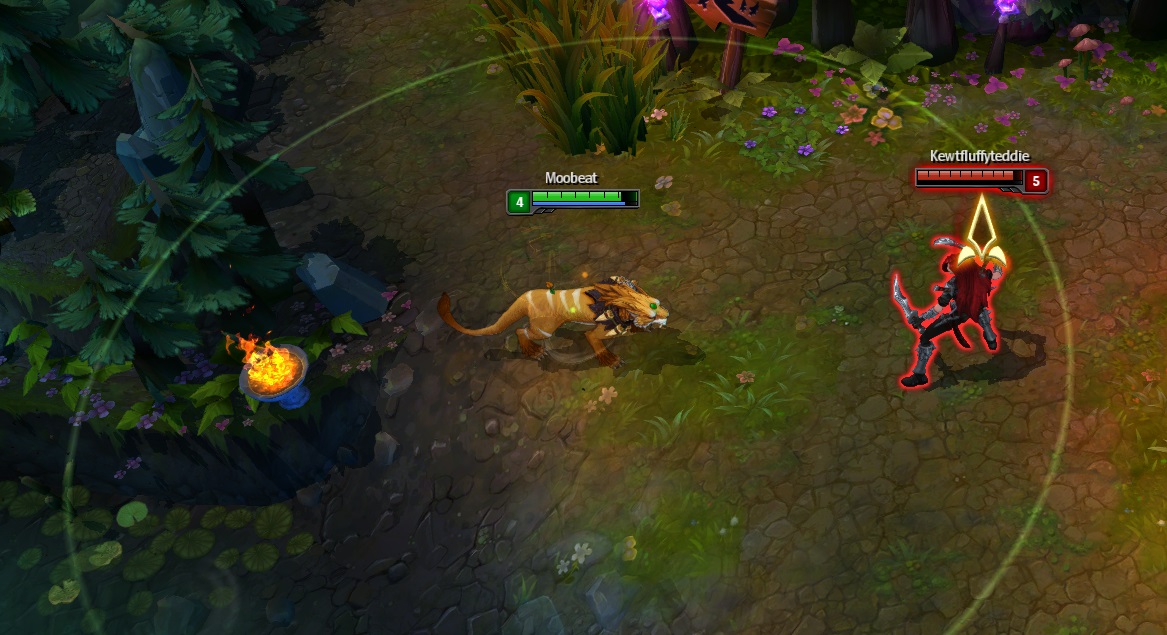 Rengar R (Not really a mark, but the champion glows red, reveals stealth) 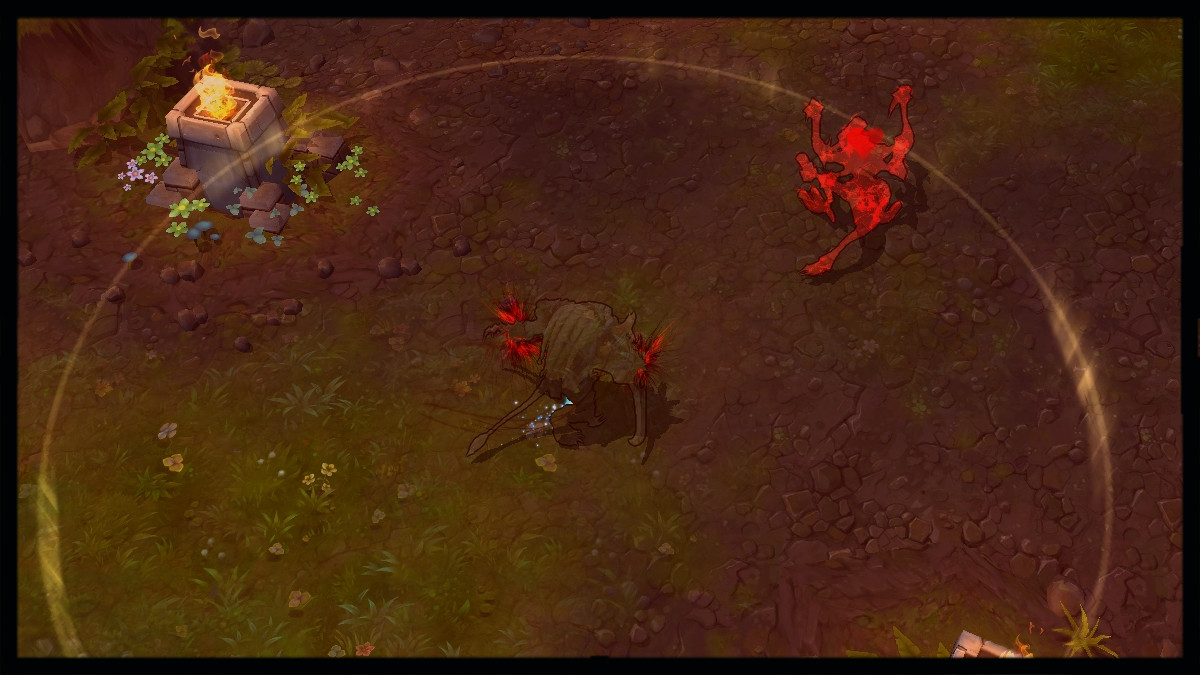 You'll also notice a difference with the icon displayed by Nidalee. Why? They give different bonuses.

The eye-like icon is used to indicate that you only have vision over the champion, nothing else (Cait's trap and other such abilities).

While any enemies are revealed this way, Warwick has increased movement speed

KITTY SPEED LIMITS At any one time, Nidalee can never receive more than a total of +30% Movement Speed from The Hunt and Brush movement speed bonuses

There are other specific icons (like Twisted Fate's ult) so here's a list of the spells giving vision (thanks Jutschge).

10
Mastery Page "Temporary Changes"
10
Why doesn't Vladimir use Life Steal items?
4
How long do defend quests last?
4
What is the precedence of Guardian Angel compared to other revive effects?
4
Why not ADC Nami?
3
Retrieving data from server/ Unknown error
16
Why is the marksman bot so firmly entrenched in the meta?
2
Is it worth it to play around with rune pages or should I stick to guides?
2
Yuumi’s you and me untargetable questions