Does using the card Tracking with less than 3 cards remaining in your deck cause you to take fatigue damage? 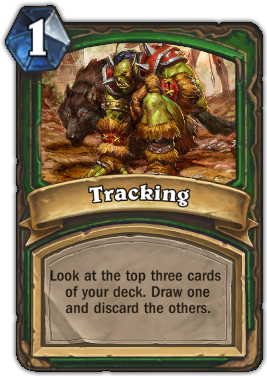 For instance, if you have 0 cards left in your deck, and use tracking. Do you take 3 rounds of fatigue? Or 0? Because you technically wouldn't draw anything. But you do go through 3 cards.

Context: I was a priest and I Mind Visioned a hunter who was holding a single card, Tracking. He had no cards left in his deck. I assumed he was holding it because he wanted me to think that he had a viable option for 1 more turn OR he didn't want to take more fatigue. 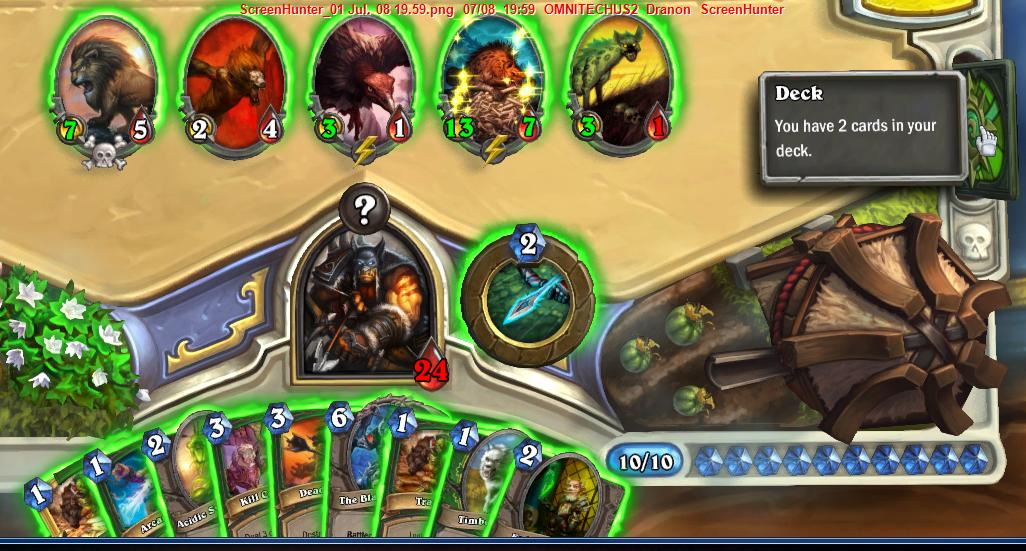 Having 2 cards left, you would look at the 2 of them and pick which one to draw and discard the other, no fatigue taken. 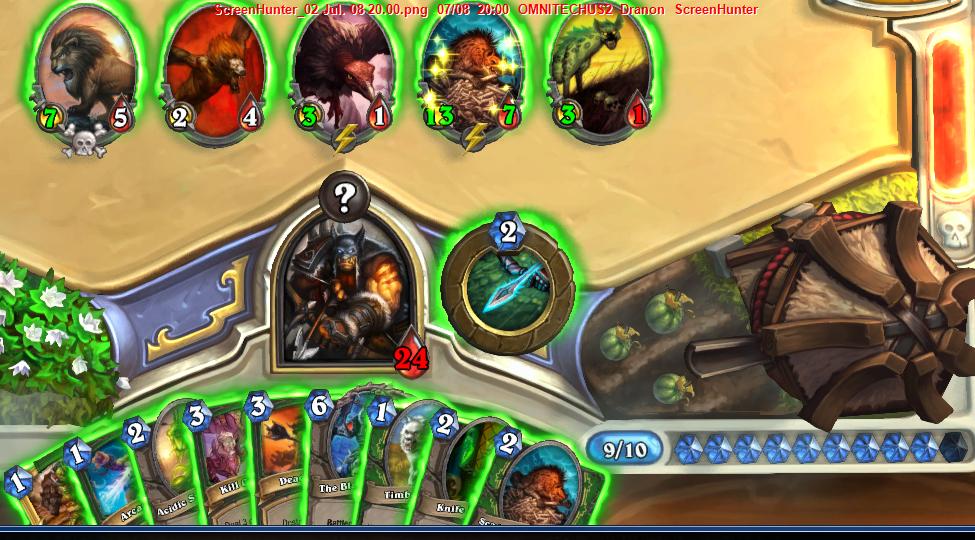 Having 1 card left, you would look at that card and draw it, being the lone card left, there's no option for you to choose from. No fatigue taken either (as Studoku confirms in his answer).

Having no card left, you don't take a fatigue hit, since you can't look up at any cards, you can't draw one, no fatigue. 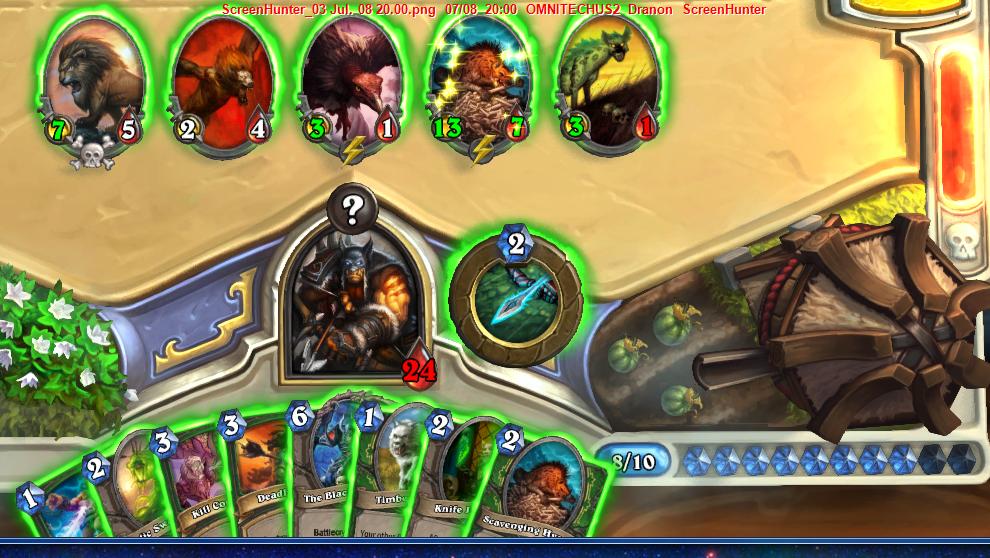 As you can see from the screenshot of my testing, my health haven't changed after playing the second one with no more cards.

Looking at cards doesn't count as drawing them, neither is discarding them considered a draw attempt.

Note that fatigue is represented as a card but it's not a card at all, it's just the way Blizzard decided to represent it. It could have been a stabbing dagger, a chicken biting you or whatever... so don't mistake the look fatigue got with it being anything but a effect of having no more card and having to draw one.

Just tried this with a control hunter deck and practice mode.

Using tracking with 1 card in your deck lets you look at it and cause your hero to announce he's out of cards. You are then forced to pick that card, putting it in your hand. You take no fatigue damage.

7
Why don't more people run BloodKnight?
5
How high is the probability that a hunter has an Unleash the Hounds combo in their hand?
8
How many cards will one draw, if more than one Arcane Missile hits the Acolyte of Pain?
11
Can you do anything with the third copy of a card other than disenchanting it?
4
Can you buy specific cards with gold?
7
Is The Mistcaller placing a buffed state that triggers when ever I draw a card, rather than buffing cards of my deck in place?
4
Do Plaguelords have infinite cards in their deck?