Keyboard with macros support from Blizzard

I thought macros are prohibited from use in Starcraft 2 multiplayer, but recently I've found a keyboard being sold by Blizzard:

Designed specifically for Blizzard Entertainment's highly anticipated Starcraft® II Wings of Liberty™, SteelSeries introduces the StarCraft® II Limited Edition Zboard™ Keyset. The custom designed keyset features labeled game commands on each key, in-game shortcuts, and artwork from the game. The gaming experience will enhance drastically due to one-touch macros and the ability to fully customize each key. This Limited Edition Keyset is a valuable tool for StarCraft II players looking to immerse themselves in the game and improve their performance and actions per minute (APM).

What does the bolded statement mean and what macros are supported/provided by this keyboard?

I thought macros are prohibited from use in Starcraft 2 multiplayer[...] - Budda

Reports have been coming in of Blizzard banning players.

Pros can't be reached for comment, and Noobs are holding on for their dear lives.

We have confirmed reports that users have been banned. The following is a quote from one user:

i was using the g19 logitech keyboard.

aparently bliz has a way to find if you macro onto keyboards.

I was using it for build orders, very simple macros to pop out some units with one button instead of 2.

We now go live to Connie Chung with a response to Merikh by Blizzard... Connie?

Earlier today we met up with World of Warcraft GM Taudarak and he had this to say:

Dark news for keyboarding macro users every where.

Next up: Sports! Can the Nagrand Stranglers take on the Kapulu Roughriders? More after these messages

One key should be for one single action.
If not, you fool yourself and you are considered cheating…

The one-touch macros are on the right:

It can be fully customized through the use of the included SteelSeries Z Engine software, which enables macros to be dragged and dropped onto specific keys by use of the program.

For more information, refer to the SteelSeries Zboard website and a screenshot for the Zboard.

An example of the Z Engine which supports a lot of different games and Z keyboards: 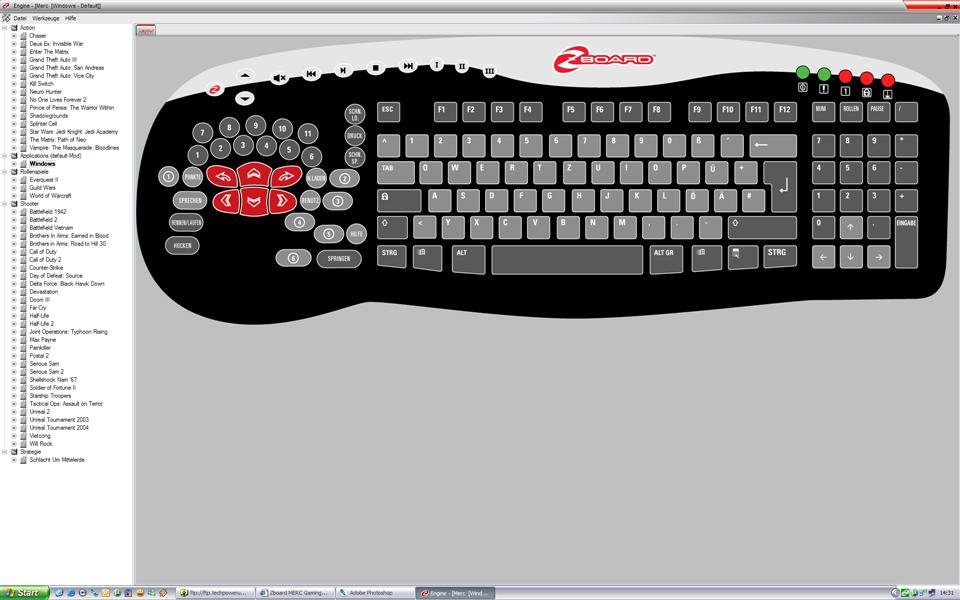 as you can see from description SteelSeries puts simple key remapping as 'macro'. It was really helpful before user able to edit keyboard layout in-game.
Anyway it doesn't mean that other devices cannot do real macro.

Use your best judgment. If you think it may be cheating it probably is.

SC2 now provides the ability to remap keys in-game so under most circumstances you shouldn't need a 3rd party software or fancy keyboards to accomplish what you need.

A macro such as build a drone -> s,d would probably not get you banned.

However, a macro such as select queens, inject all hatches, sleep for 26 seconds and repeat would.

Anytime you introduce a time delay or looping into a macro, you are boting and may get banned.

Not the answer you're looking for? Browse other questions tagged starcraft-2 keyboard .

1
What keyboard macros are useful?

12
What is Blizzard Time?
4
Steelseries Apex macros
8
Gaming with an ergonomic keyboard?
7
Does Stardew Valley have poweruser keyboard support?
1
Vainglory with iPad Pro Keyboard
1
Is The Binding of Isaac well playable with keyboard?
0
Activating keyboard macros from mouse? (ROCCAT)