Will Boots of Swiftness + Tenacity be a good item for Off-Tank champions?

Though at times, when i'm using a semi-tank type champion, I mostly get frustrated for being slowed/stunned/rooted when i'm about to chase/initiate/kill enemy champs, especially those who love to be isolated.

I want to know if it is worth buying boots of swiftness + zephyr since the boots reduces slow effects and has better MS than mobility which gets lowered when in combat ( not useful when i'm the initiator ) with the tenacity of zephyr/ancient golem if from jungle.

And if I will get the slow reductions from the defensive masteries, will it still trigger with the boots + tenacity bonus?

Usually you don't want to buy boots of swiftness on any champion except on Singed or Hecarim but even for those two swiftness is very situational and it's usually better to buy Ninja Tabi or something like this.

Now another thing you should think about is: Can my champion really benefit from the stats on Zephyr? Of course Tenacity, CDR and Movementspeed are good on every champ but Attackspeed/AD isn't that useful on all bruisers.

But let's see where you can buy Zephir for extra movementspeed, Tenacity: 2 Champions that come to my mind that work actually pretty well with Zephyr are Udyr and Irelia. Both are Rather tanky, benefit from Attackspeed, AD, CDR and Movementspeed. But boots of swiftenss? The main problem with these boots are not that they are "bad" but that there are other boots that are far superior to them. If you take ninja Tabi for example you will get a good amount of base armor which is very strong early in the game and 10% damage reduction from basic attacks. This means you are negating a huge amount of damage coming from AD Based champions.

Recently riot also removed tenacity from the tank jungle item (Spirit of the ancient golem). This basically means that now there are only 2 Items on summoners rift that provide tenacity and only one of those two Items is viable on a lot of champions (This somehow sounds familiar to season 1 eh?). Unfortunately tenacity is a really important stat if the enemy has Hard-CC with a duration of 2 seconds or longer. So here a little overview of when to buy which boots. Bold Boots are a good option when buying a Zephyr on bruisers.

The thing with BoS and why they aren't that viable: They reduce the effectiveness and not the duration of a slow. If you are slowed for 40% you will lose 10% on that slow but you are still slowed by 30%. This is still a huge slow when playing the game.

A correct boot choice is important! 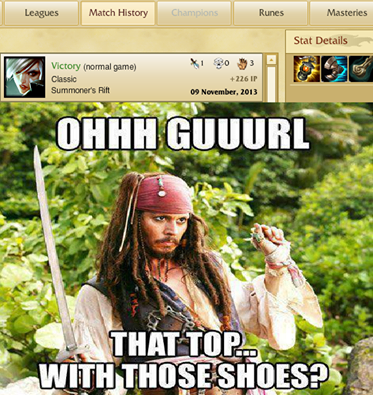 Don't be this Riven

5
Builds and strategy guides for champions
1
Will AP items and runes help auto-attack heavy champions?
2
What is a good item build for support with Blitzcrank?
9
What counts as combat for boots of mobility?
2
What ranged champions are good at top lane?
2
What situations/champions are Manamune designed for?
1
Runaan's Hurricane effects for these champions
3
Will item effects proc on modified Smite?
7
Are different champions required for different lanes?