What is the "Use VBOs" setting?

In the 14w29b snapshot there is a new option in the "Video Settings" menu called "Use VBOs": 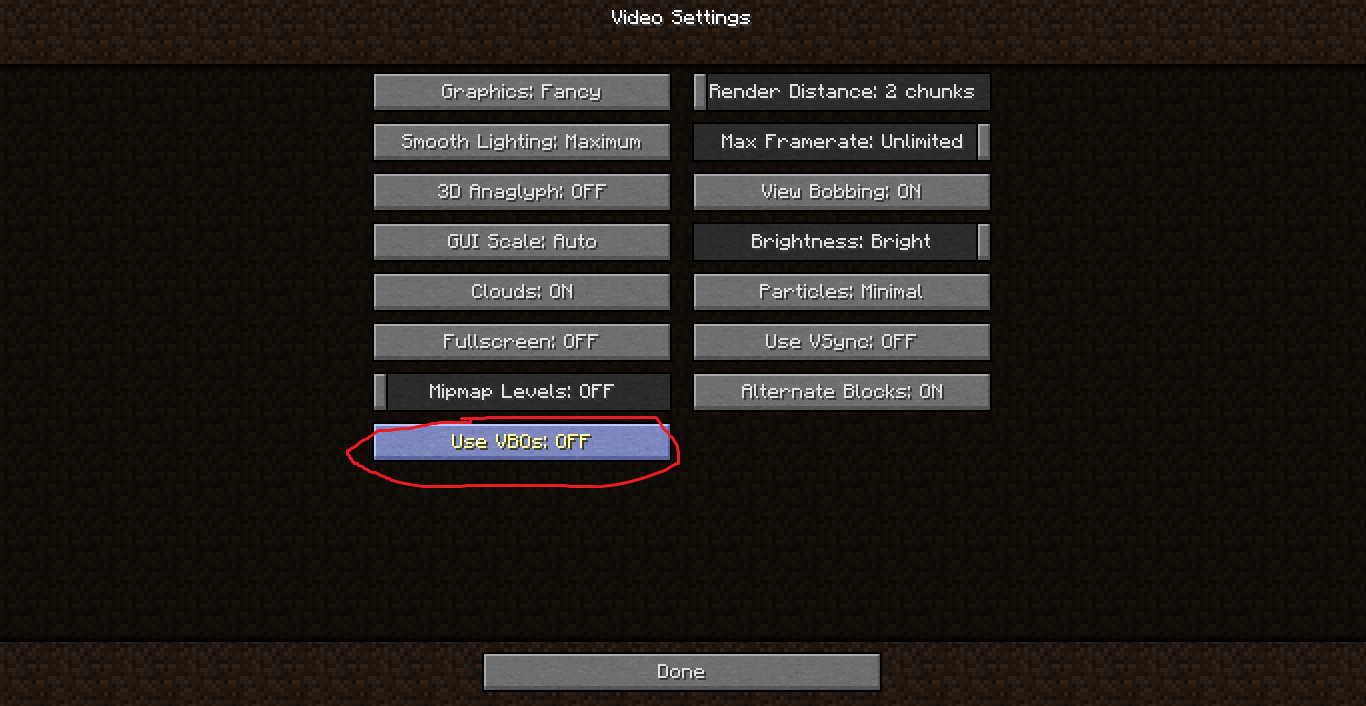 The snapshot update says that enabling "Vertex Buffer Objects" should increase your FPS by 5% to 10% on average.

I am looking for a simple explanation of what VBOs do visually and how they work.

The answer provided by Flaunting is correct, but in case anyone is interested why it might be more efficient, here is an explanation.

In immediate mode (I think this is the default case in minecraft) when you want to render say a square: 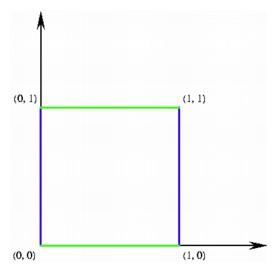 You would issue the following commands each frame (in pseudo code)

For one square, this is not a lot, but there could be millions of vertices in a scene, and they may have more attributes (colour, normal etc.). This is a lot of data to send to the GPU each frame.

Using VBOS, you would load all of the vertex data into GPU memory at the start. Pseudo code might look like this:

The OpenGL code will give you back a 'name' for this VBO (a non-zero unsigned integer iirc). You can then reference this when you want to draw the square. So each frame, you only need to issue one draw command:

You may have to set up the drawing state so that it uses pairs of vertices for lines, but for each additional VBO, you only require one extra draw call. In fact, for static level geometry (probably not applicable in the case of minecraft) you can combine all of these vertices into one massive VBO, if you have enough GPU memory.

I'm surprised that the speed-up is only 5-10%. This is probably because of the dynamic level geometry.

From the Wikipedia article

A Vertex Buffer Object (VBO) is an OpenGL feature that provides methods for uploading vertex data (position, normal vector, color, etc.) to the video device for non-immediate-mode rendering. VBOs offer substantial performance gains over immediate mode rendering primarily because the data resides in the video device memory rather than the system memory and so it can be rendered directly by the video device.

It does this by reducing the workload on your CPU & RAM and reassigning it to your gpu memory, this is only recommended if you have an okay to decent graphics card

It substantially increases speed by reducing workload need from your processor and system memory(RAM). Instead using your graphics card memory increasing performance.

5
When I break blocks they just reappear?
6
Minecraft 1.9 freezes if I click on things too quickly

12
What does the Advanced OpenGL setting in the video settings of Minecraft do?
11
Minecraft: Is setting the spawn-monsters setting to false equivalent to peaceful?
3
Is there a way to lock the difficulty setting in minecraft?
6
Inventory Slot Detection
2
Allocating more RAM for minecraft (Other methods were already tried)
3
What Minecraft sound setting are minecarts in?
2
How to /give a written book in Minecraft Java 1.14?